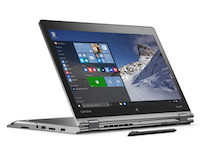 5 Features that Windows 10 has the OS X El Capitan doesn’t.

Number 5: A Voice Assistant is built right in: Cortana is Microsoft’s answer to Apple’s Siri. Cortana provides search, schedule management, weather information and even lets dictate emails. Voice input is a great way to interact with your PC and it’s something sorely lacking on the Mac. Considering Siri has been around a lot longer on iOS, it’s surprising Apple still hasn’t introduced it for OS X.

Number 4: You can draw and write on web pages: Microsoft has retired its old Internet Explorer web browser and replaced it with Edge. So long as your computer supports touchscreen input, you can draw and annotate web pages with notes that are easy to share as image files with other people.

Number 3: Windows 10 supports touchscreens: Windows 8 introduced the world to a fully touch-capable version of Windows, but Windows 10 improves upon it in a number of ways. The relationship between the traditional, mouse / keyboard-based desktop environment and the fully-fledged tablet mode is much more streamlined. The modern UI has been scrapped and pen or finger-based touch is much more intuitive. Of course OS X continues to lack touchscreen support.

Number 2: Windows 10 allows Xbox games to be streamed to your PC: Microsoft has truly integrated its ecosystem with compatibility between the Xbox and Windows allowing for wireless streaming. You can now wirelessly stream games from your Xbox console to your laptop or desktop PC and play them there. Furthermore, you can now play multiplayer games with friends playing on an Xbox while you play on your PC.

Number 1: Windows 10’s Continuum feature adapts the OS to the device you’re using: Entering tablet mode on your Surface or other Windows-based tablet / laptop hybrid allows you to transform your PC. Remove the keyboard on your tablet and the OS automatically switches to tablet mode, reconnect it again and you’ll return to mouse and keyboard input. The OS and all open apps will be immediately modified back to traditional desktop configurations.