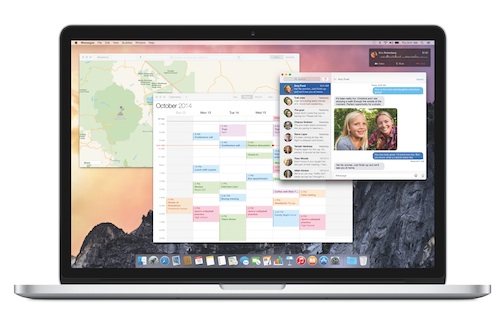 Windows users who switch to Apple’s Mac ecosystem do so for many reasons. Maybe they become tired of technical issues they may encounter on the PC, maybe they simply fancy a change or they need a Mac for a specific software package they can’t run on Windows. In my view, Macs are simply an alternative to a PC, a different interpretation of how a personal computer can be. Both systems have their own unique strengths and weaknesses, in this video I’m going to give you my Top 5 reasons to go Mac.

5. Apple produce their own professional software: The fact that Apple design and build the OS and much of the professional creative applications for it is a significant benefit. Applications like Final Cut Pro X, Logic Pro X, Motion 5, Compressor 4 and MainStage 3 are designed to work in lockstep with OS X. This provides greater stability, integration, performance and above all, support directly from Apple.

4. Viruses are rare and bloatware is non existent: Some PC Manufacturers tack on a lot of their own third-party software in Windows 10 that can make your system a little sluggish, hence the term bloatware. It also takes up unnecessary amounts of hard drive space. Apple doesn’t include anything like that, all Macs come with exactly the same software configurations out of the box. Furthermore, though Macs can get viruses, they remain extremely rare, particularly when compared to Windows.

3. Software updates are less intrusive: Though I do like Windows 10 it suffers heavily from that long standing Windows problem of regular software updates, patches and required system restarts. OS X’s updates are very infrequent and don’t nag you nearly as much. You might only need to restart your Mac to install an update once per month at most.

2. Battery life is generally better on a Mac: Numerous benchmarks have proven over the years that MacBook laptops have consistently better battery life runtimes than their PC counterparts. However, there is a downside. Because Apple has removed the upgrade potential of their laptops, it’s no longer possible for the user to replace the battery as it is on the Windows laptop.

1. Performance is optimised & remains consistent: Unlike Windows, OS X doesn’t become sluggish over the course of several months. Though software updates will slow things down overtime, the decrease in performance is not nearly as dramatic as with Windows.

With the exception of the Ultrabook MacBook and the severely neutered Mac Mini, Apple’s lineup actually provides pretty decent specifications on their iMac, MacBook Pro and Mac Pro machines. The trouble is that the barrier of entry in terms of price is not exactly cheap. Apple Tax keeps many people from going anywhere near the Mac ecosystem.

Furthermore, as I’ve mentioned in my video, 6 Things Windows PCs can do that Mac Computer can’t, Macs are poor gaming platforms. Windows remains the best gaming system not just because of all of the current AAA games available for it, because of it’s backward compatibility with a significant back catalog of titles.