Modern progressive liberals, or as Sam Harris & Maajid Nawaz have dubbed them, regressive liberals, have done a good job of silencing speech they don’t agree with online. Whether it’s discussions criticising political ideologies or the latest round of identity politics and social justice, it’s clear that freedom of speech is under threat on the Internet. 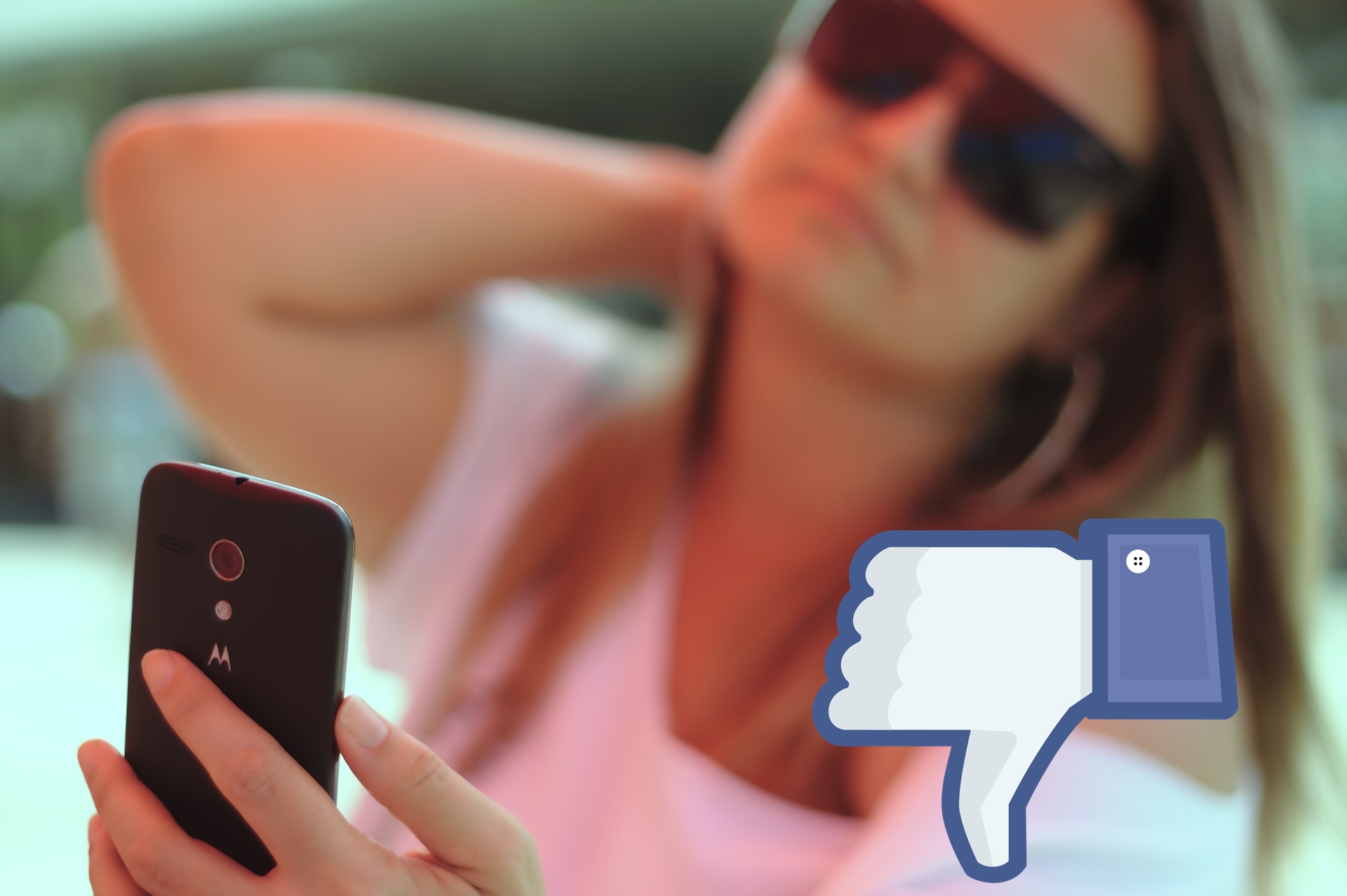 Websites such as Tumblr and Twitter have become sanctuaries for the irrational, politically correct SJWs who are determined to censor opposing views. We can see this in the behaviours of leading feminists who often disable likes and comments on their YouTube channels so as to protect themselves from the arguments against their positions. While I agree that abuse and bullying are unquestionably unacceptable online, there is no such thing as ‘cyber violence’.

I occasionally receive the odd negative or distasteful comment now and then and you learn to build up a thick skin against it. It’s part and parcel of the Internet. However, cry baby ideologues complain that simply telling someone that they ‘suck’ on Twitter is a hate crime.  If you’re going to behave so delicately online as to get bent out of shape over something so harmless as a line of text on the Internet, then the web may not be for you.

Nasty words on the Internet that you receive on your iPad in the comfort of your own home are not the equivalent of rape or physical assault. Get over it! If you’re an adult, behave like one. Play the hurt feelings card and labelling such comments or even valid counter arguments as offensive is the recourse of a psychologically fragile human being. You’d swear it wasn’t possible to simply switch off the Internet and walk away. This is how coddled the modern millennial generation has become. They want to feel safe all the time. Freedom of speech ends where their feelings begin.

So it is with this climate of reality denying egotism that certain social media websites flourish and none more so than Facebook. Studies have shown that frequent uploaders of selfie photographs to social media are more narcissistic than most people. I’d lay odds that there’s someone who pops up just a little too frequently in your Facebook news feeds sporting a duck face while holding their smartphone camera at arms length.

The problem with Facebook as a social platform is that it rewards bad ideas, self-centred behaviour and fails to enable a counter narrative. It’s not just selfies that indulge the truly vapid and socially insecure out there, it’s also their endless posting of attention seeking, sympathy baiting status updates.

Up until recently, Facebook has allowed users to only interact with posts by liking and commenting. This week, Facebook has introduced a series of emojis, which will allow users to provide more specific and appropriate responses to certain updates. For example, if you’re dog is feeling under the weather or you’re grandmother just passed away, ‘liking’ a status update relating to these stories is probably not the most suitable response.

Now users can choose from 7 responses, they can select ‘like’, ‘love’, ‘haha’, ‘yay’, ‘wow’, ‘sad’ or ‘angry’. Of course it will now be possible for people to laugh (‘haha’) at sad news and be ‘angry’ at someone’s good news. So the potential for abuse and further Facebook bullying has actually increased here. 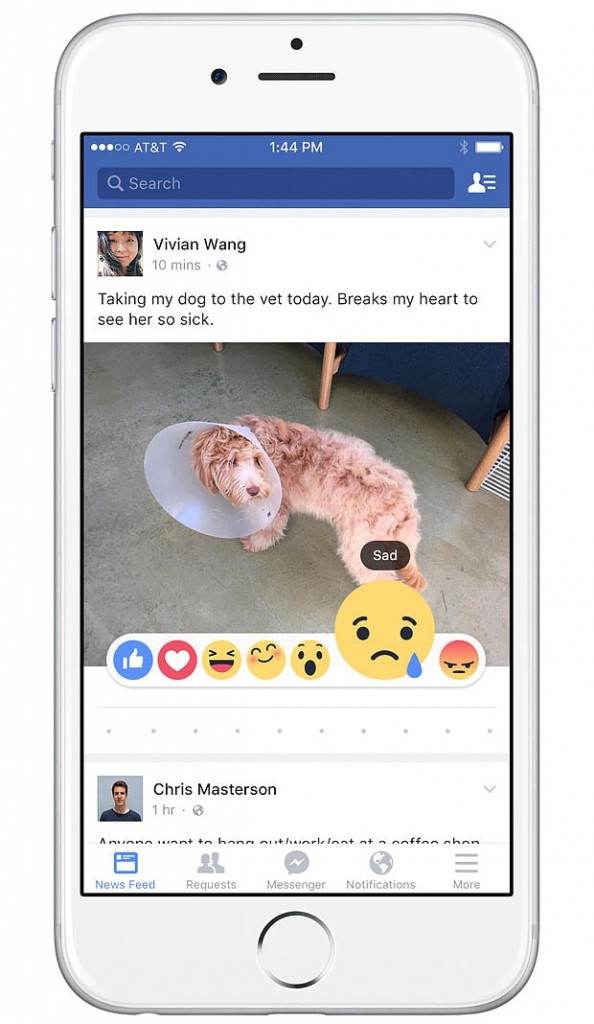 I deleted by personal Facebook account three years ago. Good riddance, total time waste. My Computing Forever business is present on Facebook but that’s all. As I mentioned earlier, Facebook is a place where bad ideas or bad behaviour aren’t challenged due to the lack of a ‘dislike’ button. If one existed I have no doubt it would completely change the unrealistically vomit inducing positivity associated with the site. The narcissistic would have nowhere to hide.

If they said something or posted some questionable or annoying photo, they would be open to negative feedback from dislikes and that might hurt their delicate feelings. In other words, they would be forced to face the reality that the world is a marketplace of ideas, where the best ones garner respect and the worst ones receive ridicule or apathy.

By lacking a dislike button, the true nature of people’s reactions and opinions are preventing from finding an outlet. Facebook is one of the few social networks that encourages this indulgence of vanity.

YouTube on the other hand does not. While it’s true that YouTube provides the opportunity to disable likes, dislikes and comments, people who do this are not usually taken all that seriously. Censoring criticism is becoming a major bugbear online. If you disable the likes and dislikes on your YouTube video, you’re likely doing so because you know the opinions and ideas you’re presenting in your video will be scrutinised. You’ll find this all across the web, ideologues from young Earth creationists to radical feminists will prevent anyone from liking or disliking a video to protect themselves from the truth.

What they don’t realise is that people who do this aren’t taken seriously. YouTuber viewers who click on a video with disabled likes and comments are immediately dubious about the content and its creator. They think to themselves: “This video must be unpopular because it’s probably bullshit”.

A dislike button will likely never see the light of day on Facebook, to do so would force too many narcissists and special snowflakes to face reality. However it will be interesting to see how these new emojis are used, because certainly there is potential for them to be deliberately misapplied to certain posts as a kind of makeshift dislike button.