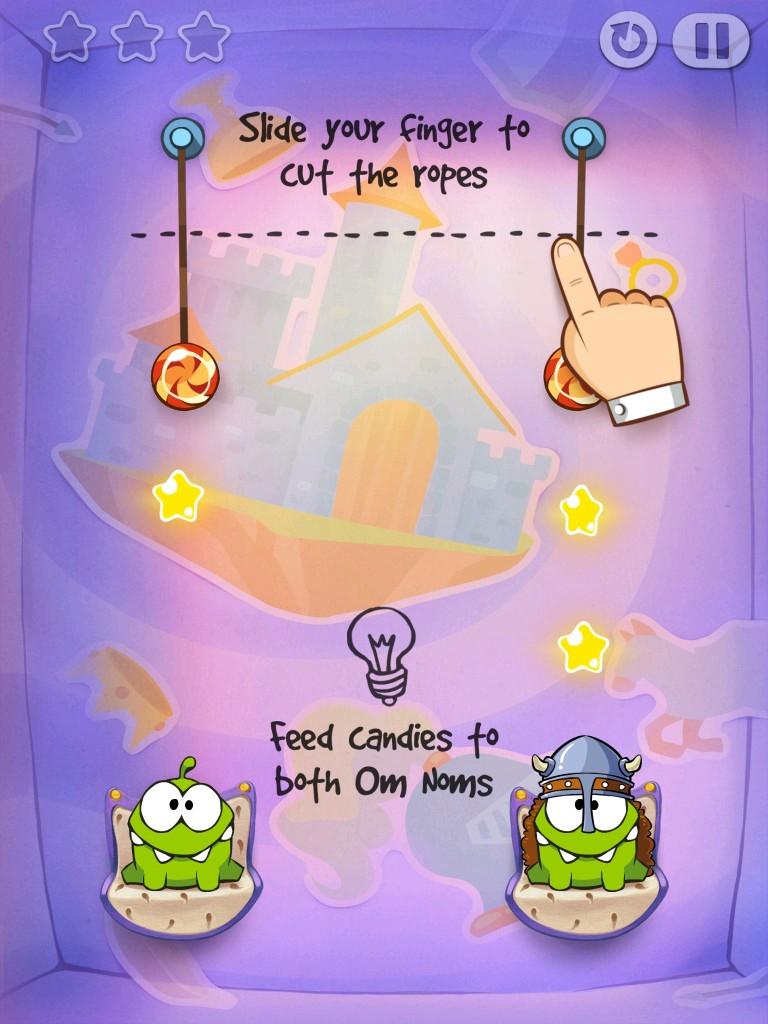 Mobile gaming on smartphones and tablets has a big problem and it’s one that is driving me nuts.

I don’t mind so much the freemium model of in-app purchases and advertisements, after all, developers have to make money some how and I am getting the game for free to begin with. My issue is with the incredibly condescending nature of mobile game tutorials and the ridiculous amount of loading and information screens.

When I was a kid, you picked up a video game on a console or a PC and you just intuitively figured out how to play it within seconds or minutes. Nowadays video game developers have infested their games with totally unnecessary and usually mandatory in-game tutorials that painstakingly demonstrate every single minute aspect of how to play the game. It’s actually insulting because gamers tend to be a pretty clever bunch of people and they certainly don’t need to be spoon fed how to tap on a screen, press a button or tilt a phone or tablet. It’s as if developers think all gamers are dumb, technology illiterate, bewildered morons.

What makes it even more annoying is that most mobile games on smartphones and tablets are very, very simple and devoid of much complexity, given the fact that these mobile devices contain much less powerful hardware than high-end PCs and consoles. So tutorials at the beginning of the game just seem totally unjustifiable and completely destroy the gamers sense of satisfaction of figuring it all out.

The only reason I can think that we’re seeing more of these irritating tutorials is possibly due to the fact that consumer technology has been simplified like never before, meaning the barriers for entry have been greatly lowered. Now the older generation are also using smartphones, so perhaps those elder and less tech savvy users require more help. But that’s just a theory of mine and I really don’t think it holds true for the vast majority of titles on the iOS and Android apps stores, given the target demographics for many of the more popular titles there.

The second big issue with modern mobile gaming I have is with the ridiculous amount of setup, configuration and information screens. Some of these screens relate to in-game purchasing information, unlockable content and achievements. Some of it is simply in-game configuration and setup menus, social sharing and scoring information. I find myself skim reading most of this garbage and trying desperately to find a ‘Next’ button or a ‘Play’ Button or some other large icon or button I can tap on in order to bypass all of this.

You likely know exactly what I’m talking about, you play a game for only 30 seconds to a minute or so and then you get hit with a screen to calculate your score, then a screen to show what you’ve unlocked, a screen for sharing your achievements on your social media, another setup menu screen, a loading screen and then maybe an in-app purchasing screen and finally an ad for different game entirely. All the while you’re desperately trying to navigate your way back to the game again and while you’re fumbling through all this unwanted, distracting and irritating mess of unrelated menus, your gameplay momentum has been totally broken.

A more eloquent solution is most certainly required if mobile gaming is going to positively contribute to the very important art form that is video games.

So my question to you today is, which games do you believe are the worse culprits of this behaviour and which freemium games get the balance just right?