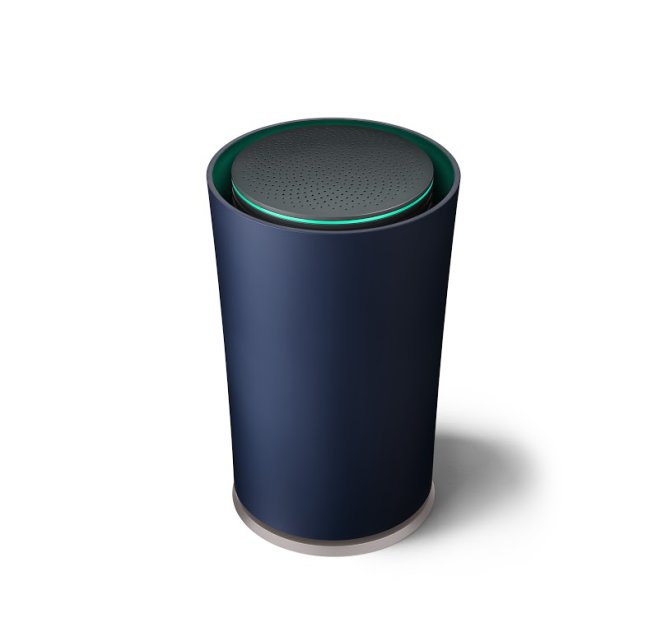 Google has released its latest home tech appliance in the form of a unique cylindrical Wi-Fi router called the OnHub.

Google developed the OnHub in conjunction with TP-Link in an effort to build an aesthetically pleasing product that the owner will proudly displayed out in the open. The OnHub is designed to tackle the problem of poor signal strength that many Wi-Fi routers suffer from, which is poor signal strength due to being placed in confined spaces.

The devices includes a removable outer shell that allows the user to exchange it for black or blue with more colour options to follow.

The OnHub includes 13 antennas, 12 of which are designed to transmit the signal and one for the monitoring of congestion on the network.  Of course the router meets modern Wi-Fi standards with 802.11ac and 5GHz frequencies built in.

The user interacts with the OnHub through the use of their smartphone via an Android or iOS app. The user has the capability to monitor traffic and prioritise network bandwidth for particular connected devices.