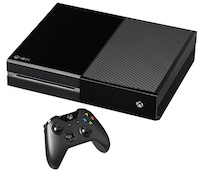 Phil Spencer, Microsoft’s head of Xbox has revealed that the Xbox One will soon be receiving keyboard and mouse support. This move will certainly separate Microsoft’s console from the Sony Playstation 3 and will provide gamers with enhanced, precision control.

I’ve personally never thought that a manufacturer would do something like this, but it’s most welcome given how many PC to Console ports suffer from lost-in-translation controls. I still maintain that the mouse and keyboard is a far superior way of playing a first-person shooter game than using a game controller.

There’s a much greater fluidity to it. When I first heard this news, I presumed that this meant Windows 10 might soon be introduced to run on the Xbox, but Spencer did say that there were no plans to introduce Windows 10 to Xbox streaming.

The Xbox One already provides support for keyboards, allowing users to enter text when needed, the mouse on the other hand will be a first for the Xbox console.

Nevertheless, a Windows 10 beta edition is expected to make its debut on the Xbox One some time after the summer so perhaps this mouse and keyboard functionality will play a more significant role