Why you should and shouldn’t buy an Apple Mac Computer 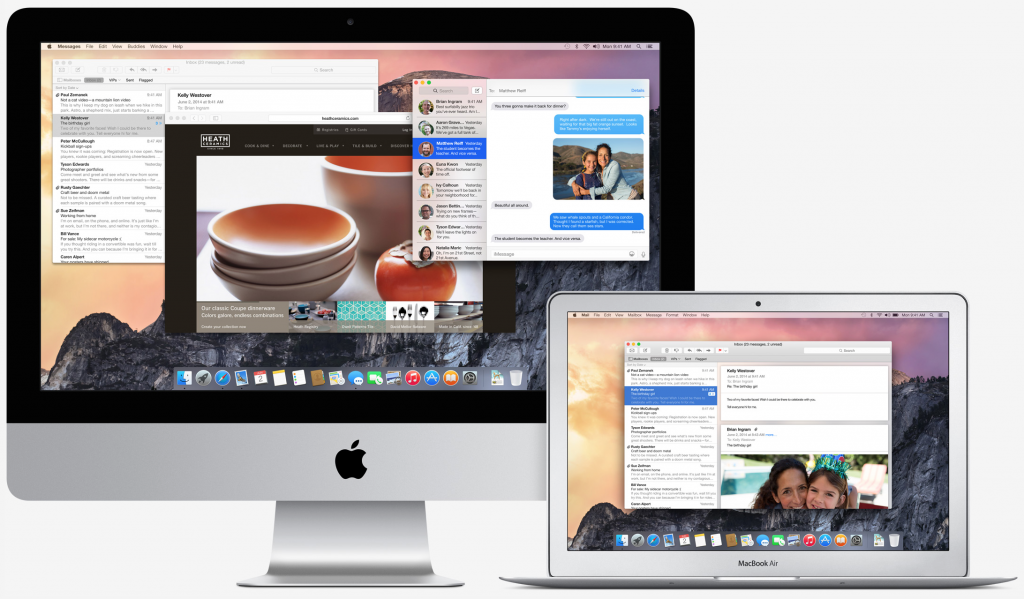 5: Macs are generally more stable: I have to underline the word generally here, because Macs do crash but in my own experience, major system lockups and crashes are far more likely on Windows than on the Mac. OS X is slightly more reliable than Microsoft’s ubiquitous desktop operating system but not by much. Because of Apple’s tight integration of apps, stringent app store approval process and the fact that they carefully optimise the software and hardware to work well together, generally speaking, Macs run pretty smoothly.

4: Macs are less prone to viruses: Yes they get them, hell I’ve had a couple, most recently some browser plug-in malware, but it’s a rarity because for the most part viruses are written for Windows and it’s harder to write them for OS X. But caution is still advised on the Mac, you’re not 100% safe so don’t become too complacent when it comes to what you download.

3: Apple’s build quality is high end: Mac computer have become renowned for how aesthetically pleasing they are on the eye. Apple were the first to begin the trend of designing and building their Mac laptops using aluminium unibody construction methods. The results speak for themselves. Although at times there has been some rather embarrassing public missteps like graphic card issues on the 2011 MacBook Pro or display issues on older iMacs. But these issues aren’t exclusive to Apple. In the main, Apple Mac hardware is right up there with the best of them. The computers feel premium and well built.

2: Macs resell very well: Although Macs are pricey when compared to their PC counterparts, they do hold their value very well over the years, which I’ve mentioned in a previous video. I sold my 5 year old iMac in 2013 for €550. Because of the strength of Apple’s brand, their computers are highly sought after, so when you’re finished with your Mac computer and wish to sell it, you can end up getting a nice bit of cash from it.

1: Apple’s customer care is top class: Apple consistently scores highly in customer care polls when compared to their competitors. This goes for not only the Apple Store staff but also their over-the-phone sales and support teams. I’ve always had nothing but positive experiences with them on the rare occasions I’ve had to contact them. Their staff are well trained, passionate about the products, hard working, extremely polite, friendly and professional.

Now for 5 reasons why you shouldn’t buy a Mac.

5: Macs aren’t great for gaming: Microsoft Windows PCs blow Macs out of the water when it comes to the video games available for them. Developers consider game consoles first, then PCs and then Macs. Although services like Steam, GOG.com and the Apple App Store have helped to bring more and more games to the Mac, for serious gaming, you cannot beat the significant catalogue of titles available for Windows.

4: Macs are expensive: While the expression “You get what you pay for” certainly applies, Macs aren’t cheap. Spec for spec, Macs are pricier than PCs, the justification is usually the build quality, design and the fact that OS X is a truly unique selling point. But while Macs are certainly simpler to setup and use, the overall cost difference is often tough to swallow.

3: Macs are hard to upgrade: While it’s certainly true that PC manufacturers are trying to make their computers hard to upgrade also, like with Ultrabooks and All-in-one PCs, Macs are notoriously tough to modify. Apple tend to weld components like RAM and hard drives to the motherboard, for true upgradability, the insanely expensive Mac Pro computer is about as serviceable as it gets with Apple, with most components upgradable. The 27-inch iMac only allows you to upgrade the RAM.

2: Switching from PC to Mac is a culture shock: OS X, while similar to Windows, is still significantly different enough to have a little bit of a learning curve attached to it. It’s certainly easy to use but still takes some getting used to. Most importantly, your Windows applications simply don’t work on the Mac, you’ll need Mac versions of everything. So be aware that you’ll have to say goodbye to certain applications you’ve used on the PC for years.

1: Apple are beginning to neglect the Mac: With the iPhone and iPad now occupying more of Apple’s attention, iOS has become more of a priority to them. OS X is beginning to fall by the way side with very little innovation over the years. It’s even taking its design cues and the direction of its features from iOS. iOS devices are simply more profitable and that means that OS X will likely suffer from a lack of attention and focus.