10 Video Games that Should Be Made into Movies 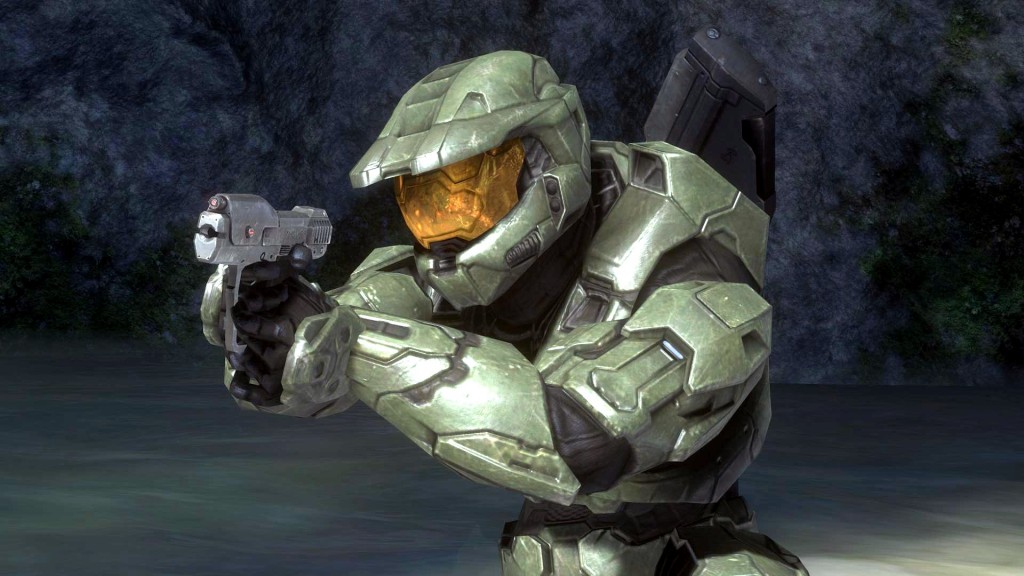 Now it’s time to give you my top 10 list of video games that really should become movies!

10. Halo: The Military  Sci-fi FPS franchise is iconic for its ring worlds, strong story-driven approach, blistering gameplay and an awesome cyernetically-enchanced super soldier. The character of the Master Chief has reached larger than life status right up their with video game legends like Mario, Sonic and Lara Croft. A movie adaptation nearly came to pass in 2007 but was cancelled sadly. If a film was made, it would no doubt require us to finally see the face beneath Master Cheif’s helmet.

9: Bioshock: Another FPS title that could make a great film series. The games explore themes of Objectivism and Orwellian content rapped up in a game that includes roleplaying and stealth elements. The story of a 1960s lone survivor of a plane crash named Jack discovering an abandoned underwater utopia of mysterious origin would make a great plot for a major motion picture.

8. Golden Axe – Ok, so maybe this is just me. But I always thought there was something epic about Golden Axe when I was growing up. It has all the myth, legend, sword wielding and magic usage that could translate into a pretty cool fantasy film.

7. Gears of War: The game series is centred on the conflict between humanity, the subterranean reptilian hominids known as the Locust Horde, and their mutated counterparts, the Lambent. The franchise consists of four third-person shooter video games, which have also been supplemented by a comic book series and five novels. A film has long been rumoured but there hasn’t been much development discussion since 2013.

6. Tex Murphy: The Tex Murphy series is a sci-fi FMV Interactive adventure game franchise incorporating live actors in a post-apocolyptic world set in the mid 21st century. You play Tex, a hard boiled, down on his luck PI in the classic Sam Spade, Philip Marlowe Gumshoe style. The games are incredibly immersive and I think that the strong stories and characterisation would translate very well into feature films. Think Bladerunner with conspiracies, mysteries and a lot more humour.

5. Quake: I throw Quake 1 in here because it harkens back to the 90s tough as nails, first person shooter days of dungeons and demons, ogres and monsters with magical powers. A kind of lone hero against a hellish nightmare world. While the graphics and gameplay dynamics have aged rather non-gracefully, the atmosphere and terror remain intact. Quake could work as a horror action movie complete with mystical, fantasy elements and plenty of gory shoot ’em up action.

4. The Grant Theft Auto Series: When I heard there was a movie called San Andreas coming out, I thought it was a GTA-based film. Obviously I was mistaken. Nevertheless you can’t ignore how enormous the series has grown, especially since GTA V. The story, direction and performances are as engrossing and believable as any TV show or film and a movie would certainly have no shortage of great car chases and vehicular warfare.

3. Infinity Blade: There’s a big demand to see the Infinity Blade series made into a movie. They’re highly successful and the novels have provided a great basis for narrative also. There’s some pretty sweet fan-made projects knocking around and an ambitious kickstarter campaign too. This one has to happen eventually.

2. The Elder Scrolls V: Skyrim: A quest-based action roleplaying game with a deep and rich, story driven narrative with warring empires, an open world, tons of non-playable characters, beautiful locations and immersive gameplay – How could this not translate into an awesome movie or Lord of the Rings-style trilogy?

1. Half-Life: Of course it’s Half-Life! What an incredible game universe. I would love to see a two parter film series beginning with the events of Black Mesa in Half-Life 1 and continuing with the plot taking place in City 17 in Half-Life 2. Why Valve hasn’t made this happen is beyond me. A film franchise of one of the biggest and most important video games in history would probably make billions in box office earnings. The silent protagonist of Gordon Freeman would of course have to actually speak in the movie, but besides that one important addition, these games have more than enough story to be compelling movies.