Why you should & shouldn’t build your own PC

Why you should & shouldn’t build your own PC 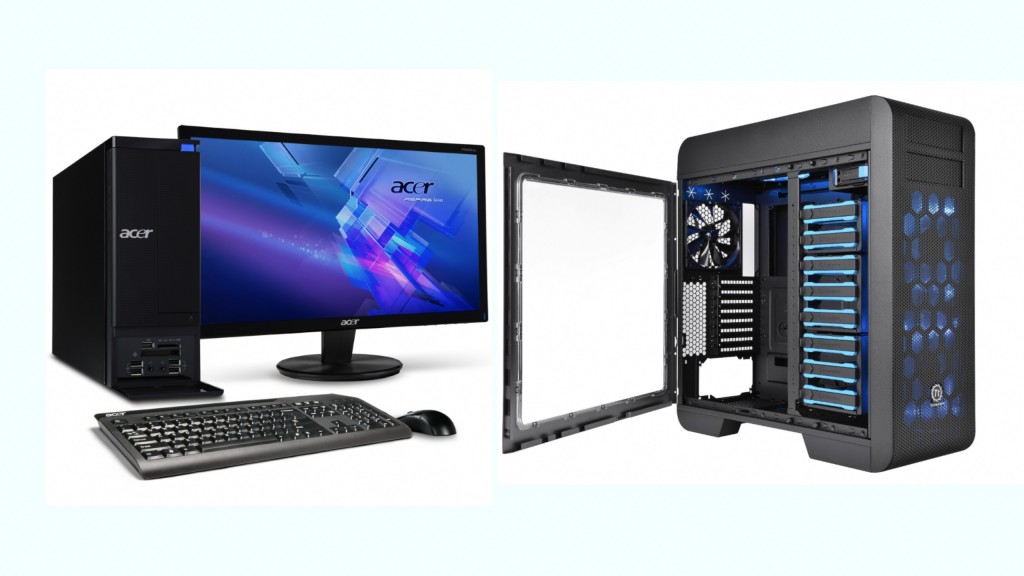 First up: Why you shouldn’t build your own PC

The Lack of Support: When you build your own PC, you are the cavalry when things go wrong. If there’s a hardware problem or failure of some kind, you’ve got to troubleshoot it yourself. You only have a warranty on the individual components not on the whole machine. In other words, there’s no one responsible for ensuring you have a proper PC experience.

You’ve got to know what you’re doing: Building a PC isn’t for everyone, that’s why most people buy a prebuilt PC from an OEM. It takes time and technical skill to assemble a PC and if you’re not up to the task, then it’s probably best that you buy a PC off the shelf.

Resell Value: One of the major problems you’ll encounter when you build your own PC is the fact that when it comes time to replace it, you’d better be willing to either give it away, keep it in storage or throw it in the trash. Trying to sell your unbranded, home brew computer to someone on eBay is going to be virtually impossible. Potential buyers will be concerned about the build quality, whether the machine is in good working order and if it works as described. Custom PCs simply do not hold their value. Conversely, OEM PCs do hold a good deal of their value even after several years because they come from a recognized source. Incidentally, second hand Macs sell for very good money, years after you’re finished with them. I bought my  24-inch iMac for €2,700 in 2008 and sold it in 2013 for €550.

You can’t build an all-in-one PC: This probably won’t bother most custom PC builders, but it’s still worth considering. All-in-one PCs are machines with all of the physical hardware and the display built into one unit. Obviously a custom PC is a separate desktop tower unit from the external display. The advantage of such machines is that they offer a big saving on space on your desk. Moreover they’re easier to move around and they usually look pretty good too. However they offer much less upgrade options than conventional desktop towers so this probably won’t matter too much to a custom PC builder.

Now for the reasons you should build your own PC.

You’ll get much better specs for the money you spend: OEM PC manufacturers place a margin on the machines they sell, the construction labour costs are also factored into the price of the computer. Because you’re doing it all yourself, you don’t have to worry about that. You can make huge savings by building your own machine. For the same money as a mid-range desktop computer, you can build a behemoth gaming rig with insane processing and graphical horsepower.

That leads me to my next point: You can have it all your own way: You can build your computer to your own specifications and design tastes. There’s a huge amount of custom cases, mod and peripheral options available. You really can make your PC your very own. Many custom builders are hobbyists and their own machines are personal projects of theirs, they therefore have much more sentimental value to them.

They offer much more upgrade options: OEMs tend to include power supplies that only just barely cover the power requirements of the components inside the machine. This means that upgrade options tend to be limited enough, aside from a few manufacturers that produce high-end gaming rigs. That super powerful GPU you’re looking to buy and install into your Dell or Lenovo PC may need a beefier power supply. Because building your own PC allows you to select whatever components you want, so long as the motherboard allows for it, you can slap in an awesome power supply with plenty of headroom for future power hungry GPUs and other components.

You can select only the best components for use in your PC: OEMs switch hardware vendors for things like RAM, hard drives and optical chips on a regular basis. From month to month, the quality of the components will vary. You simply don’t truly know what you’re getting with an OEM, not always anyway. Choosing your own hardware will give you peace of mind.

So let me know in the comments, do you prefer OEM PCs or to build your own PC? Be sure to subscribe to Computing Forever on YouTube.