How Social Justice is Killing Freedom of Speech 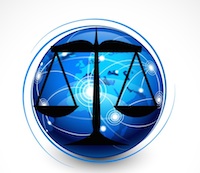 How Social Justice is killing Freedom of Speech

Believe it or not, the Internet may be doing more to stifle free speech than promote it.

Certainly we can agree that the Internet is a place where people are genuinely free to say what they want, no editorial restrictions, they can bypass mainstream media limitations and they are answerable to no one. But modern social media, social justice warriors, online agenda groups, activists and political correctness are playing their part in shutting down discussions on certain topics.

The topics are often labelled “sensitive” and the hyper offence taking card is played all too often. “That’s offensive” is often thrown around like it’s an argument, it’s not a comeback, it’s an out. It’s an attempt to silence dissenting voices. It seems that many people online are too sensitive, their feelings are too easily hurt and they want to live in an echo chamber.

If you’re a blogger or you want to report on the world and produce your own interpretation of the news online, the Internet is great because there are no barriers to entry. All you need is an internet connection and a computer. It’s a fair and democratic system, at least outwardly.

Publishing blog posts, opinion pieces and news articles online is instant, cheap and can reach people very quickly. There’s a lot more content and much more choice. However, this model also has some pretty major problems from a journalistic point of view. Information doesn’t have to be vetted, nothing has to be researched, false information and eccentric ideas are rife. There’s no one in place to keep out the fakers, liars and charlatans. If you’re popular online, it doesn’t matter if your right or wrong. Your voice is heard more than most other people’s and therefore you have power to sway opinion, influence your audience and present a distorted view of reality.

Fact checking just isn’t a big part of the M.O. of most online publications and mainstream media and conventional journalism has suffered because they’ve had to drop much of that also in order to keep up. In short, there’s less overall quality in modern online journalism.

So that’s how the Internet has changed journalism and how it’s permitted everyone to have a voice. It all sounds like freedom of speech, but because everyone has an opportunity to voice an opinion, everyone also has the opportunity to try to shutdown anyone who disagrees with them. People aren’t used to searching for the truth online so many agenda groups simply want to impose their own “truth” upon other people. They throw around labels on social media calling people a “this-a-phobe” or a “that-a-phobe”, “You’re a bigot” etc. Sadly as evidenced from the pitiful forced Twitter apologies of celebrities, politicians and commentators, many people are more afraid of being labelled something like a racist than genuinely being a racist.

Social justice movements have managed to infiltrate the mainstream, liberal, progressive, leftist media and now control the order of public discourse. Disagree with them even slightly and you’re a hater, a hate-filled biggot or an out-of-touch right wing Neo Nazi conservative apparently.

We live in a time of incredible pettiness online, there’s a generation of college philosophy graduates who’ve been indoctrinated into this way of thinking and are terrified of challenging the system or thinking critically because that might offend some minority group somewhere. What does it say about us as a society if our future thinkers and intellectuals are simply not used to critical, analytical thinking and engaging in rational, intellectual debates?

We cannot have true open dialogue if people are in fear of being squashed before they open their mouths. So freedom of speech becomes an illusion online, the hate crime system is used to censor people and even satire and comedy are neutered and made safe. What is perfectly fine and kosher today, may be offensive and no longer tolerated tomorrow.

Remember that political correctness is a mind control mechanism that is designed to make people complicit in a lie. If you control the people’s speech and prevent them from speaking their minds, then they will eventually self-censor. If you control a person’s speech, you will control their minds. They will begin to believe the lie.

If we allow this online bullying of people’s thoughts and beliefs to continue, we will be saying goodbye to freedom of speech on the Internet.