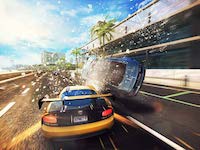 Now it’s time for me to give you my Top 10 list of the best free video games for the iPad. 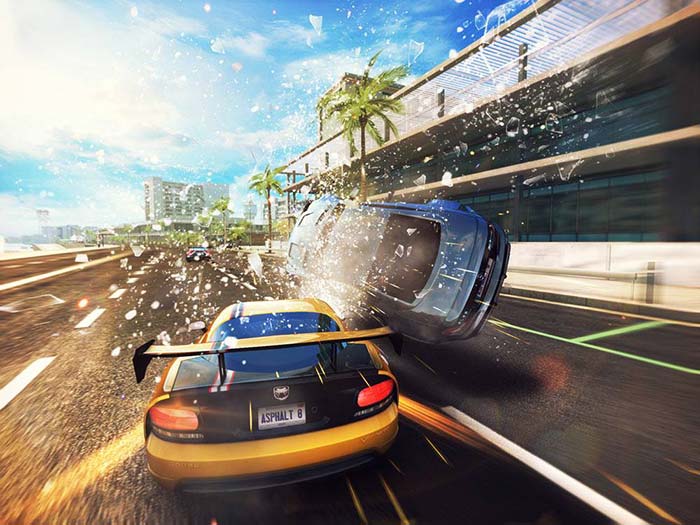 0: Asphalt 8: Airborne: Petrol heads will love this title. Great graphics, aggressive driving and a true arcade experience that’s fast and fun. The racing can be tactical also thanks to the presence of short cuts and power ups. In-game currency is a necessary evil nowadays, but if you’re willing to grind to work for things, you’ll get your hands on some great vehicles.

9: Plants Vs Zombies 2: You can’t go too far wrong with the sequel to one of the most popular mobile games of all time. The game mechanics remain largely the same, you defend your lawn against Zombies by growing powerful plants by collecting sunlight. This time you’re fighting them across time and space. Visually the game is just as colourful and full of charm and character as its predecessor. You’ve got new plants, new game modes and plenty more besides.

8: CSR Racing: Another racing game, this one is specifically a drag racing title. It’s a well known fact that CSR racing divides opinion due to its heavy emphasis on pushing in-game purchases on users, which is a shame. But at least it’s free to begin with. The graphics remind me of Need For Speed Underground 2, the racing is addictive and the satisfaction in progressing through the various stages of the game is most high.

7: PitFall: A remake of the original 1980s classic. Very much a game in the Temple Run mould. You’ll run your way through underground caverns, forests filled with traps and dangerous ancient villages collecting treasure, potions and other power ups. Fast paced reactions are a must in this game.

6: Snuggle Truck HD: This game was originally called Smuggle Truck and was about smuggling immigrants across the US border. But the politically correct virtual nanny state that is the Apple iOS App Store rejected that game. It was renamed Snuggle Truck and now you’ve got to smuggle cuddly toys instead. To be fair, it probably makes for a more ridiculous and humours take on the premise.

5: To-Fu 2: You play a piece of stretchy To-Fu, yep there’s an interesting concept. The aim is to fling your little character across the screen without hitting nasty spikes and other obstacles, as you try to stick to walls and collect your Chi. If you like simple time killing games like Angry Birds, you’ll get quite a lot out of To-Fu 2.

4: Full Deck Solitaire: I can’t help but wonder if Microsoft’s free games in Windows XP are the reason why Solitaire became super popular amongst millions of bored office workers across the globe. Well, the formula is a timeless one and there’s no doubt that iPad and desktop players will appreciate this beautifully updated edition of an addictive and time killing classic.

3: Into the Dead: An endless runner game that happens to be a first person shooter and a zombie apocalypse game in one. Into the Dead is atmospheric, scary and highly immersive. The colour palette and lighting in the game is unnerving and memorable and helps to add to the sense of foreboding. The in-game store is thankfully not too intrusive but if you want some quick weapon upgrades, go nuts.

2: Frontline Commando D-day: What’s this you say? A third-person WWII shooter on a mobile device? Yep, it’s a brave developer that tries to make such a tactical action game work on a touchscreen. You’ll spend a lot of time ducking behind cover and timing your attacks carefully. The gameplay is on rails in a kind of turn-based style, but that’s okay as it allows you to focus on the primary business of killing Nazis. Graphics look great and animations are wonderfully detailed, a title I can highly recommend.

1: Heroes of Order & Chaos: It’s become a bit of a classic now, a MOBA title taking place in Haradon, a battle ground for immortal warriors. You play in teams of 3 or 5 players allowing for engrossing online gameplay. Each side has a powerful beast that must be subdued in order to progress to the next stage. The class system is well defined with Warriors, Mages, Helpers and Guardians. If you enjoy roleplaying titles, games like the Diablo series, Path of Exile or you’re already a fan of the Order & Chaos universe, this game will appeal to you. Definitely a must have for mobile gamers.