Could We Survive Without Electricity?

Could We Survive Without Electricity?

Never in the history of our planet has the human race been so dependant on technology. Modern, western civilisation is highly mechanised, industrial and disconnected from the natural world. Our ancestors’ ability to fashion tools, create weapons for hunting, clothing, shelter, discover fire and develop farming techniques separate us from all of the other forms of life on our planet. But too much over reliance on Technology and allowing it to permeate every facet of our lives cannot be good for us as individuals or civilisation as a whole. 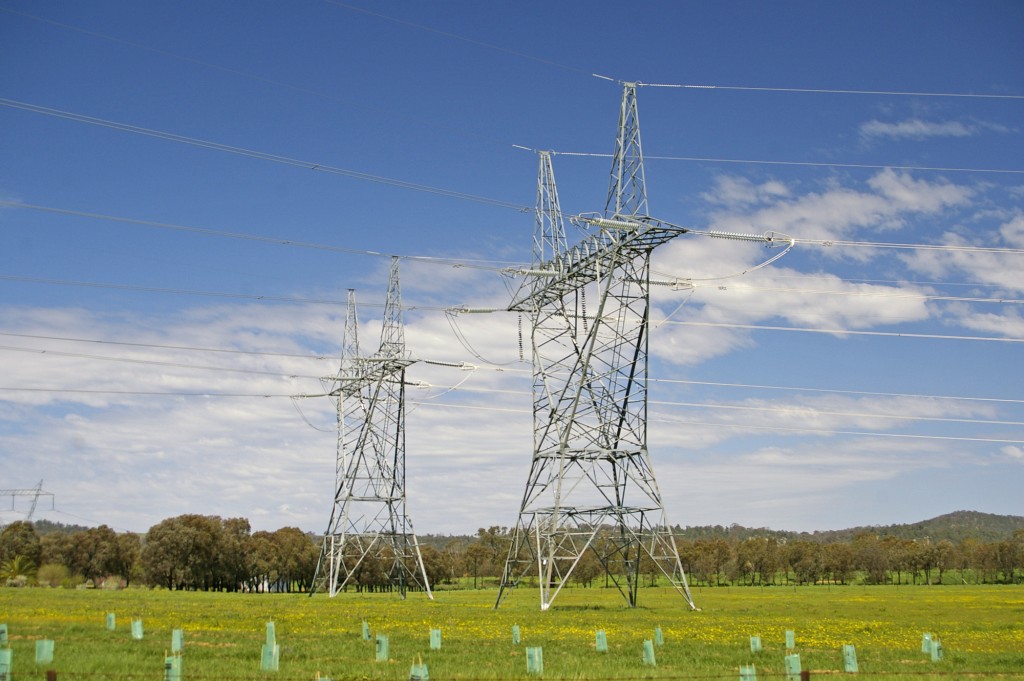 Electricity provides us with the energy to power the technologies we use everyday, they give us heat, light, energy, transport, entertainment, communication, food, water and more. Let’s face it, if you live in the Western world, you simply cannot exist long term without electrically-powered technologies of some kind or another. Our society is helplessly invested in an elaborately interconnected system. We need power for the farms and factories that produce our food, which are sold to businesses and other industries for processing and or distribution, transported to supermarkets and stores, which require us to use transport of some kind to get there and then bring them home, cook, them and refrigerate most of them.

Every link in this chain requires electricity and the majority of it comes from a single point of failure, fossil fuels produced outside of your country. What would happen if a global disaster disabled our ability to produce electricity either through an EMP strike, terrorism, war or an environmental catastrophe? This goes beyond simply: “How do I power my smartphone or laptop?” The question is, “How do I feed myself and my family?” Those people who need medications to keep them alive wouldn’t have long left and in winter, the elderly and infirm would not survive the frigid temperatures.

While it’s certainly true that more and more of our energy is beginning to come from other sources like hydroelectricity, Nuclear and others, it doesn’t change the fact that if there was ever an emergency and the centralised businesses and facilities that produce our power were disabled or destroyed, our lives would become excruciatingly difficult. With no electricity-powered water treatment plants, millions of people would die from lack of clean drinking water. Supermarkets would be trashed, looted and emptied within hours, leaving food reserves at a minimum. Where the hell would we get our food from?

Due to our reliance on volatile regions such as Russia and the Middle East for gas and oil, such an outcome isn’t beyond the realms of possibility.

The resources we call upon to help us cope with our problems and emergencies all require technology of some kind. A phone to call the police, the petroleum in the police car or fire engine or ambulance, the electricity powering the hospital and all of its machines. There’s a major devastating nuclear or environmental disaster in a country and no one can leave because: “How the hell are airports and aircraft going to operate?”

Without power or auxiliary power, it would be virtually impossible to maintain civic control, law and order. Rioting, looting, crime and even murder would be impossible to police as people become ever more desperate to survive. Propane heaters, stoves and a sudden massive increase in candle usage would no doubt cause widespread accidental fires, which the already overstretched emergency services would be unable to deal with.

So the purpose of this video is not purely about scaring the hell out of you by presenting a possible nightmare-end-of-the-world scenario. It’s to highlight our lack of preparedness and our inability to be prepared. Because we live in a consumerist society driven by the desire to obtain money and wealth, short sightedness is an essential part of how capitalism works and why economies fail. Because greedy, powerful people pursue short-term profit over long term stability. 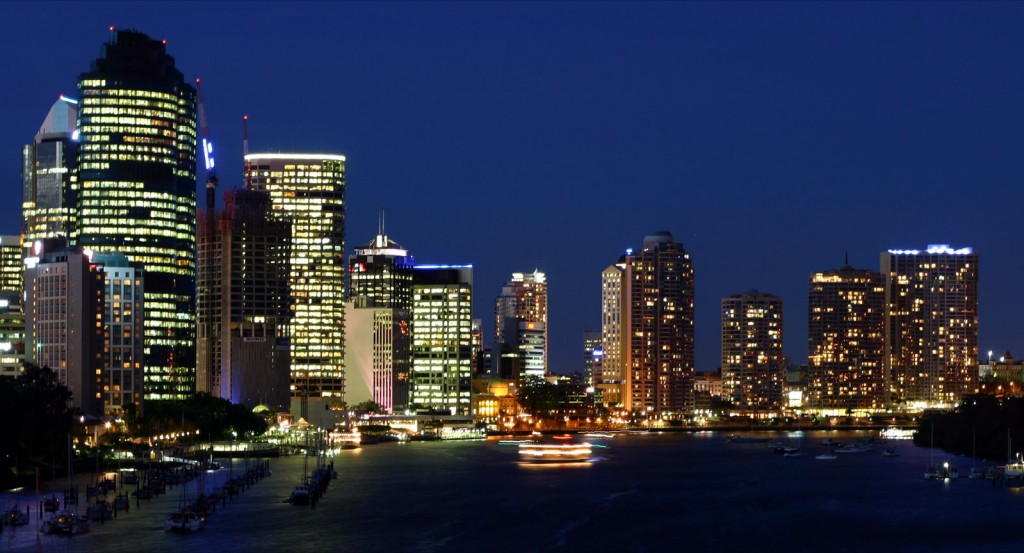 This means that in our hyper competitive corporate working world, there’s simply no time to question the status quo. You either find a job, do the bidding of the man, fall in line, don’t ask questions, be a team player, conform to the rules, do your work like a good little drone, pay your bills, drink your coke, eat your fast food and consume bullshit television or you’ll fall out of the system and die, and we’ll find someone else do your job for you. There’s no alternative. We’re simply too busy working for the man and struggling to put food on the table and hold our lives together to question how trapped we are. No one questions anything, no one has a backup plan in case all our technology fails us and the lights go out. Very few people know how to function, make their own clothing, purify their own water or survive without power. When you commodify everything and make electricity generation a product to be sold at market, you will never create a sufficient reserve supply of it because the market only demands what people need now, not what they may need in the future.

As James Burke said in the 1978 Series Connections in the episode “The Trigger Effect”, when you get stuck in an elevator and the lights go out –  you hit a button on the wall to ask for help or use the phone if there is one. You sit there and wait for technology to save you.

Human beings are simply not independent enough to know how the hell to get by without technology nowadays. Yes humanity survived for hundreds of thousands of years without electricity. But that was before we built our entire civilisation around consumerism. From the layout of our cities, our suburban developments, how we dispose of our waste, the infrastructure we use, our dependance on the web for all our answers, we’ve become conditioned to look to others to provide for our needs.

Yes we could possibly return to more simple times and manage to survive, but the more and more we fall down the rabbit hole of technological dependance, the harder it will be to climb back out of it again. In fact, given the sheer weight of humanities numbers in the face of such an enormous disaster would likely mean only a small fraction of us would survive. Look at all the technologies and devices around us. They’re all so simplified and appliance like, you’ll invalid your warranty if you open them or try to figure them out. Many things nowadays aren’t even built to last, they’re designed to function only for a predefined period of time. So very few people know how things work. Only a very small number of specialised individuals can repair and resolve the kinds of technological issues we’d be facing in such a disaster scenario.

I’ve often found it most poignant how everything comes crumbling down in our lives when there’s a power cut in our house. No Internet, No TV, No cooking. But the Cat is totally unaffected. The cat is as well off with or without power and nothing has changed in the lives of animals for millions of years. They are truly free, but for all our ingenuity, innovation and brilliance, we’ve simply developed a system that we are trapped within, and it just so happens to be held together by the tiniest most delicate thread. 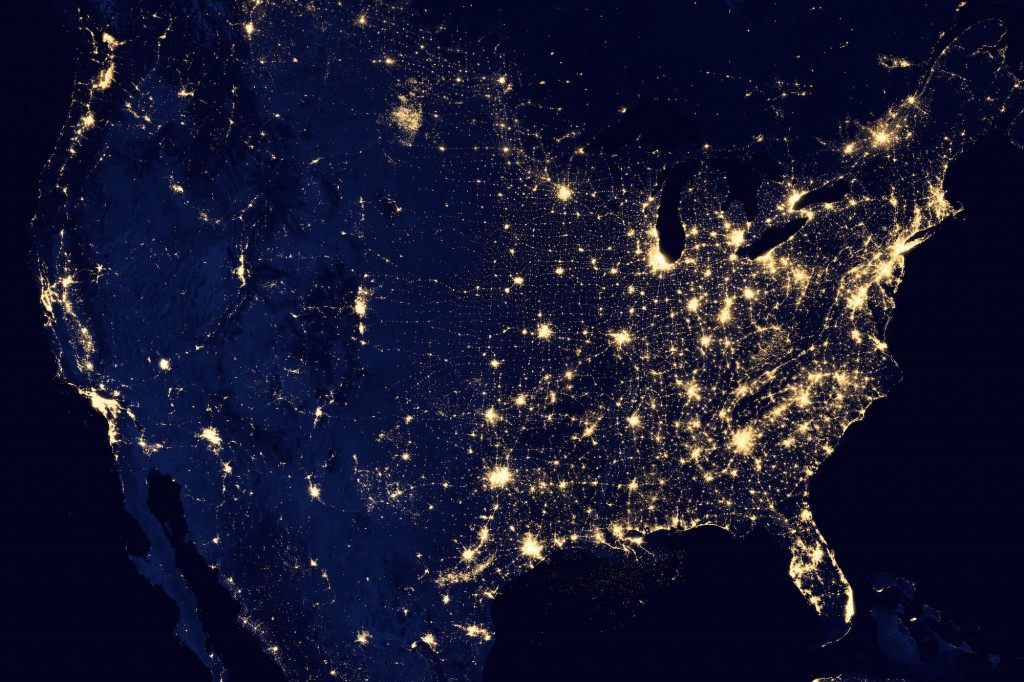 I have no doubt that humanity would survive but the majority of people in the world now live in suburban areas and cities. What I’m arguing is that most people, perhaps as many as 90% of people, would be dead in a matter of weeks because of how we live and where we live. Think about it for a second. Less than 100 years ago, the majority of people’s food was produced within a few dozen miles of their homes. Everything you needed was in far easier reach. Now a large amount of the products you store in your kitchen cabinets and your fridge are produced all over the world in factories that will have no power to operate. Even the food products that are made in your home country likely have some essential ingredients that are produced abroad. In addition, you now have no form of transport and commuting to the next town by walking or bicycle could take time.

The farms that produce your vegetables, meat and dairy all require electricity. Primitive, non electric ploughs are obsolete. The factories that once pumped out millions of units of canned and packaged food for consumption by millions of people across your country are no longer functioning. Suburbs and cities aren’t designed for food production and agriculture. Those people living in apartment blocks, suburban and metropolitan areas are the most divorced from the natural world and completely reliant on technology and industry for all of their products. You’ve got no clean drinking water coming in to your home and no way of guaranteeing that you’ll be able to adequately clean rain water. Furthermore, can you honestly say you know all of the plants you can eat in a forrest? Do you live near a river with almost unlimited fish? Do you know how to fish? We’ve lost touch with nature and our generation is much less self-reliant than any other.

Government, Police and the military won’t be able to feed themselves either, let alone keep order or produce bullets for their guns. We would have anarchy and mass starvation with no one coming to our rescue.

Saying that survival instinct will carry us through is like saying that because we have a pair of hands we should be able to play the piano. You’ve got the potential because you’ve got a pair of hands, but unless you’ve been taught, you lack the skills to play. Survival instinct alone will just lead to mass panic, violence, desperate choices and bad decisions. It has to be backed up with practical survival skills, which most people lack due to the sedentary lifestyle we have and now survival skills are non essential in our society now.

1 thought on “Could We Survive Without Electricity?”