Being a professional YouTuber is a challenging occupation, but sometimes we content creators can make it unnecessarily difficult for ourselves. We can be all too quick to adapt to new trends and video production practices and motifs, while being all too slow to drop them when they no longer apply.

In this article I’m going to run through 4 things that hold YouTubers back from achieving more views and success on their YouTube Channel.

Number 1: Intros sequences. Let’s be honest, you know your viewers don’t want to watch your intro because you don’t like watching the intros of other YouTubers. They get in the way, they’re an unnecessary distraction from the primary content of the video. And yes I’m talking about even short 5 second intros. They’re intrusive and frustrate viewers. Remember that the bandwidth for a viewers attention is very small and there’s a major desire among viewers for a YouTuber to get to the point as quickly as possible. It may be hard to hear, especially if you’ve worked hard on your elaborate and beautifully rendered 3D intro sequence, but it’s the truth.

Often times when the intro is rolling, viewers will either tune out or try to bypass the intro by moving the video scrubbing playhead forward slightly. The problem with this is, the YouTube playhead is very imprecise and not frame accurate. The viewer can miss a few seconds of your video after the intro.

Now I know what you’re thinking on this subject: “Dave I see lots of big YouTubers with intros, it works for them. Shouldn’t I follow their approach?” No you shouldn’t. Big YouTubes are like big companies, they don’t change quickly because they don’t need to. They’ve already established their YouTube Channel and their audience. They can afford to remain static in how they operate because of the sheer volume of  their subscriber numbers. They don’t have anything left to prove.

Intros once had their place, but like so many other YouTubers, I dropped mine in favour of an onscreen logo, which presents my brand without getting in the way of the message of the video. With watch time so important now and attention spans and viewer patience at an all time low, hit the ground running with your video immediately. If you drop your intro sequence from your YouTube Channel, your view counts will increase.

Number 2: Outro cards. I’m beginning a new policy of using these outro cards sparingly on my YouTube Channel, you know those end credit, annotation screens with a subscription button, previous video box and social media links? These things seriously kill your watch time because they signal to the audience that the video is over and that there’s nothing more to see here. Use these outro cards sparingly because they seriously hurt your average video watch time. Think about it, do your existing subscribers really want to hear you drone on with the same boiler plate line: “Thanks for watching, check out my previous video, subscribe for more, like favourite and share etc….”. 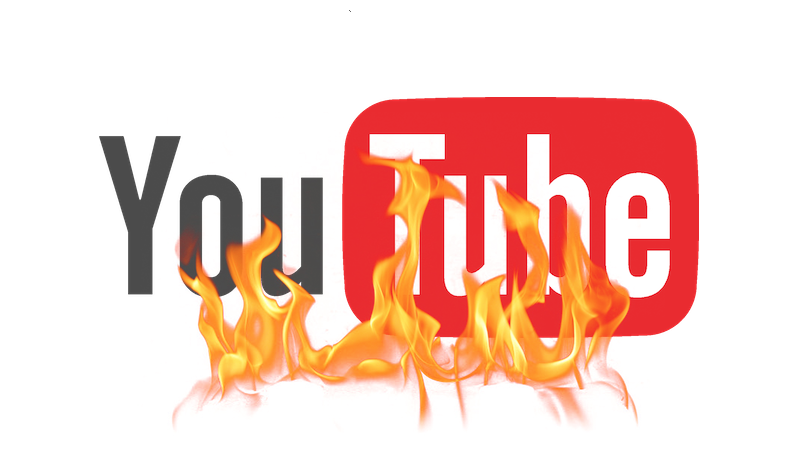 They immediately click onto another video because it’s the same old stuff every time. Instead, you should try to make your video more punchy, end it on a stronger note, maybe when you’re reaching the final 10 seconds of the topic you’re talking about, subtly stick up a subscribe annotation button. The whole idea of removing the intro and outro from your video is to keep the video on-point for as long as possible. That way you’ll hold the audience’ attention for longer, which means the average watch time will increase and you’ll consequently register more views on your video. Maybe use outro cards once every 3 or 4 videos instead of every single one.

Number 3: Stop scripting your unboxing videos. Ok so this doesn’t apply to everyone, but for those of you that make unboxing videos of popular products, maybe it’s not such a good idea to script your reaction. It’s boring and not very authentic. I’ve done this all too often and paid for it. I’ve noticed that all the unboxing videos I’ve done in which I’ve just winged it without a script have received way more views than the ones where I rigidly stuck to a script. Unboxings are supposed to have a fun and spontaneous quality about them with an organic emotional reaction from the presenter. By all means script your reviews, but not your unboxings.

Number 4: Script your tutorials videos and keep them short. I know I sound like a broken record by saying you need to get to the point quickly, but when it comes to tutorials and how-to videos, this has never been more relevant. I know there’s lots of videos that benefit from an unscripted and slower pace and there is definitely a place on YouTube for long form videos, but certain genres need brevity.

Tutorials are one such genre. Think about your content from the viewers perspective. Maybe the viewer is stuck on a technical problem, they need a quick and easy tutorial on how to fix an issue or a demonstration on how to use an application. The last thing this person wants to see and hear is the following: “Hey guys it’s Dave from Computing Forever.com, in today’s video, ah, I’m going to talk to you about how to use the chroma key system in Final Cut Pro X on the Mac. But first here’s 20 second intro sequence”.

Get to the point! That video should start like this: “So you want to know how to use the chroma key function in Final cut pro X, let’s being by first taking our green screen video footage and laying it down on the timeline, next we’re going to click on the effects tab and navigate to the…”. See how much more concise that was?

Script the tutorial videos on your YouTube Channel, don’t wing them. Make your script, thorough but remove any extraneous details, words or sentences. If you make a tutorial that’s 3 minutes long and you notice that the average view duration is only about 90 seconds then that a lot of people are tuning out well before the end. They either have gotten the point pretty quickly, they find your video unhelpful, your video isn’t quite what they were looking for, or you’ve bored them. Now obviously some tutorial topics require a long time to thoroughly explain to the viewer, but if you can make your point in a minute or 90 seconds rather than three minutes, or you can make your point in 5 minutes rather than 10, then you should remake the video in a shorter form.

By matching the length of your new tutorial to the average view duration of the previous video you made, it means that it’s much more likely that people will watch your video to the end. That means more overall views will be registered on the video because a YouTube view is recorded when a viewer watches a video to the 70% mark or over. Cut out the “ums” and “ahs” and silence in your video, try to appreciate that many viewers will be eager to get the information fast because they’re in a hurray and want to get off YouTube and back to work as soon as possible.

For more advice on developing your YouTube Channel, pick up copy of my book Living Off YouTube: A Complete guide to turning your YouTube channel into a full-time job available in eBook form from the iBooks store, the kindle store and in paperback, all the links are below. Be sure to subscribe to Computing Forever’s YouTube channel.