Top 10 Racing Games of all time

Top 10 Racing Games of all time

Racing games come in all shapes and sizes with an emphasis on various forms of driving, in this article I’m going to give you my Top 10 List of what I believe are the best racing games of all time. 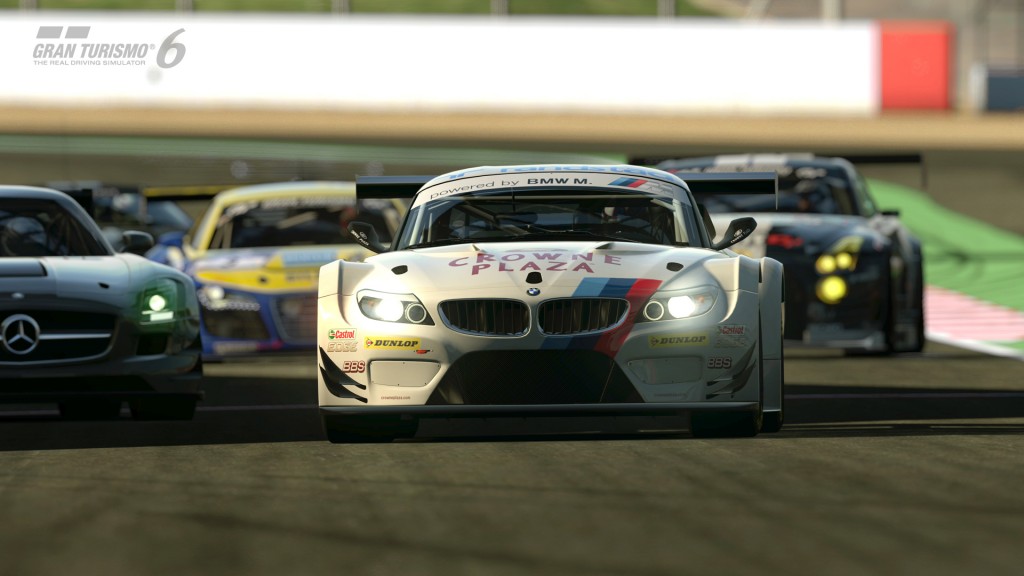 The reason why this game isn’t higher on the list is because it’s perhaps a little too realistic in terms of its racing mechanics. Some of the fun is lost with its meticulous adherence to simulation, meaning you touch the grass now and then and you’re flying off the track. That’s all good and well for the racing purists, but this game lacks a certain pick up and playability. The career mode feels a little dated, progress is slow and the racing in the beginning is a tad dull and uninteresting. The influence of body roll, traction, torque and tyre grip are all evident with Gran Turismo’s typically commendable attention to racing detail. Graphics are gorgeous throughout the game with a few uncharacteristically low textured cars here and there. If you want the best cars, you’re going to need to work hard for them in the game to earn the cash or purchase them with real money. Two methods that don’t thrill me. 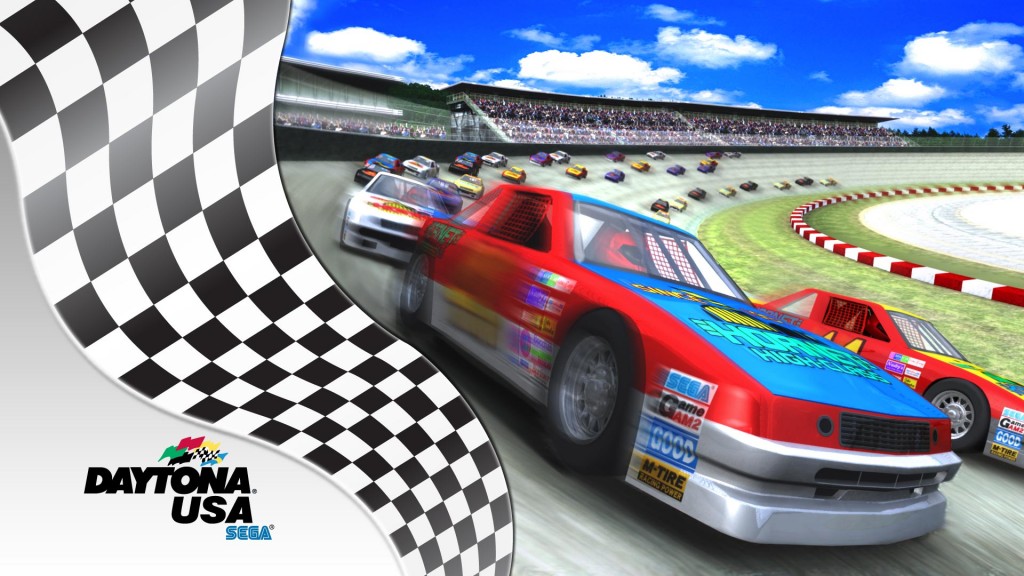 The game that perhaps shaped the multiplayer arcade racing genre like no other. It gave us a full 3D racing experience, light damage models, full pit crews and a great music score. The graphics obviously haven’t aged well, but the racing fun is still alive and kicking after 20 years, and it’s well worth trying out of you get the chance. 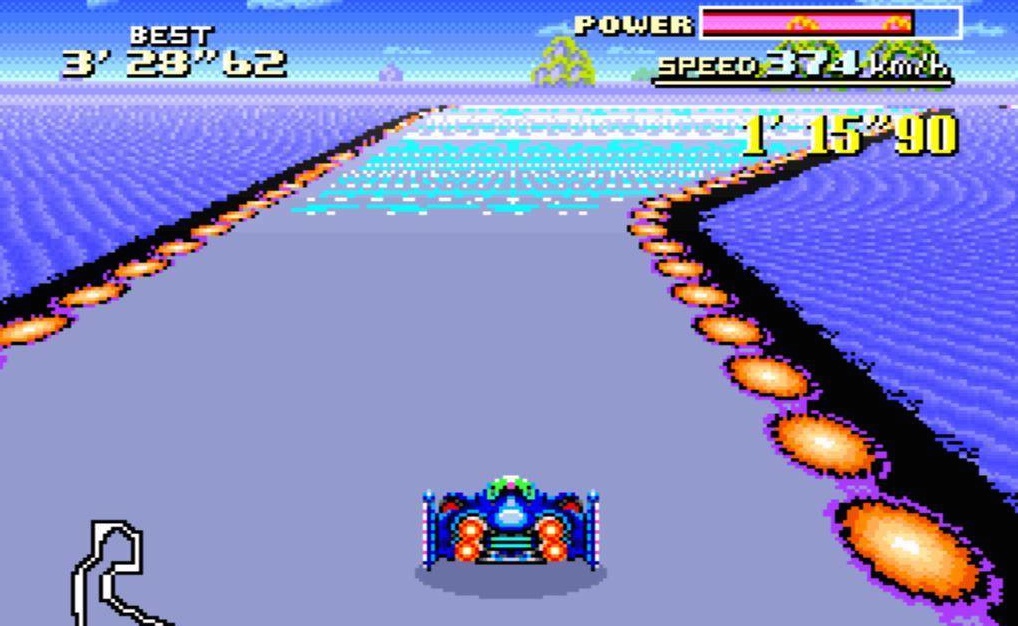 The old SNES classic makes it this high on the list because it was genuinely ground breaking for the time with its Pseudo-3D world. It was one of the first futuristic arcade racers, followed most notably years later by the WipeOut series. It’s super fun, super fast and offers a great 2-player mode. If you ever get a chance to play a SNES console, slap in F-Zero. 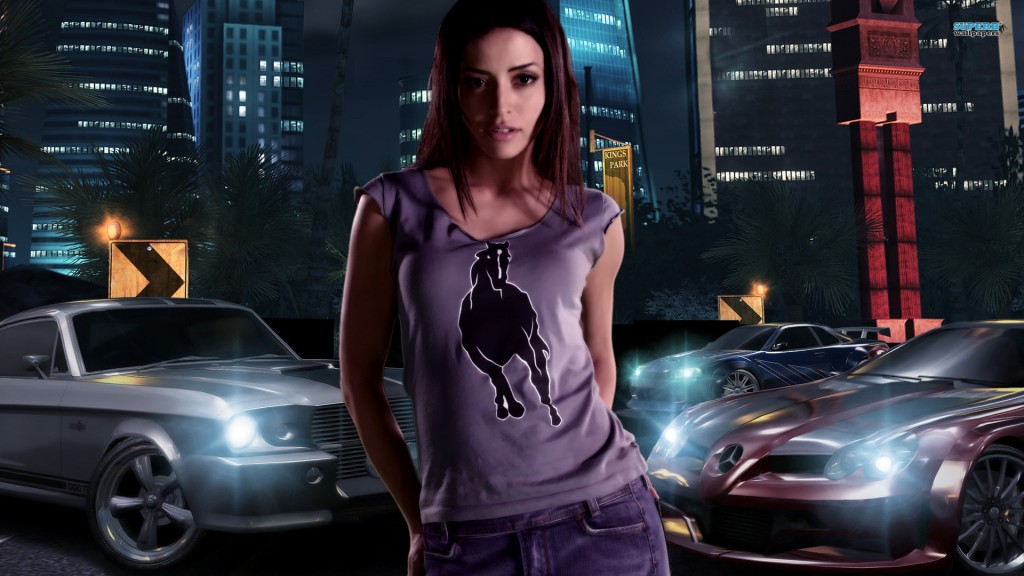 EA produced another fine street racing title with Carbon. It offered up the familiar open world experience of Need for Speed Underground 2, but added more arcade-style physics, a new canyon racing mode, a new crew racing feature and a more complex storyline. I personally didn’t care for the story as I felt it just got in the way of the driving, but I did enjoy the numerous chase scenarios with the police. 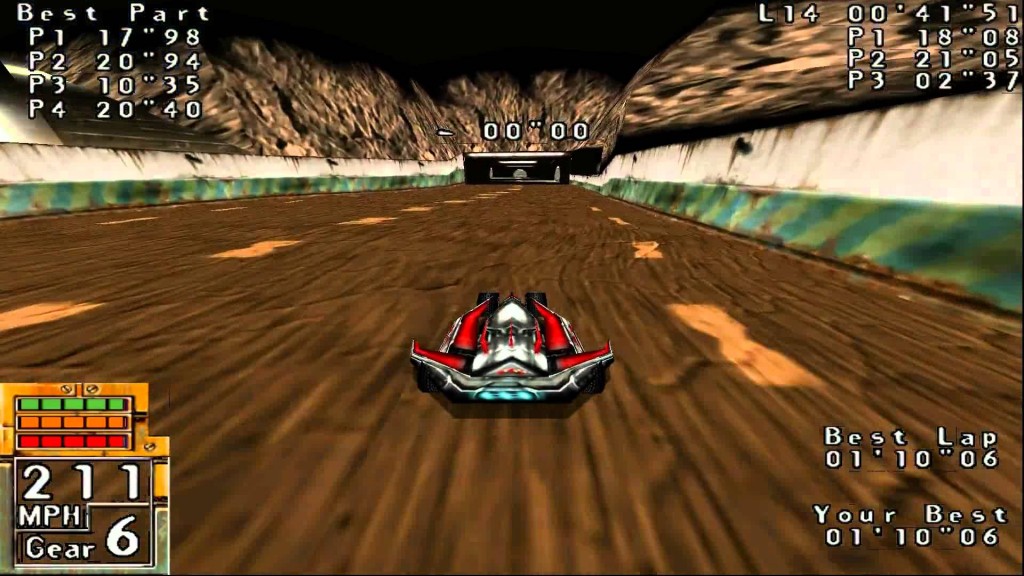 Another Futuristic racing game, Pod took place on the dying world of IO and you had to compete in a racing championship on an Alien world in order to win a seat on the last rocket leaving the planet. The graphics were amazing at the time and showed us exactly what 3D FX Voodoo chipsets could do. The cars were easy to drive, the tracks were very cleverly designed and the racing was hard, honest and addictive. As a retro racing classic, I cannot recommend POD high enough. 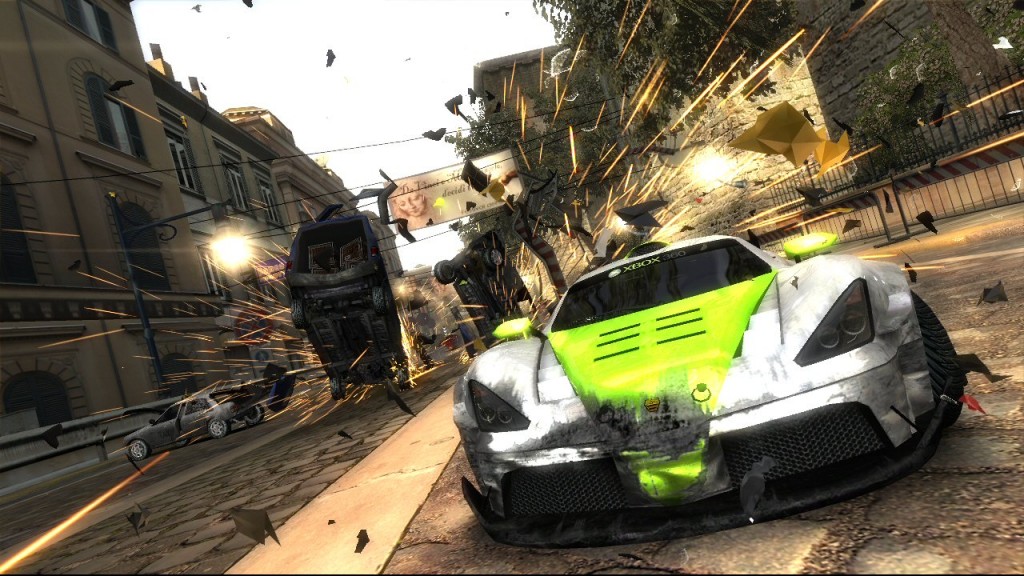 For pure unabashed fun, Burnout Revenge is your game. The graphics still hold up and the gameplay is insane. It’s all about smashing your way through to the finish line at 60 frames per second.  It’s super fast and because it’s a pure arcade racer, you really don’t have to worry about accuracy and real world physics. The controls and attitude of the cars are very forgiving to casual racing gamers. 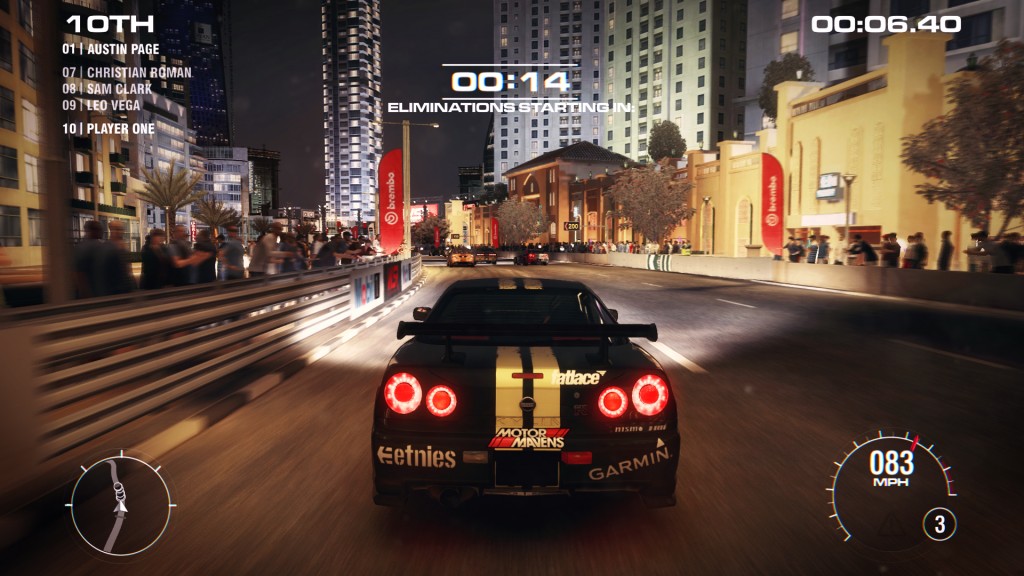 Beautifully blending the best of an arcade street racer and a challenging racing similar, Grid 2 offers agile and responsive cars. Locations in the game are spectacularly detailed and the selection of cars is varied and look stunning to behold. Damage models are also very intricate, with debris and bits of bodywork flying off after a few collisions. You can however rewind time after a nasty accident. Event types vary from closed race tracks, street circuits and drifting races. Live routes is a unique event that combines multiple track designs from a given location in order to keep the player guessing. Overall, Grid 2 is a very satisfying racing game. 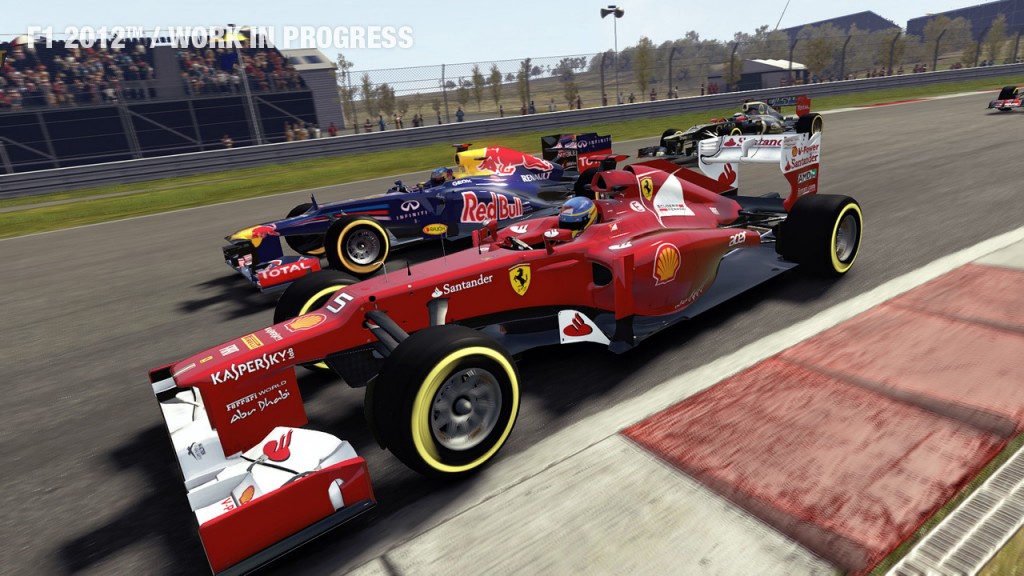 I love Formula One, at least I did before Bernie Ecclestone went and practically flushed the spectacle down the toilet. Thankfully F1 games have been pretty consistently compelling over the years, unlike the real thing these days. F1 2012 is a complex racer, there’s lots of technical aspects to deal with such as KERS and DRS. Thankfully the game is customisable enough to allow players to adjust the difficulty and make the game a little more arcade-like. There’s lots of authenticity here with fuel consumption and tyre wear considerations to be tackled. 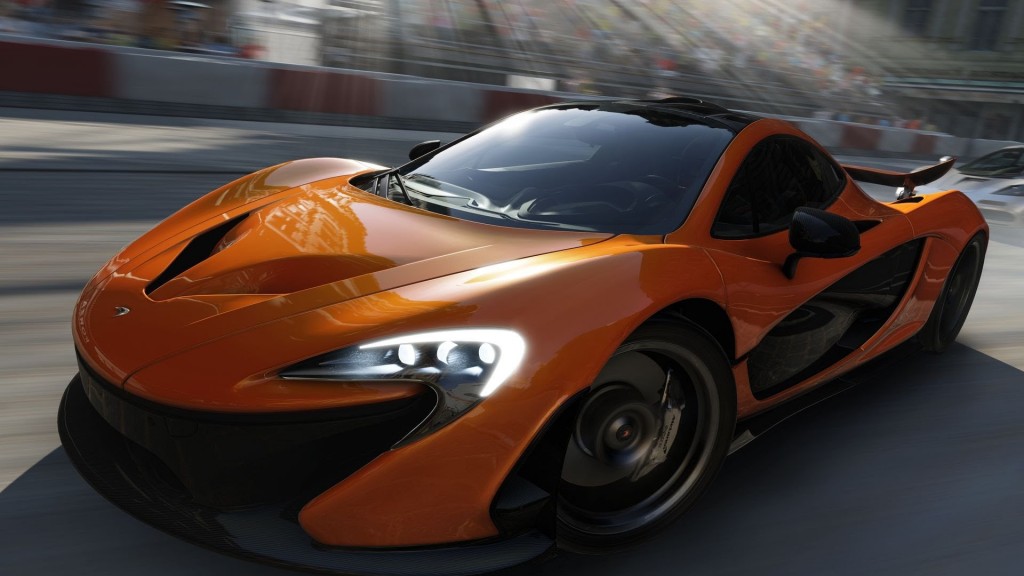 I’m usually not one for racing simulators, but seriously, look at this game. The graphics are so gorgeous it’s insane. The difficulty is also very customisable. The selection of real world racing tracks from the likes of Formula One and other racing championships along with a wide array of car classifications makes Forza 5 enormously compelling for petrol heads. The presence of Top Gear narrators adds an additional element of authenticity to proceedings. You’ve got the choice of hot hatches, legendary sports cars and hypercars, the latest open wheel F1 and Indycar machines are also available. The AI system of your computer controlled rival racers is very sophisticated, taking its cues from a cloud-based version of a real player’s driving style. Meaning that each driver on the grid has their own unique personality. Incredible gaming physics and stunning visuals make Fora Motorsport 5 a must play on this list. 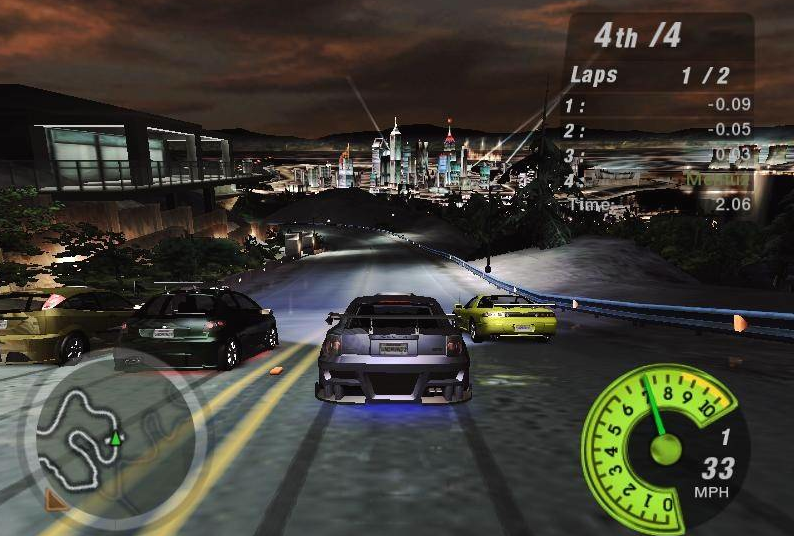 This game offered so much it’s insane, street races, road course races, drifting championships, drag races, the massive open world city of Bayview to explore, an intriguing storyline, incredible cars and endless customisation. This was an EA racing game from before the much contentious in-app purchases of modern gaming became their standard MO, and that makes it an even nicer game to return to after over a decade. The graphics, city design and atmosphere of the game still look great in my view. The awesome musical contributions of Snoop Dog and Queens of Stone age, provided a wonderful background soundtrack to the game. The range of vehicles and modification potential, appealed to the growing number of custom car enthusiasts and urban racers of the era. Why EA haven’t produced a Need for Speed Underground 3 yet is beyond me, but who knows, it might happen one day.

2 thoughts on “Top 10 Racing Games of all time”