The Role of Internet Memes in our Culture 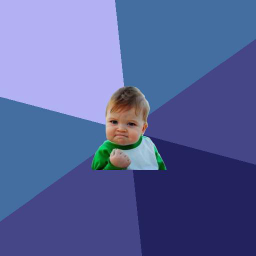 An Internet meme (/ˈmiːm/ MEEM) is defined as an activity, concept, catchphrase or piece of media which spreads, often as mimicry, from person to person via the Internet.

Memes are a mainstay feature of life on the Internet. They are everywhere from social media to emails, to pretty much those just two places. But they are very important. Yes they are often just a piece of mindless fun but they can also help us to communicate ideas and share our thoughts and feelings in an efficient and creative way.

I’ve spoken previously about global internet culture and how the internet helps to break down national boundaries. Language, nationalism, religion and politics all disappear because we are united by ideas, universal symbolism and the technologies and systems we create and use.

Memes are one of the many vehicles of the Internet in which we transmit ideas and in the case of many modern memes, humour and parody. Whether you hate these things, don’t get them or just genuinely don’t see the point, I think they are very important in establishing a unifying global culture. Now I do believe that diversity of cultures and differences between nations is important, but the more the Internet becomes united by symbolism and ideas, the more bad ideas get pushed to the periphery. Nationalism has often been used as a tool by governments to convince people to distrust foreigners, minorities or even start wars. However the Internet can serve as a kind of global virtual nation where the free passage of ideas helps to bypass the outdated system of capitalist democracies and administrations that are mostly just hungry for power and control.

It’s impossible for governments to control the citizenry or for agenda groups and corporations to promote their selfish interests when the people are united and can freely communicate across the world. That’s the power of the Internet and memes play a role in this. Irony, self deprecating humour and the virtual spread of thought provoking metaphors and ideas allow people to recognise how similar they are globally. Social media has its place in uniting people against a common cause and understanding that if we all think alike, then we all share similar beliefs, fears and societal problems. Therefore we are capable of working together to come up with a better system than the current establishment, which seeks to continuously preserve power and control to an elite few.

So whether it’s grumpy cat moaning about something, bad luck brian’s continued misfortune, the ALS ice bucket challenge, important political hashtags, or you’re just being rick rolled, like it or not Internet memes are a part of our online culture and a unique form of virtual discourse. Some are useful to help fight causes and breakdown social barriers, others simply entertain, but all play their part online.