Top 10 Most Overrated Video Games of All Time

Top 10 Most Overrated Video Games of All Time

Now it’s time for me to run down my list of the 10 most overrated video games of all time. Keep in mind, I quite like these games and consider them all very strong, it’s just that I don’t understand why they’re held in such insanely high regard.

Number 1: Unreal, the original 1998 PC classic first person shooter from Epic. Unreal introduced us to a futuristic alien world with stunning graphics for the time and some genuinely fun environments and awesome weapons. Trouble is my favourite part of the game was the dramatic and atmospheric opening sequence and the landing on the beautiful alien planet, after that, it all descended into a fairly generic action shooter with uninteresting level design and bad guys with poor AI. It was a solid game for the time, but with games like Quake 2 and Half-Life 1 already offering more ingenuity in their approach, Unreal 1 just seemed like a graphical showcase rather than a proper game.

Number 2: Titanfall, a friend of mine plays this non stop on his Xbox One and it’s received some seriously positive reviews from critics. Trouble is I fail to see why this game receives all the accolades. It seems to combine multiplayer and tactical game modes we’ve seen in countless other shooters, I mean Mechwarrior was giving us machine-based combat since 1995. Developers also look to be using the same colour and texture palettes in every first person shooter. The art design is the same boring greyish, browny metallic shade of mundane we’ve seen since Doom 3 and Quake 4 and it’s been a feature of games like Call of Duty for years now. There’s just nothing interesting about this game either visually or in terms of gameplay.

Number 3: Sonic The Hedgehog 2: Widely considered to be one of the greatest platform game of the 90s, Sonic 2 was an enormously successful sequel to the 1991 Sega Genesis hit. Although it’s fairly fun to play, large portions of the game are simply way too easy. The reduction of zones sizes from 3 to 2 was a mistake in my opinion and despite the introduction of a clunky but unique faux 3D special stage, there’s very few new elements to rant about. Boss stages are insultingly easy to complete and the game only becomes truly difficult during the final two boss stages, which just makes Sonic 2 feel unbalanced in terms of overall challenge. Thankfully Sonic 3 would be a return to form for the series. 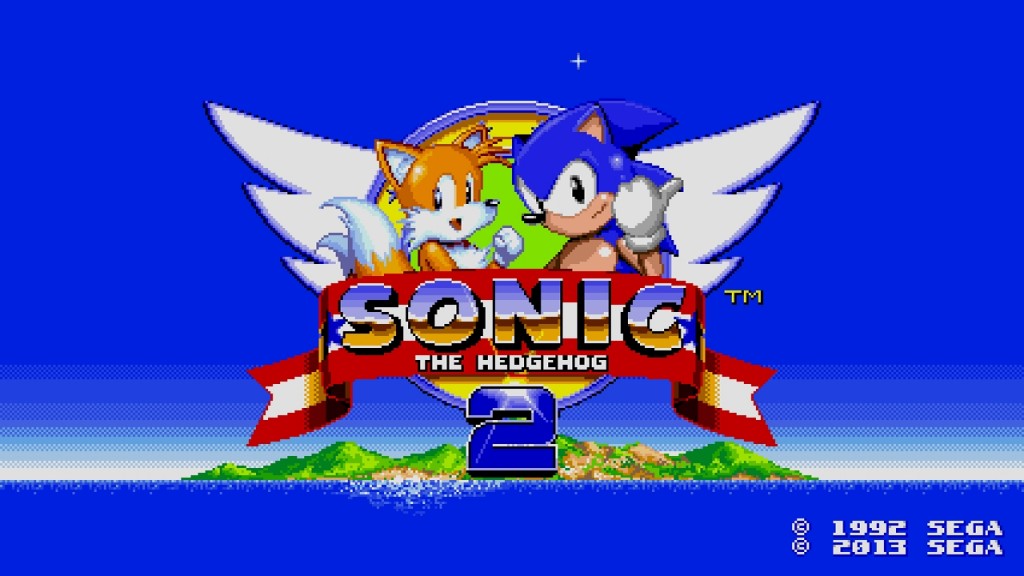 Number 4: The Sims 3, yes people are still playing these kinds of games. Why was this game considered so strong when it barely improved on the Sims 2? Perhaps it’s because the Sims has become a brand all of its own. It always seemed like a rinse and repeat type title offering very little innovation over its predecessors.

Number 5: Halo: Another first person shooter. How Halo become such an insanely popular video game franchise is beyond me. Great music and the unique use of ring worlds were nice touches but the gameplay never blew me away. I also considered the graphics and artwork dull, the god awful controls made it excruciating to play on the PC because of bad console porting and the vehicles were frequently clunky and infuriating to pilot. It’s certainly a solid title, it’s just not the revolution in gaming it’s been made out to be.

Number 6: Gone Home. The 2013 indie smash hit that was heralded as a masterpiece by adventure gamers and critics alike. You play Kaitlin Greenbriar, who returns home after a few months travelling in Europe to her parents new home in Arbor Hill, Oregon one night in June of 1995. The very large mansion is abandoned and you’ve got to piece together what’s been going on in the lives of your family and in particular your younger sister Sam for the past year. The narrative unfolds through voiceover diary entries from Sam and through the players interactions with pretty much every single object in the house.

You sift through drawers, read note scraps and unlock doors and filing cabinets on your quest to find out what’s been going on. The game is genuinely one of the most atmospheric I’ve ever played and quite creepy, the story is also very emotional and the voiceover acting is superb.

It really does feel like you’re back in the 90s, right down to authentic use of VHS tapes with X-Files episodes recorded on them. Trouble is the game is ridiculously short considering it costs €20 on Steam, although I picked it up in a half-priced sale, it was still too much. Also the ending is extremely anti-climatic and to make matters worse, there’s no multi-pathing or alternative endings so there’s no replay value whatsoever. Once you’ve seen everything, there’s nothing more to see. Gone Home had huge potential and is a commendable effort but it’s too easy and relies on the old cliche of “It’s about the journey not the destination”, which is just another way of saying “we couldn’t come up with a more compelling ending”.

Number 7: Tetris: Well I had to include an old retro classic and Tetris fits the bill. For the same reason I can’t understand why people are obsessed with Candy Crush and games like Bejewelled, Tetris mystifies me. A Gameboy hit that confounded a generation of handheld button bashing gamers, Tetris and games like it feel like a total waste of time to me. I can see how it passes 15 minutes on the train but why it become so popular when there were plenty of games at the time with things like stories and compelling game play is beyond me.

Number 8: Minecraft: Yep, perhaps the most controversial title on this list. Look, I get it, I really do. I appreciate the wonderful gaming romanticism associated with an infinite world of pure imagination. Build whatever you want, construct your own home, city, computer or machine of some kind, invite others to join you in your virtual world of personal creativity.

I understand all of that and I can almost forgive the deliberately simple graphics, but what I can’t rap my head around is why so many people blow large junks of their free time immersed in this game. I’m not just talking about children, there are vast communities of adults who discuss, live, dream and breathe Minecraft. Their constructions can become major personal projects. Seriously, this has become as sad and pointless as Second Life. If you play this game casually, then good for you, but if you’re on this thing day and night, take my advice, get a real hobby, get off the computer and make some real world friends.

Number 9: Tomb Raider 1, I honestly never got into this game but my brother was obsessed with it. This was a smash hit of 1996, this third person perspective action, adventure, puzzle game introduced us to Lara Croft, a kind of female Indiana Jones but with hand guns instead of a whip. The gameplay was genuinely very well conceived and quite sophisticated.

The player guided Lara through her archaeological and tomb raiding quest by jumping, crouching, hanging on ledges, swimming, shooting, climbing and rolling through mystical ancient caves. It also had a really compelling atmosphere, solid level design and a gripping musical score but something about it just didn’t click with me. My brother and I were always into the same types of games but for some reason we didn’t share the same love for this title. I’m not sure why but although I saw a reasonably good game here, I didn’t see what the fuss was about or why it spawned an enormous movie and video game franchise.

Number 10: Call of Duty Ghosts: If ever there was an example of lazy game development and lack of imagination in first person shooters, it’s Call of Duty Ghosts. Nowadays, big budget games are a lot like movies, developers can buy their way to success with elaborate marketing and advertising campaigns. Games only have to be good, not great in order to receive enormous sales. 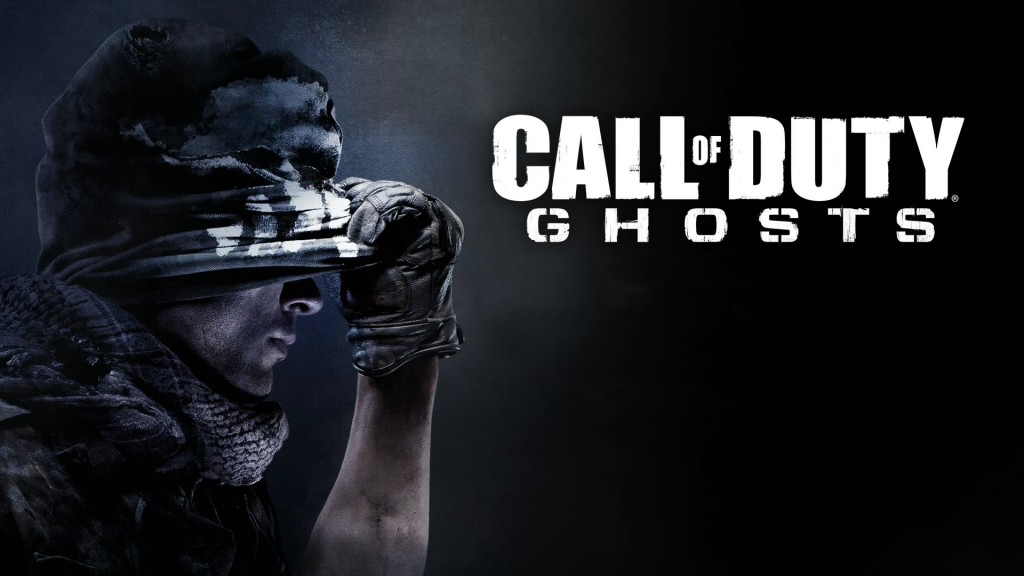 I think it’s a good sign that this game was criticised for not offering an emotionally gripping storyline. It shows that people are moving away from mindless violent games and now requesting that shooters also contain compelling story lines and engaging narrative paths. The campaign mode in Ghosts feels like a rehash of previous titles but with a fresher coat of paint. There’s nothing outstanding here and I think it’s largely because the standards of gamers are on the rise.