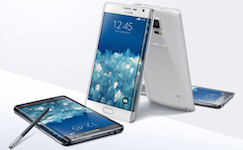 Now it’s time for all the IFA 2014 Highlights. First up is the Samsung Galaxy Note Edge, which features a 5.6-inch display with a unique twist, it’s got a wrap around screen. This extra edge on the right hand side offers an additional secondary screen that displays tweets, sports scores and other useful notifications. In addition to its interesting design you’ll find a 16MP rear camera, a 3.7 MP front camera, 3GB of RAM and a powerful Qualcomm Snapdragon 2.7GHz processor. 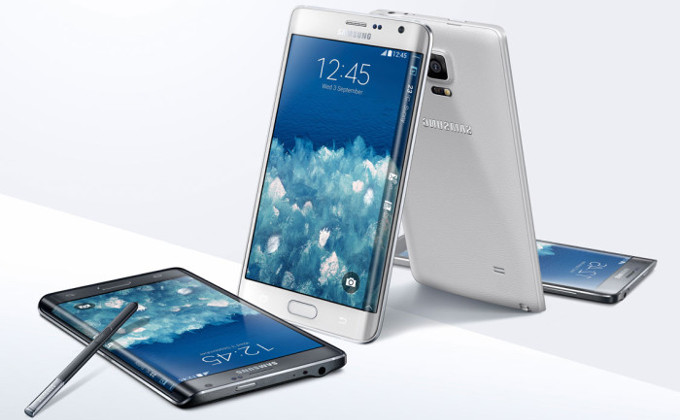 This device really stole the show.

Next up was the machine considered to be the best hybrid tablet / laptop and it came in the form of the Acer Aspire R13, which features Windows 8.1 and offers six user modes. The display features a 180 degree pop-out, ezel Aero hinge. It really is a machine that can flex to your needs.

Moving on, Sony hit back with a smartphone of their own, the Xperia Z3 with a 5.2-inch display. But it’s their compact 8-inch tablet that really impressed though. The Xperia Z3 Tablet Compact. This device really competes directly against the iPad Mini. Its display features a resolution of 1920 x 1200 with 283 ppi, a 2.GHz Snapdragon 801 CPU and 3GB of RAM with 16GB of storage. It’s also compatible with Sony’s Playstation 4. There’s a new DualShock 4 Controller with a suction cup tablet cradle. By using the second-screen PlayStation App, users can remote play stream PS4 games via Wi-Fi.

And finally our IFA 2014 Highlights wouldn’t be complete without discussing a new Apple iWatch competitor. Asus have unveiled their new ZenWatch powered by AndroidWear. It’s got some nifty features too, with a 2.5-inch curved display, you can track your relaxation level, seems pointless as human beings have the innate ability of knowing their emotional state themselves. Anyway it can also remotely control the camera of your phone, manage your schedule, find your phone, integrate with Google maps and control presentations.

Overall not a bad party piece device but really just a companion product to a smartphone.

So what were some of your IFA 2014 Highlights, what products stood out to you? Let us know in the comments and be sure to subscribe to Computing Forever’s YouTube channel for more tech-related videos.