Why Self-Driving Cars Will Fail to Catch on

Self-driving cars are a hot topic when it comes to technology right now. From the new Audi A7 to Google’s driverless vehicle, the futuristic tech we’ve waited on since Knight Rider is finally upon us. The question is, will self-driving cars really catch on? Will they be safer than human drivers? 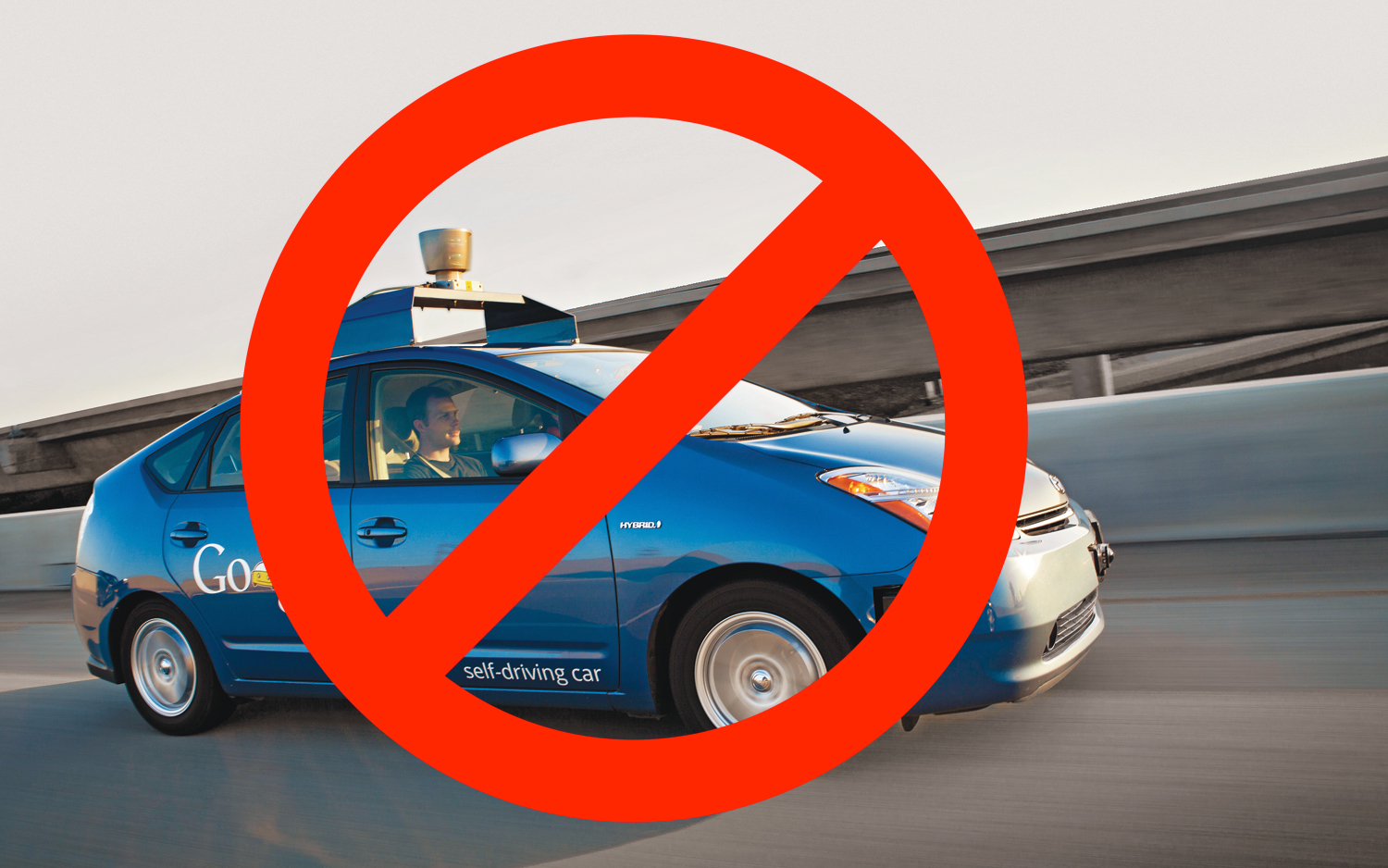 There are a lot of reasons why I am skeptical of self-driving cars, first of all there will be an army of computer hackers all over the world who will be eager to exploit these vehicles. With cars becoming more dependant on electronic components, there emerges an ever increasing potential for failure and even software corruption. In 2010, scientists managed to commandeer control of a car through the Mp3 player and Bluetooth. They were able to shutdown the engine remotely, control the steering wheel and even the brakes. All this occurred while the driver inside was helpless to do anything about it.

Imagine what could be done to a semi or even fully automated driving system. Furthermore, many road safety authorities around the world have been voicing their concerns about the potential for hackers to remotely control self-driving cars and switch off their engines at traffic lights. These situations could potentially lead to ‘Spam Jams’ and long tail backs if they can control enough of them.

As it stands, all manufacturers currently working on self-driving cars are struggling with making their vehicle adapt to things like unforeseen hazards on the road, police check points, road markings covered by snow and other such variables.

The real concern is what happens when something goes wrong with a self-driving car? What if there is a software glitch that leads to a fatal accident? Can we really place our lives in the hands of a computer?

When it comes to new technology, the early adopters of the latest consumer products will always be the ones who suffer through the initial teething problems. When it came to the first smartphones and tablet computers of our generation, teething problems were a pain but they weren’t exactly life threatening. When the first road legal self-driving cars are available for consumers to purchase, they must be 100% bulletproof in terms of their reliability or otherwise there will be widespread criticism of them, leading to an inevitable outright ban in some countries.

I think it will be sadly inevitable that in the rush to push out the next big thing in technology, there may be road deaths associated with the first self-driving cars. If this happens, it won’t be long before they will be made illegal again. Teething problems are just not acceptable when it comes to a car because the margin for error is simply too big. Could self-driving cars be the next Concorde?

Furthermore, there are other more cynical reasons why self-driving cars may not be a success such as speeding fines. Now while we know that self-driving cars will allow drivers to take control of their vehicle whenever they want, as soon as they enable the autopilot mode, the car will stay within the legal speed limit at all times. While this will certainly make for safer driving, it will mean that speeding fines will be greatly reduced. The sad truth is that many municipal areas and cities across Europe and North America rely on speeding tickets as a source of revenue. They certainly won’t welcome this loss of income. Expect some push back on self-driving cars from lobby groups.

In addition, there is a major question mark over who is liable in a car accident situation. If the automated systems on two cars fail for some reason and the cars collide with one another, who is blamed? Surely not the drivers of the cars? Perhaps the car manufacturer or the third-party company who designed and built the self-driving software? From a legal standpoint, it’s a major grey area that needs clarification.

As it stands, legislation is being drafted in many countries to regulate self-driving cars. They are coming and in just a few short years, they will be on our roads and in our towns and cities, but are we ready for them? Will they truly be safer than human pilots? They do have a few advantages such as the inability to get drunk or fatigued, but with the potential for viruses, software glitches and bugs, not everyone will feel comfortable with hopping into one of these futuristic machines. Human instinct and intuition are traits that cannot be replicated by a computer system and in the heat of the moment or in an emergency, that’s something I will always rely on when driving my car.