Apple’s OS X Yosemite is the eleventh major release of their Mac operating system. The public Beta went live for download yesterday and you can install it on your Mac to check it out. 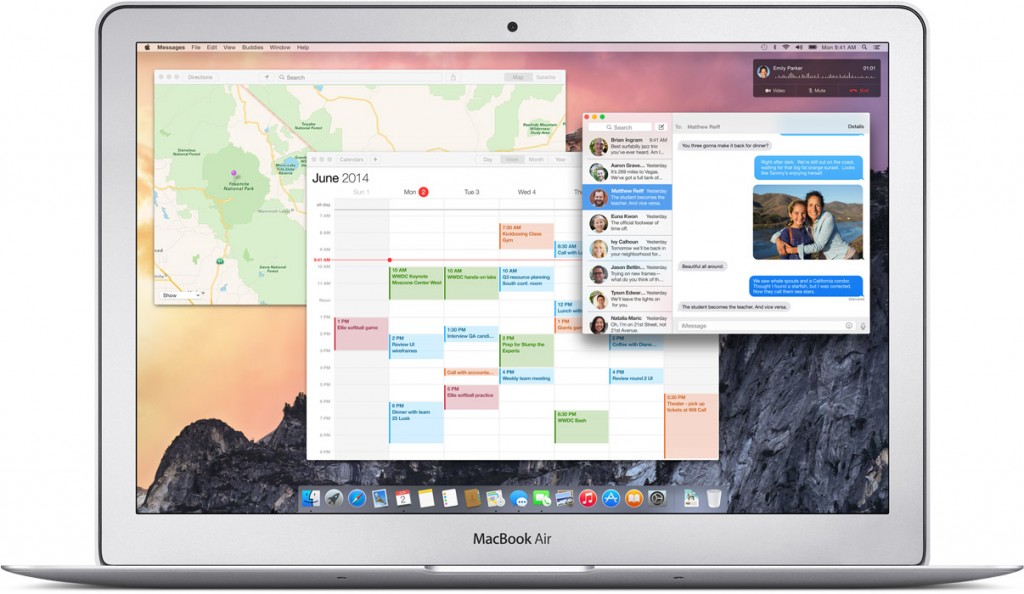 Before you do that, remember that this is only a Beta so you can expect compatibility and stability issues. Ensure that you always perform a full backup of all essential files prior to installing it. I strongly recommend trying this Beta on a secondary Mac rather than your primary computer.

The reviews have been positive thus far. Yosemite is not the incremental update that Mavericks was. It sports the biggest UI overhaul since the first launch of OS X. In addition, it’s in lock step with iOS in a way that it never was before. Not all features can be fully tested right now given that iOS 8 is restricted to developers only at present, but the integration is expected to be very tight.

Spotlight has changed significantly, it pops up in the middle of the screen rather than the top right hand corner. It now incorporates Wikipedia entries, contact information, App Stores Apps and web history results.

Messages feels much more like an iOS app than any other. You can mute and exit conversations and even add people to existing group chats. You can also send short audio recordings as messages just like the upcoming iOS 8.The Calendar and Notification Centre is now much more elaborate and includes a Today View with more reminders. This all plays nicely with Calendar, which sports a total redesign and maps. Continuity is key across all Apple products now and the relationship with iOS has never been stronger thanks to iCloud Drive. Handoff for example, will allow you to begin working on a document on one Apple device, such as your iPad, and then pick up exactly where you left off on your Mac. You can even receive phone calls on your Mac using the built-in speakers and talk through the computer’s microphone.

Mashable.com were full of praise as was Engadget and most tech journalists have stated that this is Apple’s most significant update to the Mac lineup. When OS X Yosemite is released in the Autumn, I will be most eager to install it, although I’ll probably wait until the first point release with bug fixes is out there. I haven’t been this excited about a new edition of Mac OS X since Snow Leopard. So if you’ve had a chance to play around with the OS X Yosemite beta, let me know your thoughts in the comments below.