After listening to the cries of users for so long, Microsoft has finally capitulated and restored the Start Menu within Windows to its former Desktop glory. According to a leaked image from MyCE, which shows build 9795 of what continues to be referred to as Windows 8.1, the Start Menu will make a welcome return. 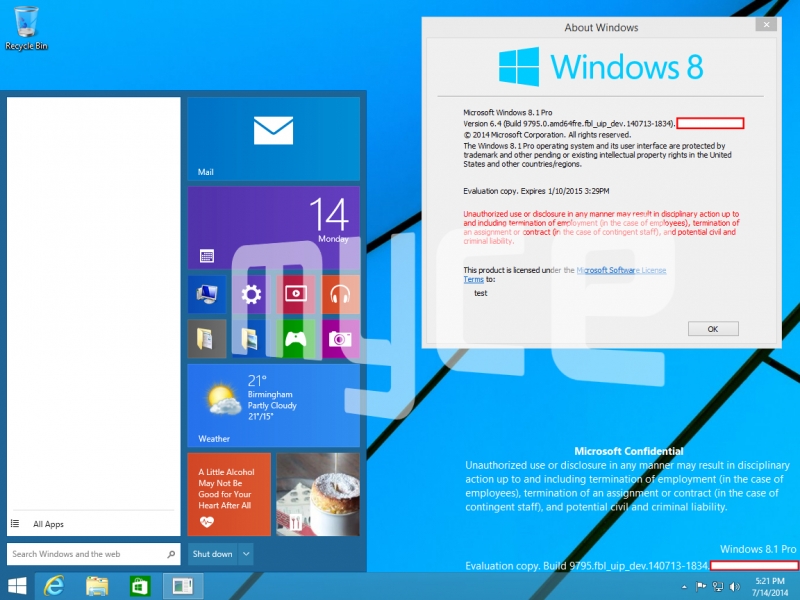 However, the design and implementation is a little different to what we’ve previously been used to. Microsoft are clearly trying to merge the desktop and Modern UI into the same environment and can be seen in how they have blended Modern apps within the Start Menu itself. The new Start menu contains familiar Modern UI stylings in a apps and hybrid pane that is both a throw back to Windows 7’s Start Menu and reminiscent of Windows 8.

In addition to the leaked Start Menu images, there have also been leaked pictures of Metro apps running within the native Windows 9 desktop environment. It is believed that this is part of Microsoft’s push to better accommodate mouse and keyboard users who have not taken well to the touch-based Windows 8 interface.