Tech Roundup: Did Apple do the right thing?

Did Apple do the right thing?

The following is s Tech News Roundup for Thursday 22nd of May 2014.

First up, was the very big and unexpected news that Microsoft introduced their new Surface Pro 3 tablet in New York this week. We all expected to see a smaller 8-inch Surface but that didn’t happen. Instead we got this larger 12-inch device with a 2160 x 1440 resolution display and an even greater viewing area than a 13-inch Macbook Air. 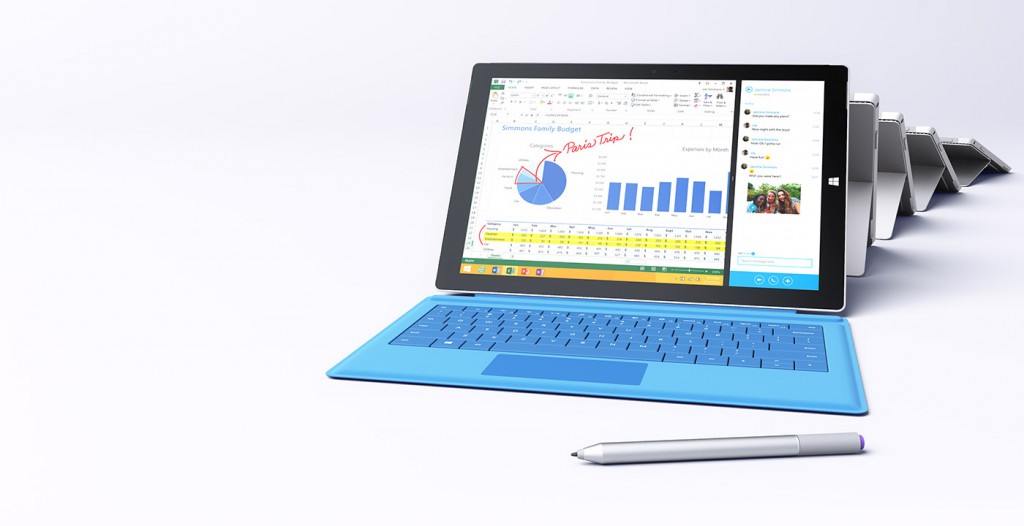 In addition, the new keyboard offers a trackpad that is 68% larger than its predecessor. What’s even more impressive is that despite being 2-inches larger in screen size, thanks to its form factor being just 0.36 inches thick, it weighs only 800 grams, which is less than the 10-inch Surface Pro 2.

The specs have also received a speed bump, with a new Core i7 processor, up to 8GB of RAM and 512GB of internal storage. The new kickstand allows you to place it at any 150-degree angle you like. There’s a newly redesigned stylus, with enhanced functionality within OneNote, a USB 3 port, front facing speakers and an optional docking station that allows you to output to a 4K monitor.However, the pricing is less impressive, the entry level Core i3 model with a 64GB SSD and 4GB of RAM wil set you back $799. The highest end configuration with a Core i7 processor costs $,1949. I think this pricing structure was a big mistake, Microsoft had an opportunity to really swing the convertible tablet / laptop market in its favour and may have compromised their ability to capitalise on a great product.

Next up, Apple has lost their top spot in the world’s most popular brand rankings to Google. According to Research Company Milward Brown, Google jumped ahead of the Cupertino Tech company following a 2014 brand value increase of 40% for a total of $158.8 billion. Apple’s brand value dropped 20% this year to $147.9 billion. So do these rankings really mean anything? Well, the reasoning behind Google’s growth is believed to be related to their advancements in artificial intelligence, wearable gadgets and of course Android. These innovative products are very demonstrable to consumers, where as Apple seem to be churning out much of the same old stuff. Of course, WWDC 2014 could change all this, if they are able to produce the good next month with some interesting developments of their own.

And finally, a weird story that should really make people sit up and think for a second. Apple recently pulled a game from their App Store called Weed Firm, an iOS game in which the player controls a character responsible for growing and selling Marijuana. According to the developer, Manitoba Games, the game was removed by Apple most likely because of a violation of their terms of service. The game was popular and Apple were possibly objecting to the game’s illegal activities. It’s expected that the game will return in a watered down form. But here’s the thing, illegal activities in a video game are not illegal activities in the real world, secondly, if video games with illegal activities are not allowed on the App Store, then why are violent shoot’em ups allowed? Hitman and Grand Theft Auto are still there and they depict all manner of violence.

The reason here is that Apple is being Paternalistic, this is nanny state thinking. We all know that Marijuana is illegal in most of the United States, and I’m not getting into a morality debate about whether it should be or not, I don’t support the use of drugs at all, but the problem really is Apple are suggesting that games in which you murder people are fine, but games about selling a drug that is basically no worse than Alcohol and less dangerous than cigarettes, that’s wrong. Seriously, I cannot for the life of me understand their reasoning here.

But it would be very interesting to hear your opinions in the comments below. What do you guys think, Did Apple do the correct thing by removing Weed Firm but violent games depicting murder remain?