Microsoft has unveiled their new Surface Pro 3 tablet in a surprise announcement yesterday. At a press event in New York City on Tuesday 20th of May, the Redmond Tech giant introduced a slimmer, faster and larger version of their Windows 8 tablet lineup,  the Microsoft Surface Pro 3. It features a larger 12-inch display at a resolution 2160 x 1440 and is said to provide a larger screen viewing area than the 13-inch MacBook Air. 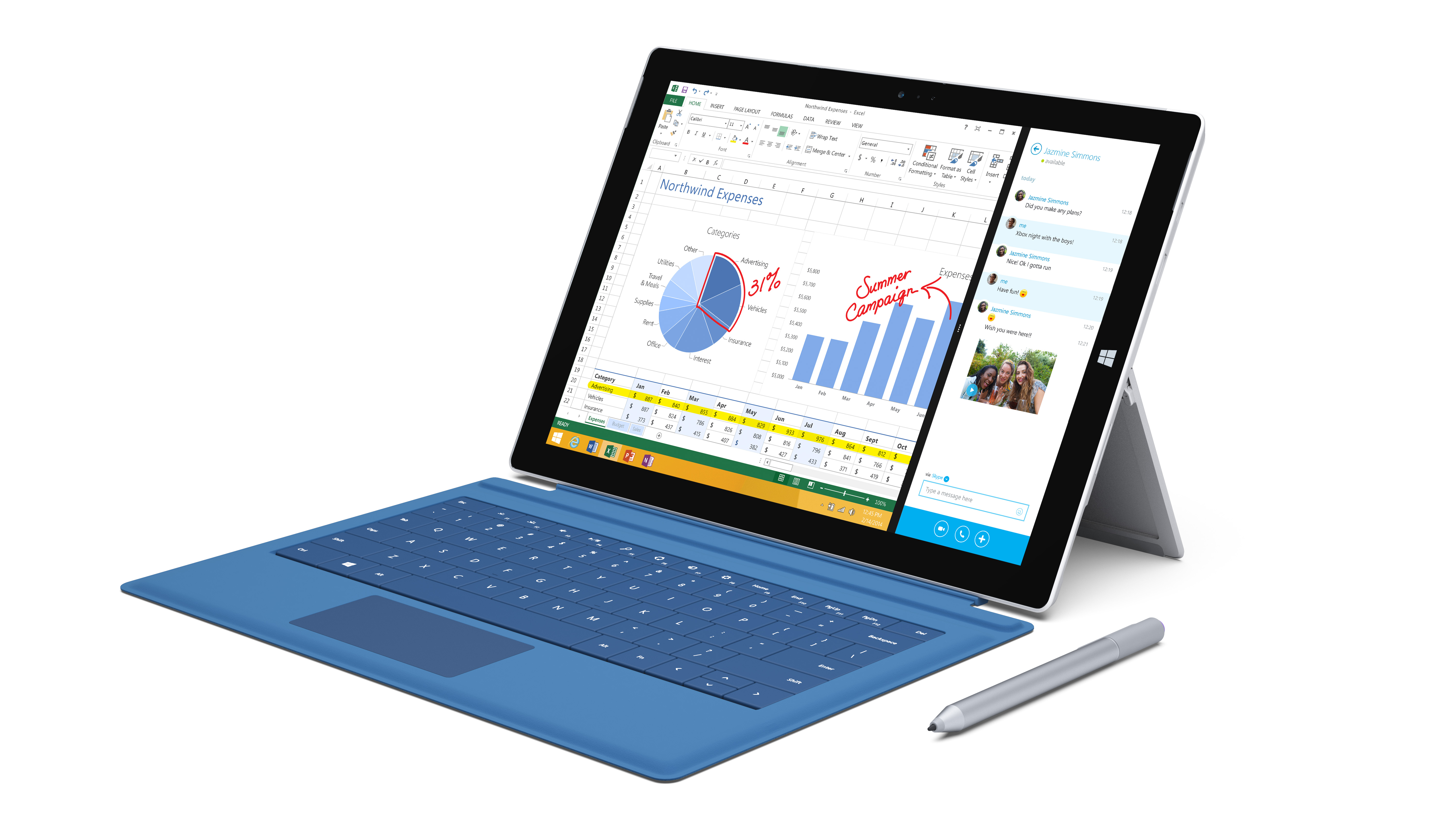 Indeed Microsoft really are pushing this as the ultimate laptop replacement tablet. Especially thanks to its redesigned Type Cover that can seals itself to the screen at an angle for increase sturdiness when on your lap.

In addition, the new keyboard offers a trackpad that is 68% larger than its predecessor, which will be a welcome update for many users who struggled with the older and smaller edition. What’s even more impressive is that despite being 2-inch larger in screen size, thanks to its form factor being just 0.36 inches thick, it weighs only 800 grams, which is less than the 10-inch Surface Pro 2.

The specs have also received a speed bump, with a new Core i7 processor, up to 8GB of RAM and 512GB of internal storage. The new kickstand allows you to place it at any 150-degree angle you like. There’s a newly redesigned stylus, with enhanced functionality within OneNote, a USB 3 port, front facing speakers and an optional docking station that allows you to output to a 4K monitor.

However, the pricing is less impressive, the entry level Core i3 model with a 64GB SSD and 4GB of RAM will set you back $799. The highest end configuration with a Core i7 processor costs $,1949. I think this pricing structure was a big mistake, Microsoft had an opportunity to really swing the convertible tablet / laptop market in its favour and may have compromised their ability to capitalise on a great product.