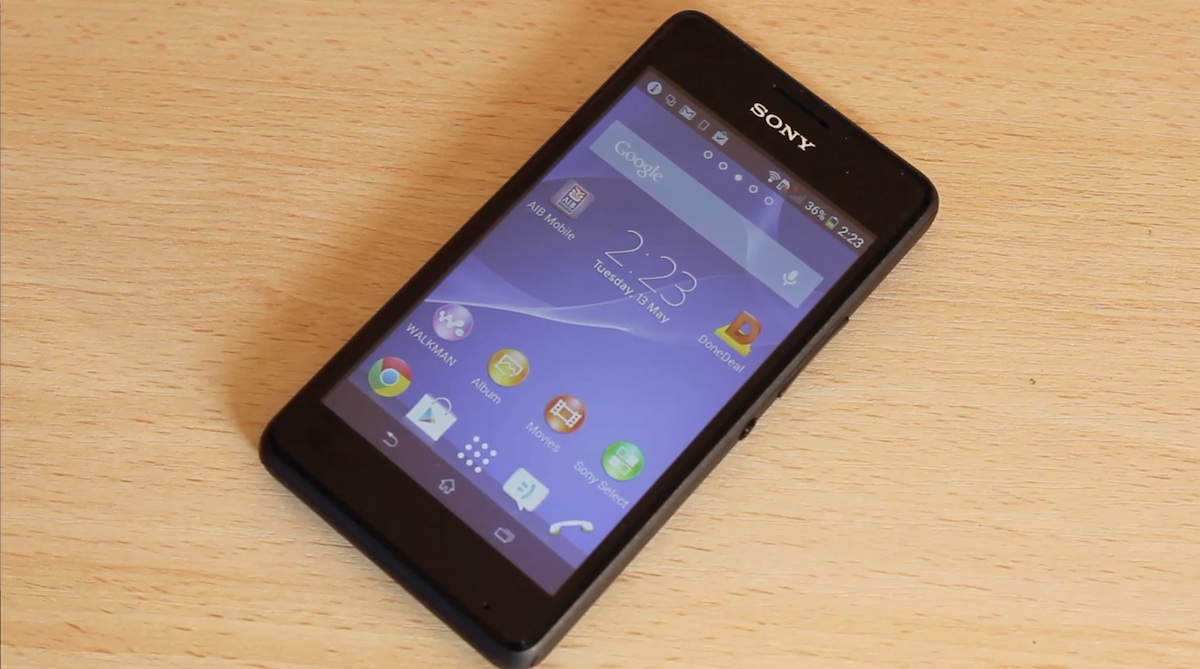 The Sony Xperia E1, a music centric smartphone at a low cost price. It may be a little chunky but it’s easy on the pocket in more ways than one. It’s pretty diminutive in size.

Upon taking the Sony Xperia E1 out of the box, the first thing I noticed is just how plasticky and cheap it feels. But for less than €100 you can’t really complain. Well you could but you wouldn’t be justified. It’s got low end specs and isn’t designed to compete against more luxurious and premium handsets like the HTC One M8, which costs over 5 times the price. It’s also running Android 4.3 Jelly Bean but am upgrade is expected to KitKat soon.

The specs for this Sony Xperia E1 are as follows, a Qualcomm Snapdragon 200 series CPU at a clock speed of 1.2 GHz, thats Cortex A-7. 4GB of storage and 512MB of RAM. Storage can be expanded via MicroSD to 32GB. The battery is also removable. The 4-inch display offers a resolution of just 800 x 480 and while it feels cheep and unsatisfying to use, it is pretty responsive. But viewing angles are poor and when using it outside, reflections make it difficult to see clearly. With those gripes out of the way, it’s time for the good. This is a really capable little device despite being underpowered. I was impressed with the performance of the Sony Xperia E1, web browsing is ok, not bad, pages rendered reasonably quickly without much issue. Video plays nicely through YouTube and the speakers, while not great and lacking base, are certainly loud.

The camera is a 3MP shooter, theres no front camera incidentally. Video is lacklustre at just 19 frames per second, but the sound recording was good and photos are decent enough. Also theres no flash – this really is a “no frills” phone.

I was amazed to see CSR racing run on this thing and run very well indeed. It seemed more playable than the Prestigio devices I’ve used. The Sony Walkman feature is the stand out area of the phone, with a quick launch and control button on the top. The music store in the Walkman app is a nice alternative to something like iTunes. Music lovers will be most pleased.

To me the Sony Xperia E1 is like a pretty good Android-based MP4 player or mini tablet that just happens to be a phone also. It performs better than expected and will no doubt find a home in the low-end Android market and among those looking for a cheap Sony Walkman device.