iOS 8 to bring Split Screen Multitasking to the iPad

iOS 8 may be about to bring a much eagerly awaited feature to the iPad, something that Android and Windows devices have had for some time – Multitasking! 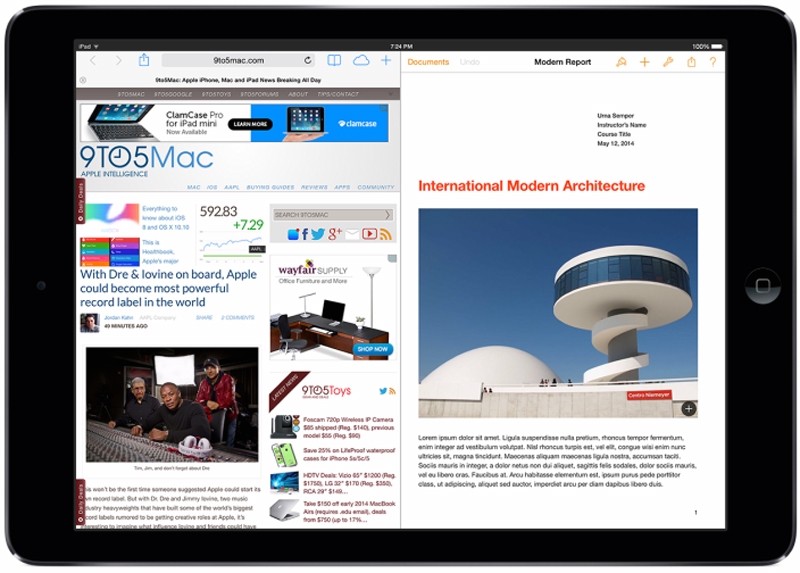 According to a report by 9to5Mac, iOS 8 will offer users the ability to run two applications on screen simultaneously, on their iPad, thus far users have only been able to run one app at a time. In addition, Apple’s implementation of split screen multitasking is said to offer enhanced interactivity between the two open applications. Users will be able to seamlessly drag, drop, copy and paste text from one window to the other. Apple is believed to be working closely with developers to make this happen.

This would certainly make for a great answer to Microsoft’s Snap feature, which is particularly popular among power users and the Enterprise sector, where productivity and multitasking go hand in hand.

Considering how much of an instrumental and defining feature this has been for the Windows 8-powered Microsoft Surface devices, it’s surprising that Apple have taken so long to introduce it. iOS 8 is expected to be announced at the WWDC 2014 (World Wide Developers Conference), which is due to take place early next month.