Poll: Which is best, Stock Android or Custom Android?

Stock Android, Google’s Android operating system is perhaps the most versatile, adaptable and most efficient mobile OS on the planet. Its main competition in Apple’s iOS is simply not at the races when it comes to look and feel, features, customisation or openness. 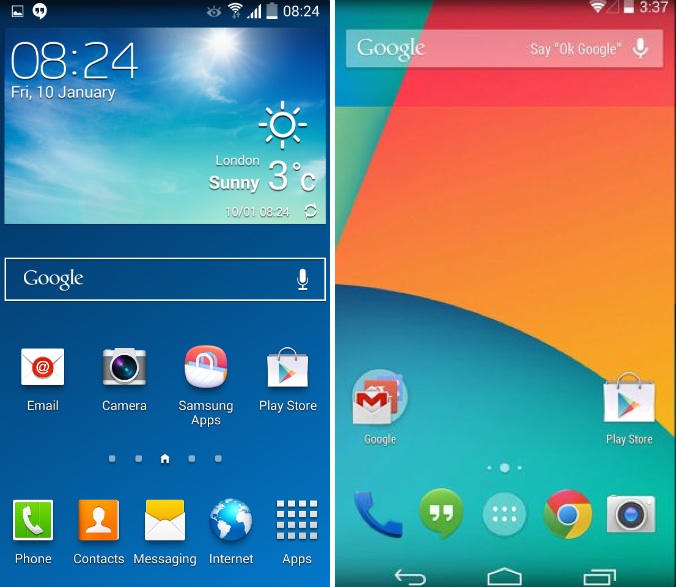 Smartphone manufacturers such as Samsung and HTC differentiate their devices with their own specialised UIs. For Samsung it’s TouchWiz and for HTC it’s Sense UI. This provides the user with a very different experience than stock Android alone. Some users find custom UIs a welcome and refreshing change, as they get to enjoy a whole host of new features that are unique to that particular device. However other users complain that custom UIs can be restrictive, limiting and contribute to fragmentation in the Android world instead of unity.

It is true that a lot of handset makers are delivering very different experiences to help sell their handsets and make them stand out from the crowd. Is this a good thing or a bad thing? Well it certainly can cause allegiances and fan groups to emerge. Some users simply won’t touch Android devices from some companies because they don’t like the proprietary interpretation of Android that they have implemented on their smartphone or tablet. Furthermore, UIs are a great way of keeping users within the ecosystem of their products and this can make some people feel trapped.

On the reverse side of the coin, stock Android is fresh, familiar and totally open and unmodified. Users know what they’re getting, this can mean that it can become stale or boring but I hardly think that would be a common belief. After all, Android has the potential to be visually and aesthetically modified beyond belief. No two devices need to be the same in the way two iPads or iPhones are virtually identical. There are certain manufacturers who don’t produce their own custom UI but will instead simply bundle a few apps of their own onto the device, bloatware effectively. Love it or hate it, these are methods of giving users something different.

So in today’s Tech Poll, I’m asking you, Which is best, Stock Android or Custom Android?