The Evolution of the Laptop 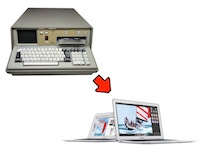 The Laptop computer is an essential everyday appliance, we take its form factor, design and convenient portability for granted but it has undergone a considerable evolution to reach its current state. Now the laptop has been transformed into numerous off-shoots including the Tablet computer, Chromebook and convertible Notebook. The question is, where did the Laptop originate from and how it did become the device we know and love today? 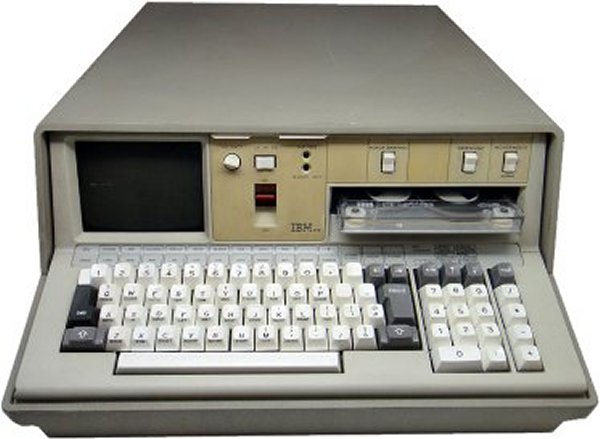 For that answer, we must travel back to September of 1975 with the launch of the IBM 5100 Portable Computer. As you might image, laptops originated from desktop computers and even as far back as the 1970s, there was a demand by users and businesses for PCs to be made portable. These computers were hardly fit for a persons lap and considering their substantial weight, they were often not the most portable to begin with. The 5100 weighed 25KGs and was transported using a carrying case. It was like carrying around a large and rather heavy brief case. This computer ran BASIC, came in 16KB to 64KB editions and had an IBM PALM Processor at 1.9MHz. It also featured a 5-inch display. These types of computers were nothing like our understanding of a Laptop, they were merely computers that could be moved from one location to another.

In 1982 we saw the introduction of the Compaq Portable, which had a 9-inch CRT display. It shipped originally in January of 1983 for $2,995, which is the equivalent in 2014 of $7,100. It was really the beginning of the All-in-one desktop computer, while being somewhat portable, it ran MS-DOS and had a memory capacity of 128KB. It had two 5.2-inch floppy disk drives or an optional floppy drive and a 10MB hard drive. It weighed 12.5KG.

Even the original Macintosh from Apple could be considered a portable computer. With its carry handle on the top and battery backup feature, it was designed to be moved around when needed. 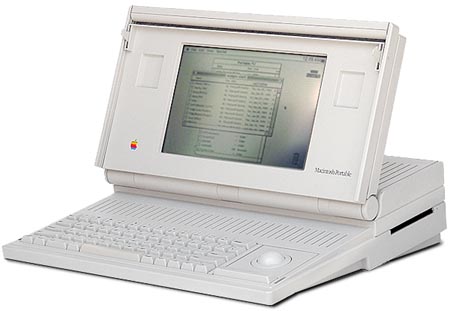 Then in 1989 Apple unveiled the Macintosh Portable, another “luggable” computer, rather than an out-and-out laptop but it very much established the basic conventions we’ve come to expect from modern laptops. It boasted a clear active matrix display and a long battery life.

However, its bulkiness made it a hard sell and the computer was largely a commercial failure. In 1991, the PowerBook 100 series finally brought laptops into the mainstream and it more closely resembled what we expect a Laptop to look like. It featured a built-in trackball as the input rather than a trackpad. 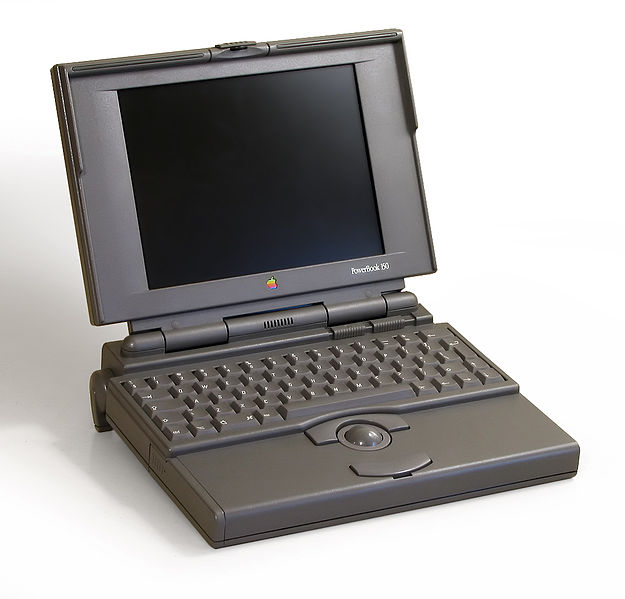 The PowerBook computers would change the way portable PCs were developed forever and gradually bring about a major revolution in portable computing, that would of course lead to mobile devices such as tablets and smartphones. Incidentally, the PowerBook 500 would become the first laptop to feature a trackpad as its primarily point-and-click interface.

As laptops became as powerful as desktop systems in the 2000s, a demand for more and more streamlined mobile devices emerged. In 2007, the Netbook was born, which was largely designed as a simplified low-cost web browsing PC, which shipped first from ASUS as the Eee PC. The Netbook craze took hold heavily in 2008 and 2009 but would succumb to much criticism for being too underpowered, inconvenient to use and then obsolete when the next generation of Tablet computers emerged in 2010 with the introduction of the Apple iPad. 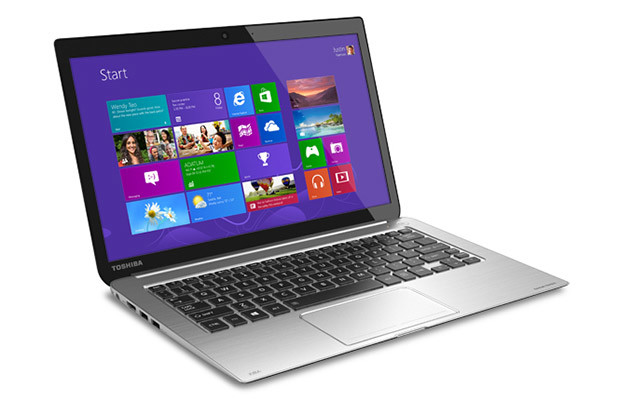 So where do Laptops stand today? Well mobile devices have now surpassed laptops because we now live in the post-PC era. However, laptops are still reasonably popular for power users and those needing more peripheral support, local storage, processing power and productivity capabilities on the go. They will no doubt continue to become more and more marginalised as Tablets become more capable of handling all business and casual computing tasks.