You know for us Tech geeks, movies about computing and technology are usually at best, little more than mindless escapism and at worst, painfully offensive trash that frequently violates logic, reason and demonstrates the writer’s ignorance of computing. So today, we’re going to look at 10 technology related movies, 5 good ones, 5 horrendous ones.

Number 1: 2001 A Space Odyssey (1968): Now I know this movie is seriously cerebral and at times unwatchable, but it is incredibly operatic, visually groundbreaking thanks to amazing work by Stanley Kubrick and Hal 9000 is one of the most iconic characters in cinema history. Although I personally prefer 2010 because its story telling is more conventional, this is a masterpiece film that must be seen by all movie and sci-fi lovers.

Number 2: Tron (1982): Although it’s seriously dated visually by today’s standards, it’s become a cult classic. Flynn, played by Jeff Bridges is a software engineer who is transported into a virtual world run by the evil ENCOM and is forced to fight against the Master Control Program through a series of games such as the light cycle challenge. Incidentally, I really love the sequel Tron Legacy. I know that film is like marmite but from its visuals to the music and atmosphere, there’s just something about it. Anyway, watch both movies back to back to really appreciate the entire Tron world. 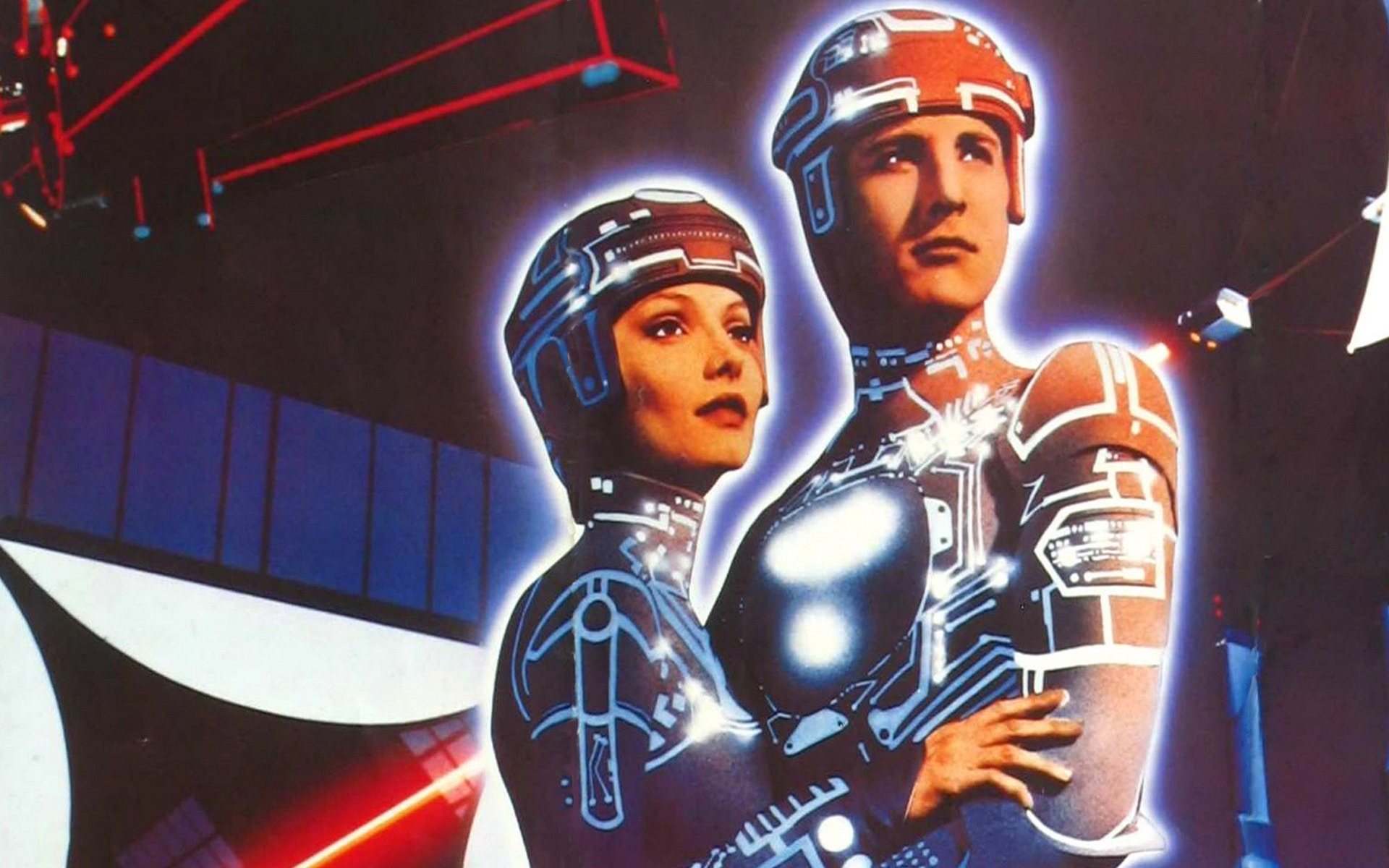 Number 3: The Matrix (1999): No one knew anything about this movie before it was released and it was the surprise hit of 1999. The Wachowskis brought a fresh take to the action genre with bullet time, awesome fight scenes and a thought provoking question: Is reality just a computer simulation? Keanu Reeves also enjoyed a resurgent career and kung foo became popular again. Ignore the two horrible sequels, the first one is the only one worth talking about.

Number 4: Terminator 2: Judgement Day (1992): The evil time travelling computer system Skynet is back again to try to kill the leader of the future human resistance, John Connor, this time as a teenage boy. They send Robert Patrick as the shape shifting T-1000 to do the job this time. But Arnold Schwarzenegger’s reprogrammed T-800 Cyborg is on hand to stop him. Easily one of the best examples of how to make a sequel. Movies like The Matrix and the Terminator franchise explore what the terrifying future of Artificial Intelligence might one day lead to. 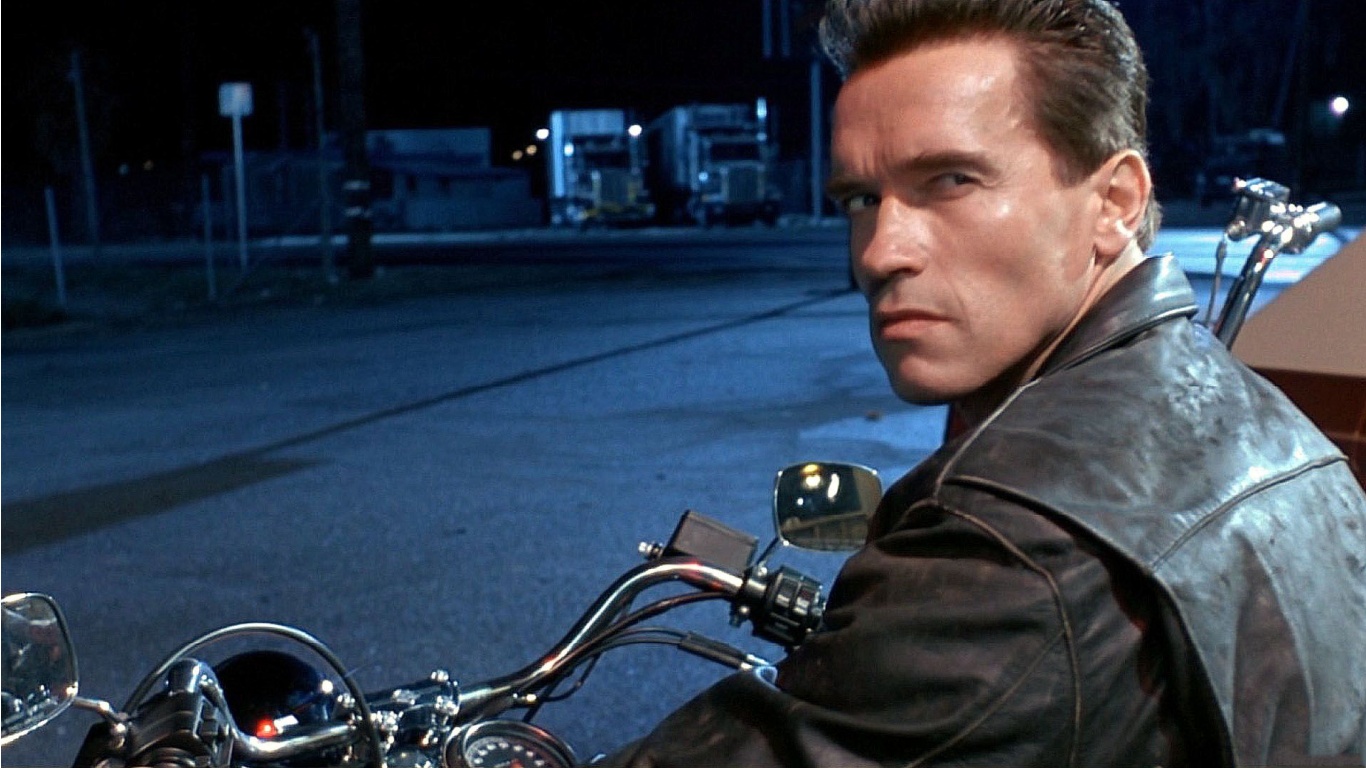 Number 5: The Social Network (2010): You might hate Facebook, but the true story of how the website got founded is a real cinematic gem. Jesse Eisenberg does a fantastic job as Mark Zuckerberg and proves that geeky content can sometimes make for a great film if done correctly.

And now the Bad:

Number 1: Swordfish (2001): To be honest, anything with John Travolta is pretty much firmly placed in the “avoid column” for me. Nevertheless you’d hope that the presence of Hugh Jackman and Halle Berry would help things along. This action / hacker flick contains some of the worst, most cliched computer hacking scenes and tired dialogue you’re likely to see. A mediocre script made worse by a story that lacks any level of creativity and becomes an excuse for mindless action and random sex scenes. Avoid this one like a bad case of Adware. 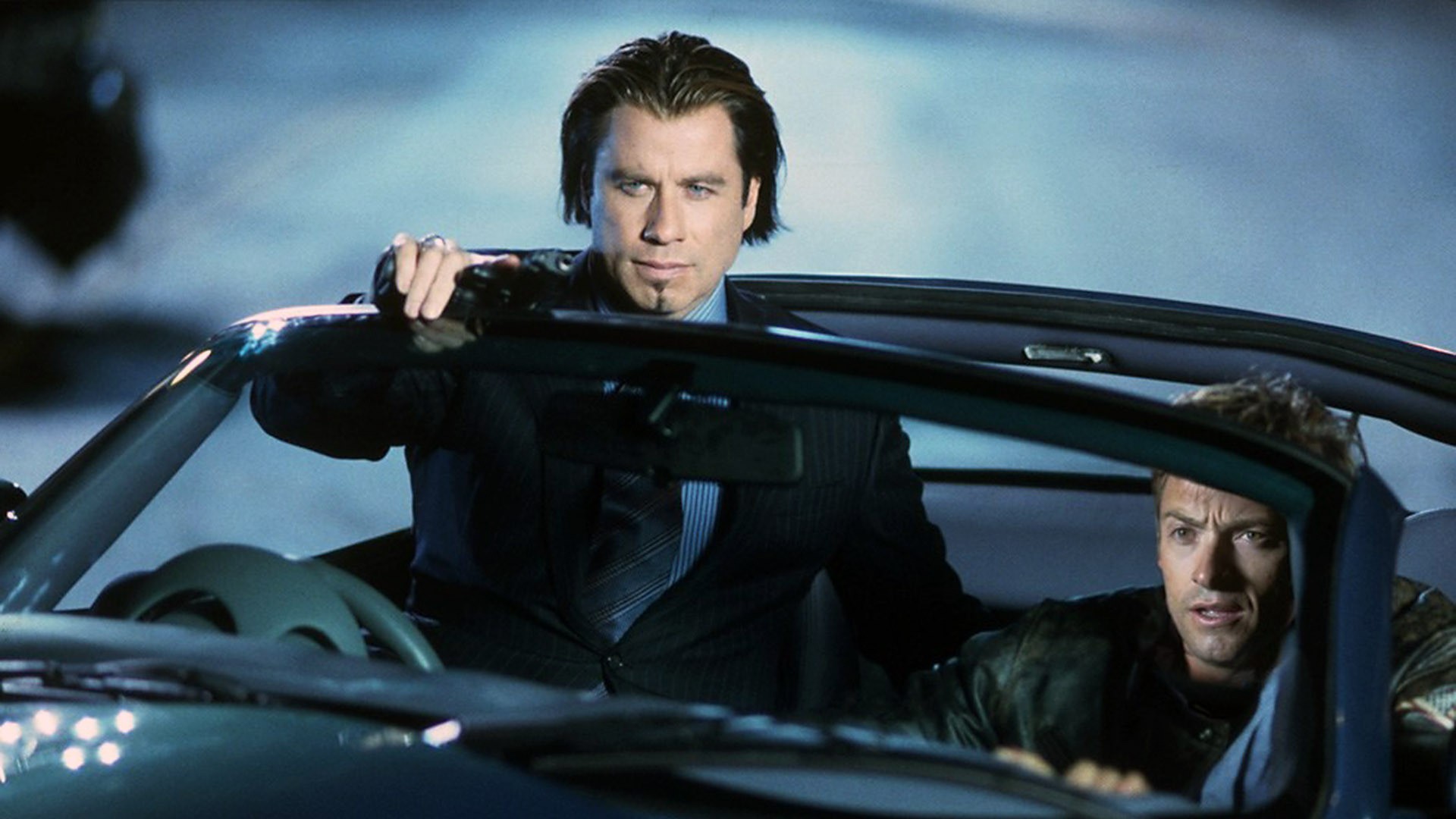 Number 2: I, Robot (2004): As an action popcorn affair, it’s not bad, as a genuinely thought provoking critique on slavery and whether machines can ever develop their own culture, it’s a missed opportunity. It’s like the writers realised they had all this potential with the story but then the studio just came in and said: “Hey Will Smith is in this movie, throw in some gags, explosions, a bunch of comedy moments and a typical Hollywood crash bang set-piece at the end. That ought to make for a great summer blockbuster”. It does and that’s why it’s watchable, but ultimately disappointing. 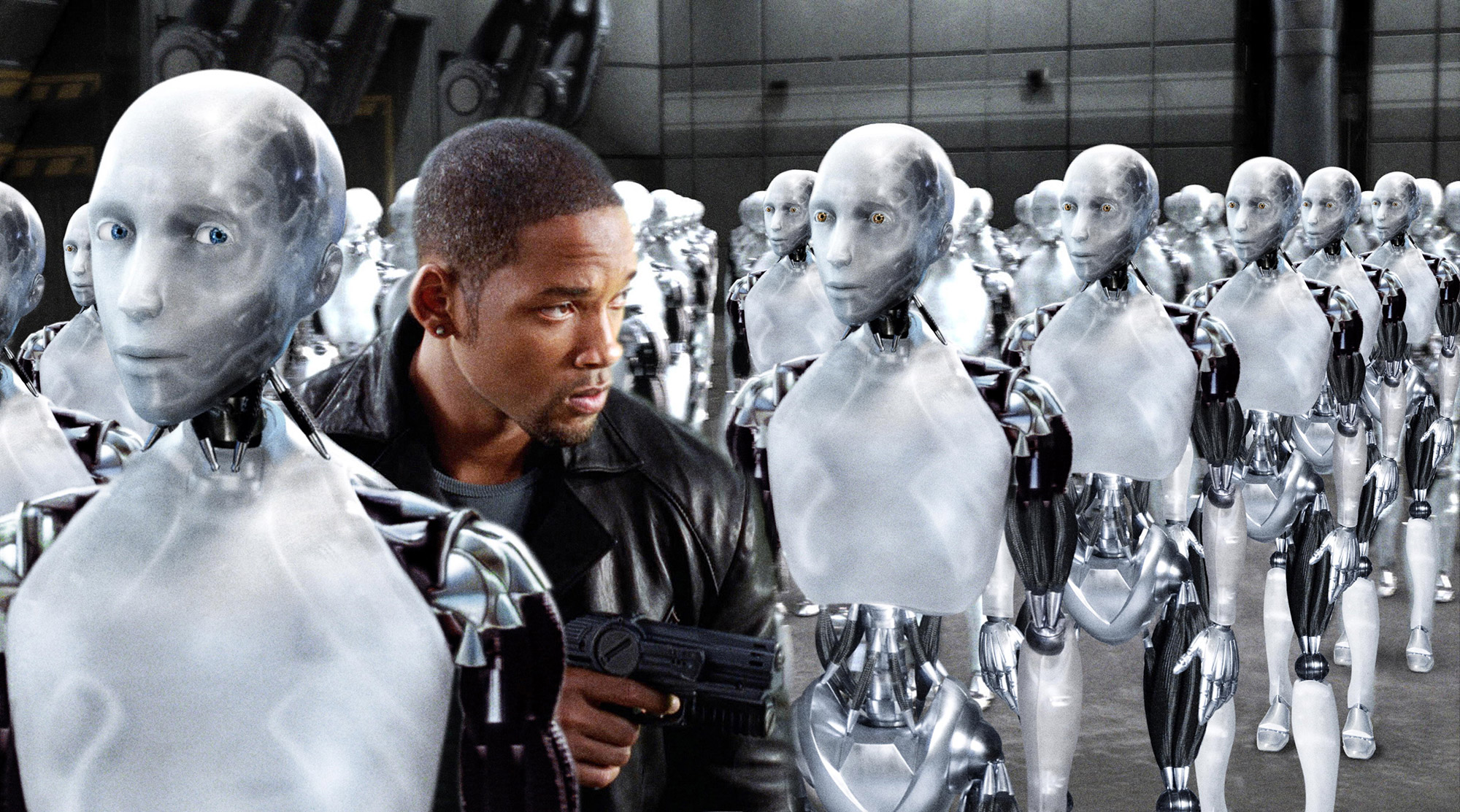 Number 3: eXistentZ (1999): Why was this film made? Honestly, how this is considered a classic cult film, I’ll never know. Another film that questions reality with a virtual world concept, but this time created by some weird organic bio-ports inserted into people’s bodies. It becomes a pretty disturbing horror movie with absolutely no plot worth talking about and both Jude Law and Jennifer Jason Leigh look genuinely confused as to what they are supposed to be doing. It’s a mediocre attempt at a sci-fi film at best and made worse by an anticlimactic ending. I really don’t get this film. 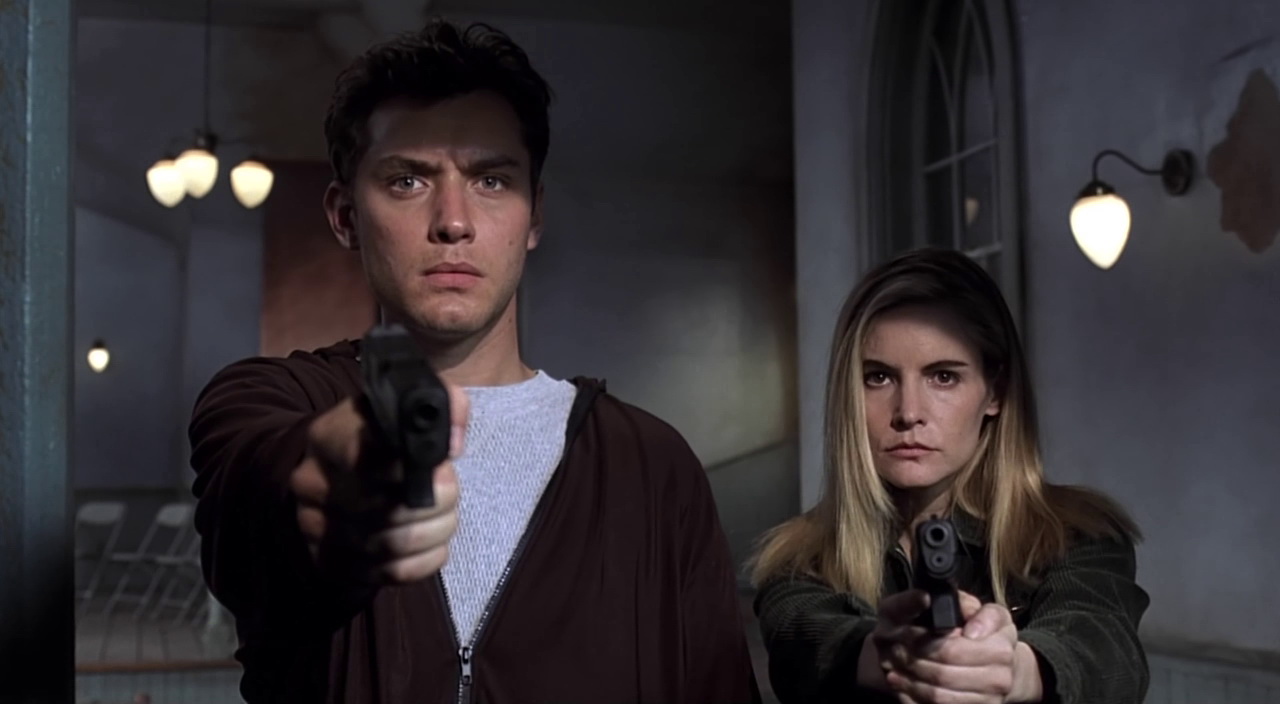 Number 4: You’ve Got Mail (1998): Ah yes, the late 90s, a time when it was still perfectly normal for some people to not have an email address or indeed regular access to the Internet. Strangely I find myself missing those days. Anyway, with Tom Hanks and Meg Ryan trying to recreate the romantic magic of Sleepless in Seattle, it seemed on paper that this was a straight forward RomCom cash cow…and it was. The emphasis of using email as a new and trendy way to progress their relationship must have seemed exotic and cutting edge at the time. As a result, this film has aged badly. 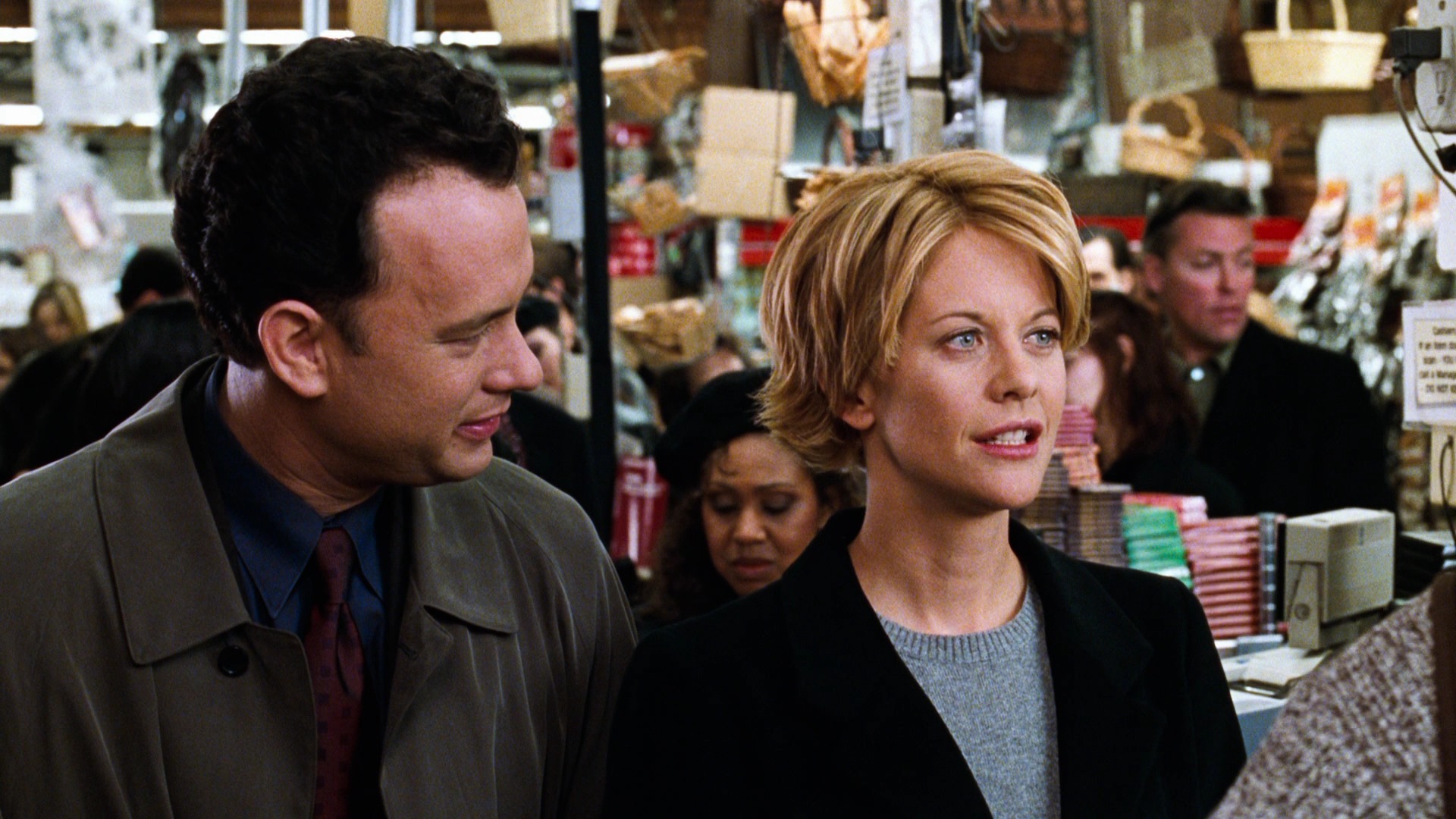 Number 5: Hackers (1995): Oh, easily the best of example of the idea that when you try to look futuristic, you end up looking dated very quickly. Angelina Jolie became a breakout star largely because of this hammy cliched movie. Filled with cheesy avatar names, an unrealistic gothic hacking subculture that simply doesn’t exist and by today’s standards, cringe inducing tech references. For tech enthusiasts and geeks alike, it’s easy to feel a bit misrepresented by this movie. Overall, I have to admit, it’s a tough watch. 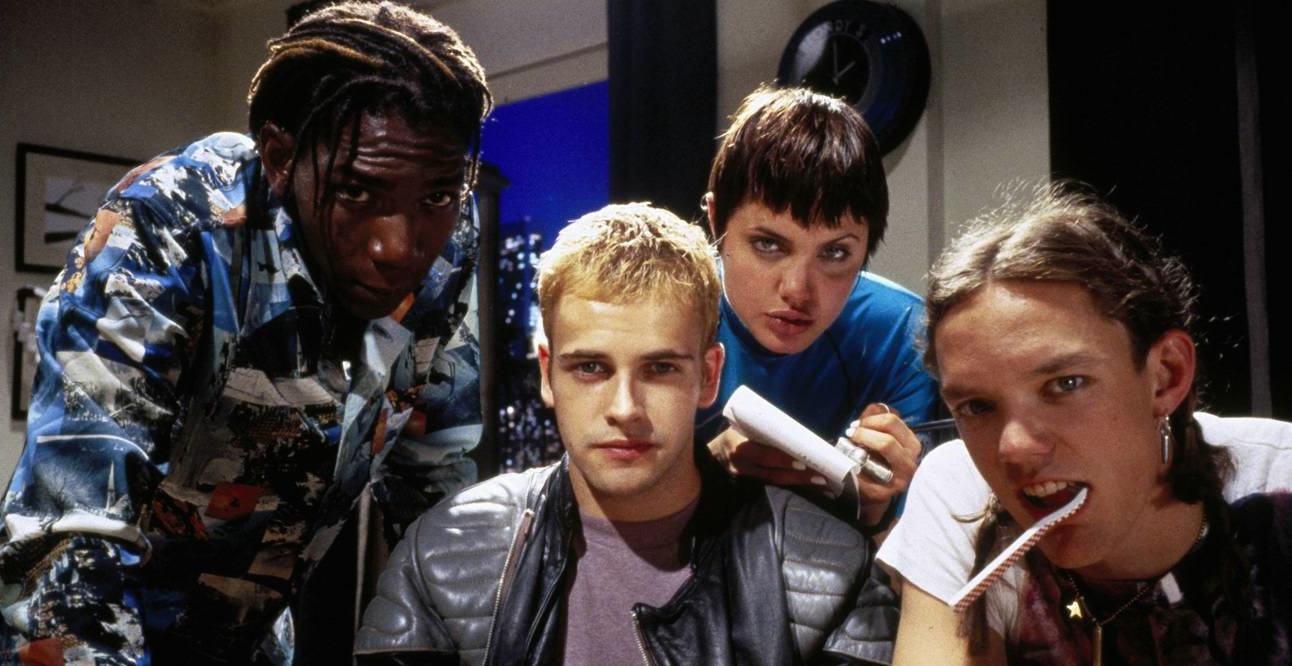 For example, here’s a sample of the script:

Phreak, with a P, says: “Yo, check this out guys, this is insanely great, it’s got a 28.8 BPS modem!” Then Dade responds with: “Yeah? Display?” and Cereal replies “Active Matrix, man. A Million Psychedelic colours. Man, baby, sweet, ooo!”Phreak then says “I want it to have my children!”

How was this dialogue considered in any way hip or clever at the time? It was nausea inducing then and infinitely more offensive now. Comment below with any films you feel should have made the list and be sure to subscribe to Computing Forever on YouTube for more tech videos.