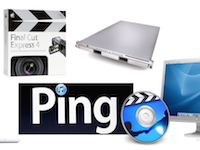 Apple has certainly produced some amazing and game changing products over the years. However, they’ve also retired a few, some because they were no longer relevant, while others were killed off controversially, proving that really their only motivation was financial and not for their loyal user base, unlike what their propagandistic commercials might have us believe.

Apple are the kings of quietly euthanising a once favourite product without you even realising it. In this video, let’s run down the top 10 list of recent products that Apple have secretively killed off.

Number 1 is iTunes Ping, now unlike all the other products on this list, Ping was something no one cared about anyway. It was a music-orientated social networking and recommending system introduced in 2010. Because it was even more pointless and mediocre than it sounds on paper, it was terminated in September of 2012 and replaced with Facebook and Twitter integration instead.

Number 2: The Macbook, both White and Black models. The Black Macbook, also known as the BlackBook was controversially killed off in October of 2008 following the introduction of the Aluminium unibody Macbook, which would later be reclassified as a MacBook Pro. The White Model would remain on sale as the cheaper entry-level Mac laptop and even receive a plastic polycarbonate unibody upgrade of its own in October of 2009, that was a gorgeous machine but sadly, Apple stopped selling the MacBook in July of 2011. Since then, the only Mac laptops available for purchase are the Macbook Air and MacBook Pro.

Number 3: The 30-inch Cinema Display,. It’s a real shame this one is gone, although it was simply a little too thick, nevertheless, the display size was most welcome. In July of 2011, Apple replaced it with a 27-inch ThunderBolt display.

Number 4: This one also relates to size, the 17-inch MacBook Pro had a serious professional following and its demise in June of 2012 was a sign that Apple was starting to neglect the pro industry enthusiasts who had kept the company afloat during the difficult days of the mid to late 90s and instead began to focus on the general mass consumer market.

Number 5: iDVD. I couldn’t believe this when it happened. A once major staple application of iLife, although it wasn’t the best DVD burning programme out there, it was still one I used often. It met its demise when Apple wielded the axe following iLife 11 in October of 2010. In all honesty, I don’t miss DVDs nowadays but at the time, killing off DVD video burning capabilities in 2010 was a little premature.

Number 6: Xserve. Yes this was a rather niche Apple Product this was a rack mounted computer system that was certainly missed in IT sectors. It was replaced by the Mac Mini Server and Mac Pro Server in January 2011.

Number 7: AppleTV with internal storage. Yes Apple continue to sell the AppleTV but as of 2010, Apple no longer sells one with a built-in hard drive, although there is an undocumented 8GB of flash storage.

Number 9: All Macs with a DVD Drive. Apple no longer sells a single desktop computer or laptop with a DVD drive built-in, from their MacBook Air, Pro, Mini, iMac and Mac Pro, if you want to use a DVD disc, you’d better buy an external USB drive or make use of remote disc.

Number 10: And lastly, Front Row, a media centre application that was similar to Windows Media Center or Boxee. It would serve as the basis of AppleTV’s interface allowing you to view your photos, videos, podcasts, listen to music and view movie trailers online. It worked great with the old Apple remotes too. To be fair, it had genuinely become irrelevant and was mothballed in July of 2011 with the release of Mac OS X Lion, but I still miss navigating through movie trailers and watching them through Front Row.

So what retired Apple products do you miss?