Mac Vs PC – How they built our technology culture 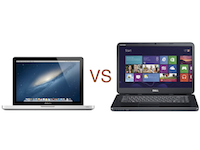 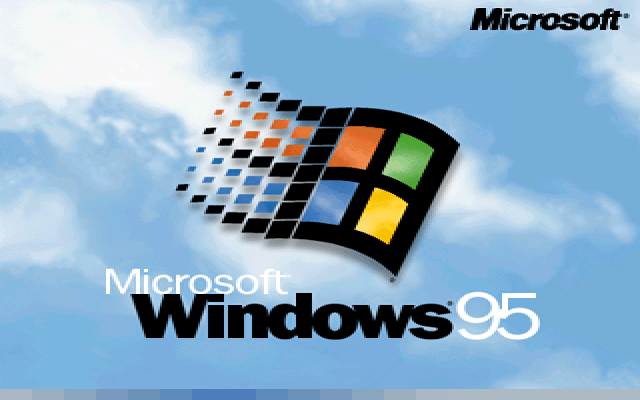 Ever since the initial launch of Windows 95, the competitive element of the GUI we still use and recognise today, originated by Mac OS System 1, was to now finally go head to head in this highly competitive market. In much the same way as the first motor vehicle with a steering wheel, gear stick, key operated ignition and handbrake, so too have the two most notable Operating Systems of the time finally achieve the same.

Windows 95 featured several key elements that made it on a par to that of Mac OS System 7.5.1 at the time, these being: decentralising running applications (introduction of a task bar), logical file structures, a Recycle Bin (similar to Wastebasket/Trash) and above all Desktop items that are represented in much the same way as a typical office environment layout. This leads onto immediately identify, to the trained eye, the most obvious comparison between the two GUI’s. Windows appearing to be an ‘office environment’, and Mac OS appearing to be a ‘graphics studio’.

This was to be the true start of the birth of two different cultural trends. Although ironically, partly due to Windows at the time being now so easily accessible to the masses, both in terms of usability, compatibility and cost, meant the gaming platform for instance was far greater on the system rather than Macintosh due to the huge gap in financial popularity, difficulty in transitioning software binaries for PowerPC processors and DirectX foundations. During my own childhood of the 1990’s, I became evermore frustrated by the lack of support for the Macintosh system even after the introduction of the original iMac G3. 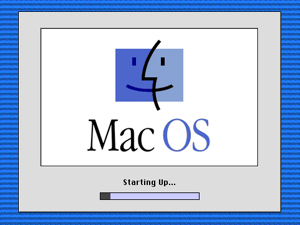 These I believe, are the main contributing factors as to why there appears to be such a cultural trend in difference between both Apple and Microsoft, ever since the original iMac was released around 1998. The original iMac G3 was the second gold standard of the PC since the original 128k Macintosh, it’s simplistic character and vibrant use of colours saved Apple. Many consumers fell for this vibrant look of the iMac when in comparison to dull grey boxes and monitors being the PC alternative. Many however still regarded third party hardware loaded with Microsoft Windows to be far better value financially rather than that of the Macintosh.

I have always been an avid Macintosh user first and foremost since the original iMac G3, however ever since then I have also been utilising Microsoft Windows for its own strengths. You could say, that although I do have a personal preference, I like to make use of both systems as they both have strengths and weaknesses. I believe that although there is a very real difference between the two systems, the manor in which they have been developed, marketed and sold to the public, has set their place in the huge array of different end-users.

The true popularity of the Apple Macintosh platform only truly rose in subsequent popularity was the introduction of Mac OS X in 2001 and during its 2006 transition to Intel processors.

What the hardcore Windows PC/Mac OS X fans fail with is the inability to see beyond the commercial side of both systems, to the point where they openly accept actions or the products either Apple or Microsoft produce that they do not agree with. To truly see is how to best make full use of the shear power behind computing, you need to make use of both systems, including the open source world of Linux distributions.

Since the standardisation of all the successful elements employed by both Apple and Microsoft in all of their products, the open source is now employing these technologies more accessible to the rest of the world who otherwise could not access the commercial world of technology. It is this where the hardcore, bias Microsoft/Apple fans fail to understand the true purpose of technology and how its rapid advancement can be used to secure the future.

Regardless of what system or company you prefer, you simply must exclude the controversial Mac Vs PC debate from the equation. What Apple and Microsoft fans alike should be focusing their efforts on, is using both systems for their own respective strengths. Competition in the marketplace of ideas is very important and it has brought us here to this glorious era of computing. From here, the habits of consumers will help to determine the direction the future of the operating system.