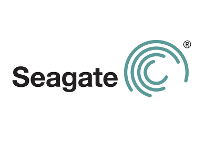 In an article from TechSpot.com, a report was conducted by cloud storage provider Backblaze that revealed that Hitachi hard drives are rated the most reliable consumer grade storage solutions on the market, with Seagate being the most unreliable. Although both manufacturers generally offer the best price-per-GB ratio when compared to their competitors, there is a significant disparity in their levels of reliability. The below graph shows this clearly. Several years ago, Seagate had significant issues with their 1 and 1.5TB  Barracuda hard drives and it appears that by and large, they have not been addressed. 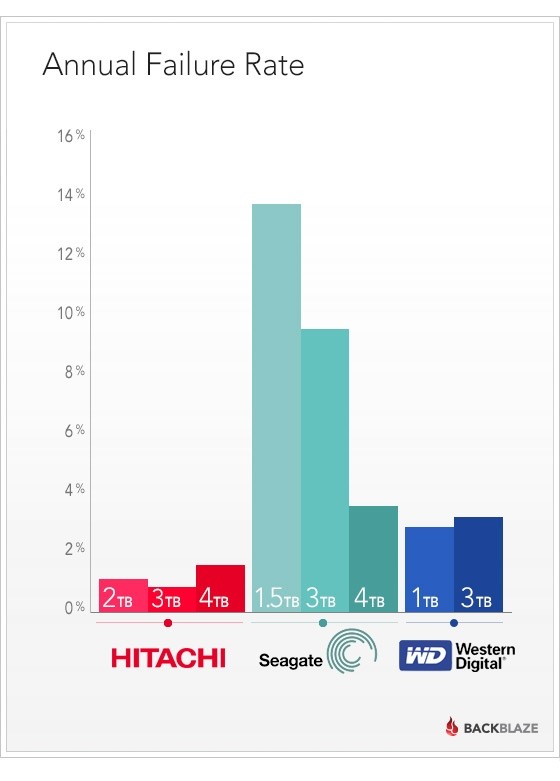 Backblaze also make use of Western Digital hard drives, which fair quite well in terms of longevity, although not quite as well as those from Hitachi. In all, the numbers don’t lie, Hitachi drives suffer from only a 2% failure rate, whereas Seagate’s potential for failure on an annual basis is a considerable 8-9%. Last year, my own 1TB Seagate external drive failed in fact, however four years earlier my Western Digital drive also met its demise. The truth is, there are no 100% reliable drives and it is advisable that computer users have more than one backup of their data.

In an additional 36 month study, Backblaze ranks Seagate’s failure rate at a very high 25%, while Hitachi and WD come in at a perfectly acceptable 3 and 5.2% respectively. 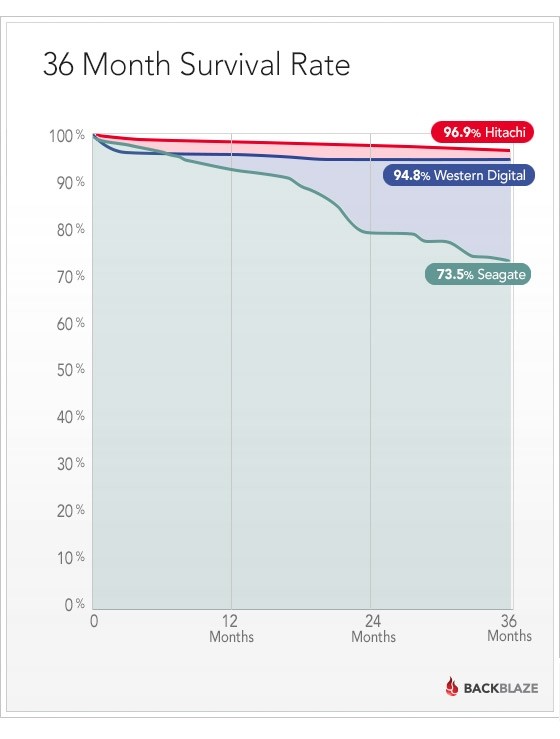 In terms of specific models, the most reliable drives in Backblaze’s storage facilities were the Hitachi GST Deskstar 5K3000 and Hitachi Deskstar 7K3000, which suffer only a negligible 0.9% annual failure rate over more than two years.