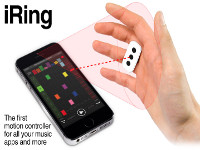 Another day at CES, another interesting tech product to discuss. IK Multimedia have announced their new iRing, a motion controller device for the iPhone, iPad and iPod Touch. They describe it as an “affordable motion-tracking technology that lets users control app functions and music effects on their iOS devices with simple hand gestures”.

This is a motion tracking controller for iOS music apps and more and will allow musicians and others to control “sound effects and other parameters of their favorite apps, in real time, using hand position, freeing them from needing to touch the screen.” 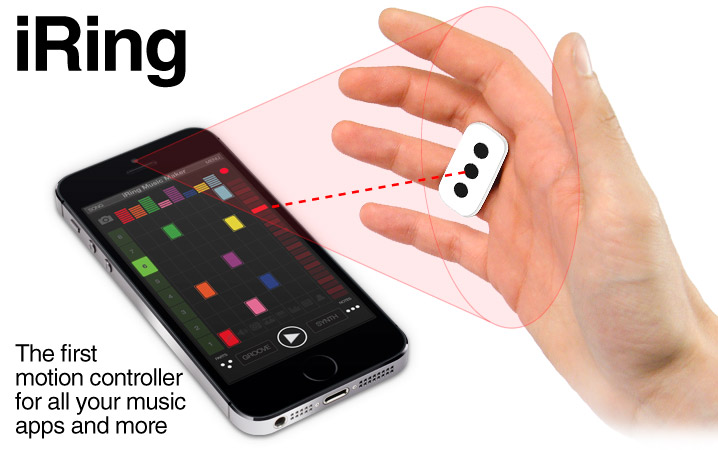 The device is worn in two different configurations on the hand employs a wearable ring with identifiable markings, it also utilises your iOS device’s front-facing camera along with advanced computer vision. This allow the iRing to determine the exact positioning of the ring’s markers and ultimately track the user’s movements. Worn, between the fingers, this double-sided controller is ideal for use when operating musical instruments. The sophisticated software allows for quick conversion of the user’s gestures into commands that are recognised by the Apple iDevice you are using.