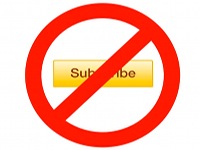 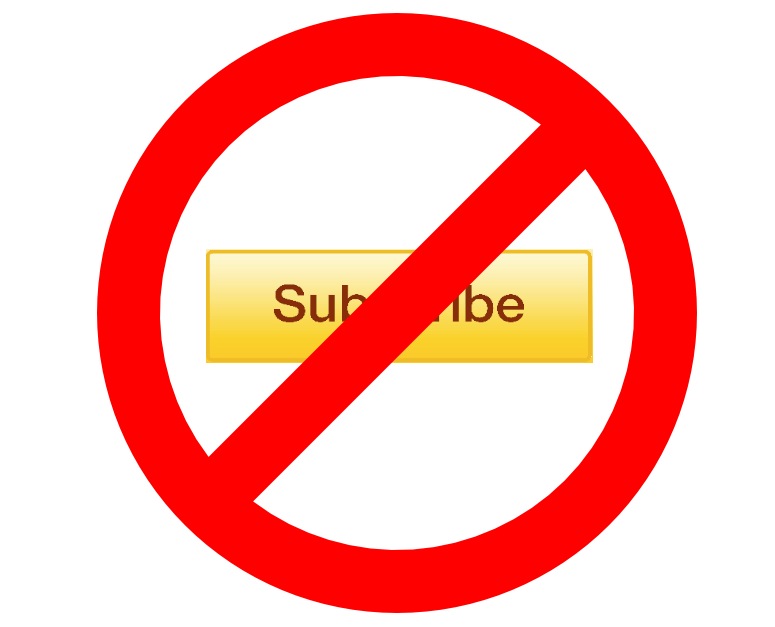 YouTube, or more accurately Google, are going to remove the ability to subscribe to a YouTube channel in the near future. That is my prediction and although many content creators may think I’m being a catastrophiser, I’m going to explain to you why I believe this is going to happen based on the current direction of YouTube and the recent changes they’ve already made.

As a YouTube partner and video creator, my living is based on producing the best content I can to my 14000+ subscribers on my channel. Over the last 18 months, my ability to generate revenue and grow my business has become increasingly difficult because the myriad of arbitrary changes Google have made to YouTube. It is the pattern of these changes that has led me to believe categorically that it is just a matter of time before they will eliminate the ability to subscribe to a persons channel and therefore all YouTubers will lose their subscribers.

Although subscriber counts continue to rise, this means very little because view counts continue to decline. Once upon a time it was a lot easier for video creators to reach their subscriber audience but two major changes have marginalised the importance of the subscription feature. First was the introduction of a new recommendation algorithm, which now bombards users when they visit YouTube. The Subscription feed is now consolidated into a tiny side bar button on the left hand side of their home page. 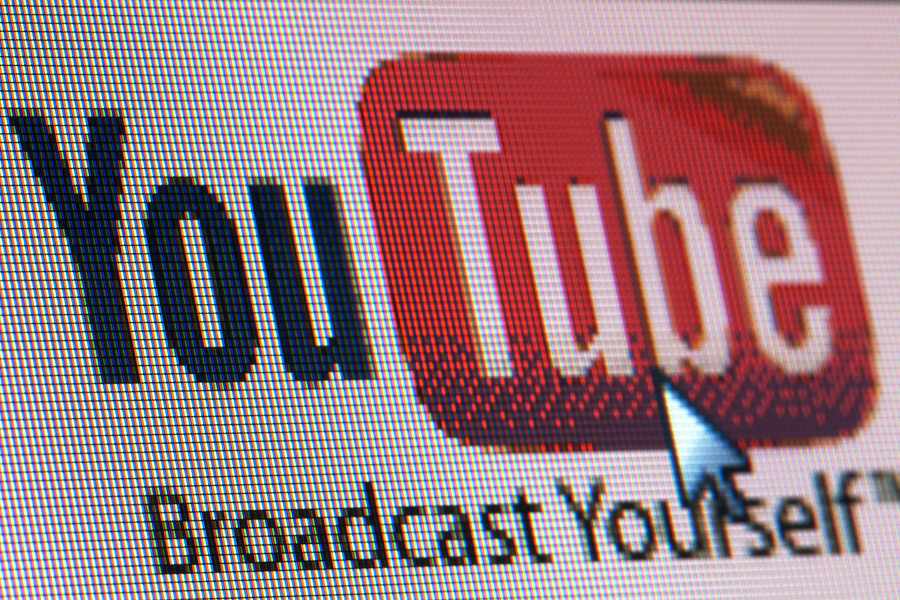 Secondly, when a user clicks this button their subscriptions are fed to them in a cluttered and disorganised mess of videos, many of which they may have seen before. The newest content is not always prioritised and they may have to scroll down the page quite a bit to find new videos. What this means is that although your subscriber counts are rising, your overall reach is dwindling because simply put, your subscribers can’t see you.

As a case study, I have more subscribers than I’ve ever had but despite making 3 times the videos in November 2013 when compared to November 2012, my views for this period have halved. The reason I believe that Google will remove the subscription function entirely is because they are making it less relevant just as they did with the video response feature. In their last two site redesigns, they have made video responses, a once super popular feature, into an impractical one. They then blamed the users for not using it very much, citing a low click through rate and eventually phased it out. The truth is, Google marginalised video responses and they are doing exactly the same thing to the subscription feature. Don’t believe me? Ok, I got one word for you! Facebook.

Google is terrified of Facebook because it is one of the few corners of the web that it can’t crawl all over. Therefore it created its own social media site called Google+. Trouble is, Google+ is terrible and for a long time was mostly only used by a small male demographic. Fed up of low adoption rates, Google decided to force millions of people to join Google+ by making it mandatory to link their YouTube account to a Google+ account. As a result, your YouTube account is now represented by a Google+ page and now Google can brag about how their flagship social media site has enjoyed massive growth, even if it was an over the barrel exercise.

Another recent and massively unpopular change to YouTube was the requirement for all users to comment through Google+. This now means that all YouTube activity gets shared on Google+ thus making it seem as if people are actually using the site. Google is desperate to further erode the walls between YouTube and its new social media site in order to bolster it further. You’ll now notice that your YouTube Google+ page contains several +1s or whatever the bloody hell those circles things are supposed to be. I don’t know, I try to spend as little time as possible on Google+. These are people who have migrated from your YouTube channel.

You can see what’s actually happening here, Google is downgrading the value and importance of native YouTube subscriptions and replacing them with Google+ page followers. Now I only have a couple of hundred followers over there when compared to my several thousand YouTube subscribers, but with all this promotion of G+ over YouTube, doesn’t it seem like the very concept of subscribers means nothing? Especially when you factor in the neutering of the subscription box feed I mentioned earlier.

We are being primed slowly to accept Google+ as the primary means by which we interact with our YouTube audience. Trouble is, Google+ is simply too far removed from YouTube for people to care about it enough. I can think of plenty of big YouTubers with hundreds of thousands of subscribers if not millions, who stand to lose out significantly from this, and smaller YouTubers like myself having to discover alternative arrangements entirely because this situation is simply unsustainable.

Google has completely forgotten about the one thing that has made this site great, the users, that’s why it was called ‘YOU-Tube’, it’s YOUR space to create content and express YOUR opinion! But instead Google have discarded that, they’ve made unpopular change after unpopular change, many of them with unbelievable bugs and other technical issues and they’ve handed more control to large corporations to promote and plaster their content all over the site instead. Just as they did with the video response function, Google will eventually release a statement saying that the subscription function was no longer popular so they have decided to eliminate it to try to “better meet the changing needs of users”, or some other such nonsense propaganda.

In truth they want you to spend all of your time, energy and money on Google+ advertising in order to grow a new subscriber base over there. There’s even a YouTube menu button on your Google+ page, which will no doubt become a prime location in their newly re-imagined future YouTube. Most big YouTubers will tell you that it would be very difficult for them to start all over and build the same audience size on Google+ as they have done on YouTube because when they made it big, there was a lot less competition on YouTube. Nowadays the bandwidth of people’s attention is being captured by a great deal of distracting content and a lot more video creators chasing less subscribers and less revenue.

It seems certain that the future for those people who make a living from producing video content will no longer be able to fully depend on YouTube. It is now time for video creators to no longer think of themselves as YouTubers and instead step out from Google’s shadow and expand to encompass many other platforms, blogs, video sharing sites and social media locations. We must become less dependent on Google’s ecosystem and more innovative in how we make a living from video blogging. The sooner we start recognising that YouTube is a sinking ship, or at the very least, a much less significant place to do business, the sooner we can exercise greater control over our own destiny.

Here’s to a brave new world of online video creation.

3 thoughts on “Why Youtube Will Soon Remove The Subscriber Function”