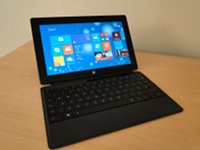 The Microsoft Surface Pro 2, this review might be the most difficult I’ve ever undertaken. Why? Because quite simply, this device is conflicted about its identity and so utterly schizophrenic about its categorization that it’s hard to really compare directly against other products on the market. Is it a Tablet, a laptop, a desktop PC or some kind of weird hybrid?

This entry level €899 model comes with 64GB of internal SSD storage, which can go all the way to 512GB. RAM starts at 4GB but can be doubled. The resolution is full 1080p and gorgeous. However it’s important to make one thing clear from the beginning, this is the Pro version, which means it runs a Core i5 X86 class processor from Intel and not the ARM chip found in the cheaper Surface 2 model, which was once called Surface RT. Confused? You should be. 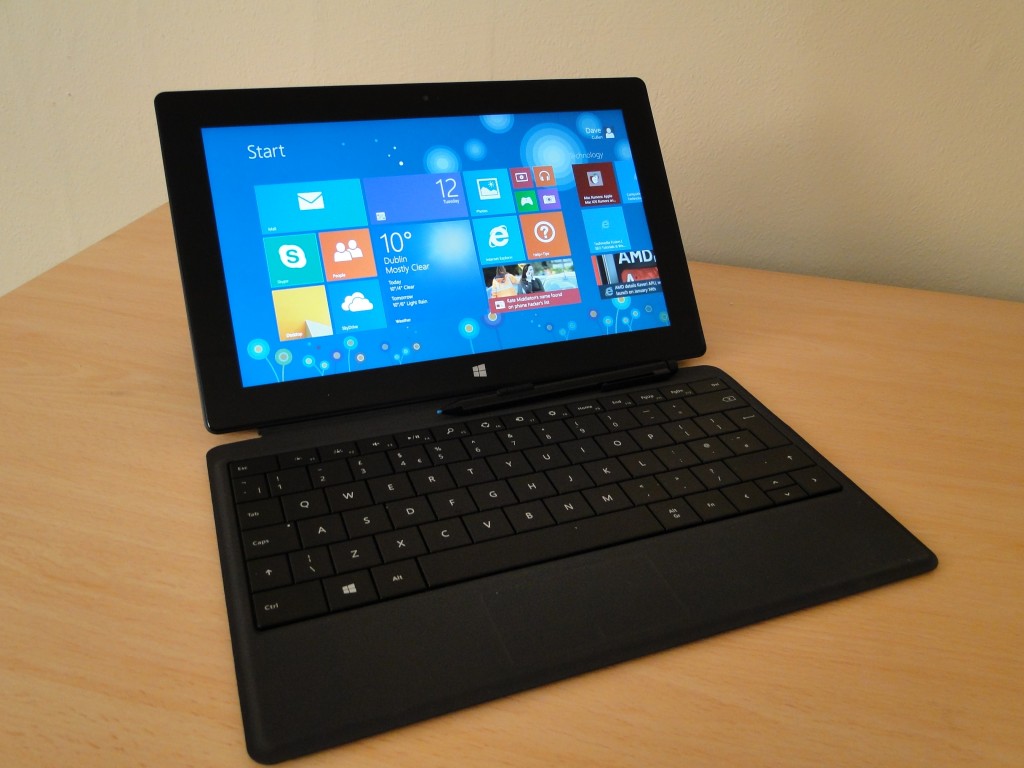 Due to technical disparities in how mobile and desktop processors work, the Microsoft Surface line comes in two distinct versions, with different editions of Windows 8. One that works with ARM-based CPUs and starts from €439, that’s the one that competes against the iPad Air. Legacy Windows 7 desktop applications don’t work on that machine. And then there’s this one, the Surface Pro 2, which runs full Windows 8 on an Intel processor and all previous applications you used before will work here.

It’s also more expensive as I’ve said and really designed as a convertible tablet, laptop, desktop solution. However a lot of people are confused about just how effective it will be in any one of those configurations. More on that later.

For starters, let’s look at it from a tablet perspective, this machine looks fine head on, the bezel does look a little thick when compared to newer Android and iOS Tablets but the display is high quality and the build quality is excellent. However, from the side it’s a different story, this machine is very thick and weighs 2 pounds, making it double the weight of an iPad Air and only slightly lighter than a MacBook Air 11-inch model. Perhaps then this isn’t such a bad thing, after all, it’s designed to fill a niche between a notebook and a tablet. Nevertheless, buying this as an alternative solely to an iPad would be a mistake. This is much more than a basic tablet. Using Windows 8 with its modern UI is a unique experience and Microsoft deserve a lot of credit for coming up with something very original. The live tiles give you lots of information about what’s happening on social media and various websites you subscribe to and the machine is very responsive and reliable. 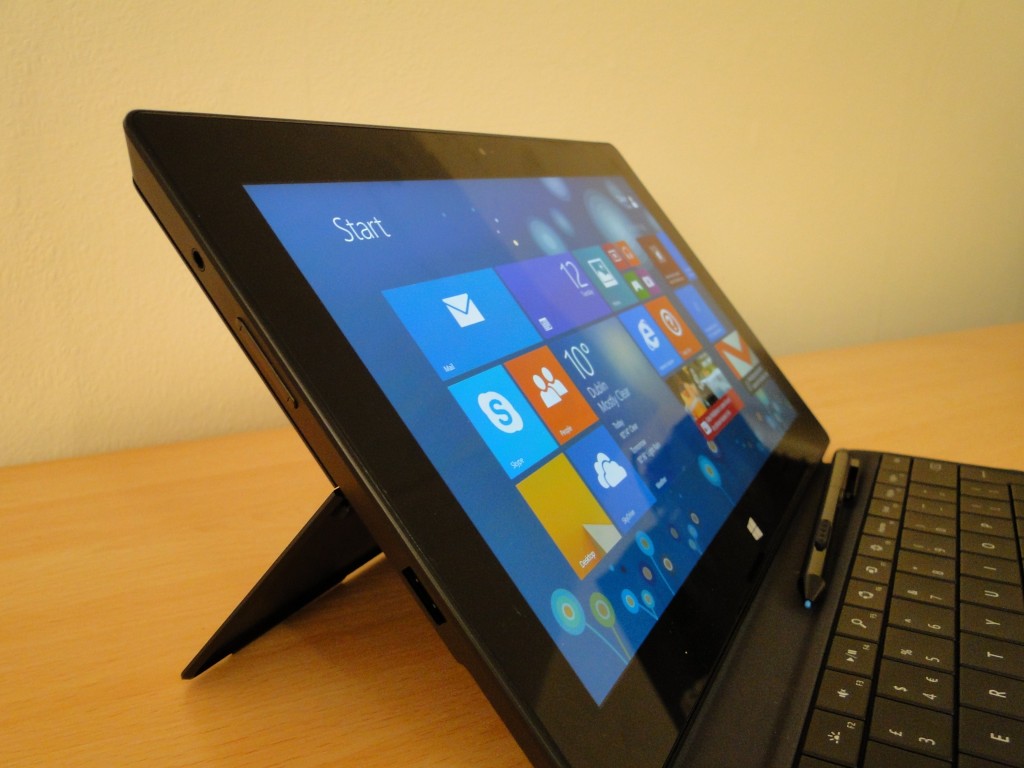 Also it’s my opinion that web surfing is better on this device and than iPad because of the nice 16 x 9 aspect ratio and full desktop-class web borrowing experience. I like how the tabs work and having the address bar on the bottom appear only when needed gives a more immersive feel. However, transitioning from an iPad to a Surface is a little tricky. The Modern UI, as simple as it may be, does have a slight learning curve, it’s not completely a pick-up-and-play experience, as evidenced by this Help & Tips tile. The reason being, this is a much more elaborate and customizable device than an iPad with much more settings options and native OS applications to consider. And it should be, after all, an iPad runs a simplified mobile OS and is effectively an appliance-type computer where as the Surface Pro 2 is a full PC. The Modern UI is not an OS, it’s just a graphical top layer UI bolted on top of….taddaaa! The man behind the curtain, Mr Windows Desktop.

Yep, the transition between these two worlds is jarring, Windows Desktop is there for two reasons, 1. When you need to do serious work that the Modern UI environment won’t allow you to and 2. For when something goes wrong with Windows. Yep, the notorious device manager and system registry are all still a part of Windows 8 / 8.1. But the Windows start menu isn’t and let’s face it, that’s the only reason the Modern UI is there to begin with is to replace it. Happily though, you can become accustomed to using your device in this way and pin most of the links and shortcuts to your home screen that once occupied the Windows start menu.

The Surface Pro 2 also comes with a stylus, which being honest, you will rarely use but due to the poor implementation of capacitive touch in the desktop mode, works well in that setting, just not great in the Modern UI. Your finger is far better. Where it comes into its own is for drawing apps and scrawling down notes. Artists will derive value from this for sure but the majority of people won’t and despite the magnetic latch on the side of the pen, I can see a lot of people losing their stylus down the back of the couch. Incidentally I used to be able to draw when I was a kid, now it’s stick men and simple houses.

Front and rear cameras are solid, probably perfect for Skype, which by the way I couldn’t get working on this thing at all. Anyway, I’m sure another hour of trouble shooting would have got it going. We’ll move on, yeah video recording capabilities are full HD and audio recording is more than adequate. For watching movies and video, the Surface Pro 2 is a step ahead of the iPad in one respect, YouTube videos are displayed in full desktop mode, which means on screen annotations work. You’re not forced to make do with a limited mobile version of a website.

But there is an inexplicably ridiculous down side to Microsoft’s approach here, the Type Cover 2 is sold separately and it ain’t cheap at €150. That’s pricey, and not having it means that you’re trying to use the Surface Pro 2 solely as a tablet with a desktop OS underneath and no way of adequately using it correctly when in that mode. A keyboard is essential, not just for when in desktop mode, but in order to allow the user the benefit of having a convertible tablet / laptop in the first place. Yes you can dock the Surface Pro 2 with your own bluetooth or USB keyboard and mouse but then all you have done is effectively paid the same money for an ultrabook or entry level notebook, and only gotten a low-end Core i5 processor with a 10-inch display and no keyboard. If you wanted a laptop then this wouldn’t be a good option because for the money you paid you could go out and buy one that has a larger screen, more power and you know, has its own built in keyboard!

So if you want a tablet and laptop solution you have to shell out the cash for the Type Cover 2 also and that doesn’t seem fair to me. On the subject of the Type Cover 2, it’s nice to type on, I found the keys responsive, the backlit keyboard is a nice touch, amazing they managed to fit it in at all. The trackpad works ok, it’s small but easily helps make this a decent ultraportable.

Because this machine has desktop-class components inside, battery life isn’t remarkable. It’s really only about 5 to 5.5 hours depending on what you’re doing. For those of you on the fence about the Modern UI, it’s nice enough to use, multitasking and split-screening are really great features, but the things like killing applications and viewing open apps is still a little imprecise to me.

So should you buy a Surface Pro 2? Well usually users who buy this are looking for an all in one machine. They want to dock it at their desk with its nice kickstand and attach the keyboard and then output the device to an external display, or two if you’re so inclined. Something the iPad Air can’t do. You can even wirelessly connect a display, very cool. So yeah, they want to use it in a desktop mode and then undock it and use it on the go as a tablet. Trouble is, as I’ve said before, it’s too pricey and underpowered to be a laptop / desktop machine, the Core i5 clock speed is only 1.6Ghz after all so don’t think of this as a desktop replacement. It’s faster than an iPad Air but until they start sticking in Core i7 chips with higher clock speeds, I don’t think people will be throwing away their tower PCs or notebooks.

Secondly, as a tablet, it’s too thick and heavy and not for everyone. By that I mean, the battery life isn’t brilliant for long term mobile use and although it may make for a better productivity machine over an iPad, because it can run Office, which is sold separately. Remember, on the Mac iWork and iLife are now free. Might want to update the business model Microsoft. 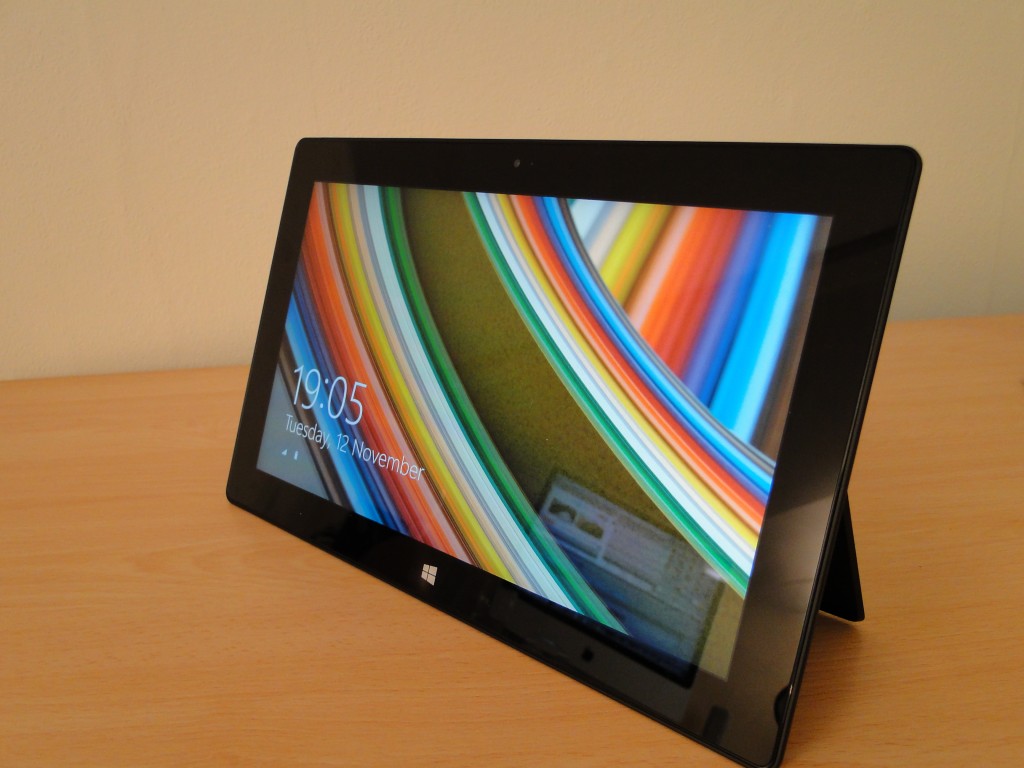 Furthermore, it is a more complicated mobile OS, it’s not difficult to use or anything but everyone already knows how to use iOS 7, whereas this requires a little bit of time to figure out where everything is and how it all works. And then there’s the whole, trying to understand the relationship between Modern UI and the desktop setting, the lack of a proper Windows start button and remember, unlike iOS, many new Windows applications require registration to run when opened for the first time, you’re nagged with Window updates and restarts in much the same way you always were. If you’re a long term Windows user and used to all that, then fine, good for you.

But consumers expect a more intuitive and cleaner experience with mobile computers. Microsoft have tried to do the seemingly impossible, merge desktop and mobile environments into one cohesive package and also blend a desktop, laptop and tablet device into one. Once upon a time just before the iPad 1 was launched and even for some months after, myself and many other people, really wanted a tablet computer just like the Surface Pro 2, a machine that is all things to all people.

Could it even be done right? Microsoft, have taken a big whack at it and produced the Surface Pro 2 and it’s pretty much exactly what we all asked for. But now that I hold it in my hands, I’m not sure I like what I see. Remember, assuming that this Windows 8, convertible tablet market takes off, there will be better options in the future, How long before Microsoft release a thinner, faster and lighter version of this Surface Pro series? This thing is way too heavy and way too bulky. The keyboard is nice but should be included in the price, the Modern UI still needs some perfecting, the battery life isn’t good enough and already better alternatives are emerging such as the Sony Tap 11.

If you want a Windows 8.1 laptop and a tablet all-in-one, I can completely understand why you’d look at the Surface Pro 2, but hang on in there. Wait until there’s been further development in this product category and keep an eye out for other manufacturers to see how they will compete with this. Unlike the iPad where Apple are the only people who can product an iOS-powered Tablet, there are plenty of companies who can produce Windows 8 Pro-edition tablets. Let’s see what comes next.

My final score for the Microsoft Surface Pro 2 with Type Cover 2 is 7.5 out of 10. It’s not for everyone and they are trying to shoe horn too much into it but it’s certainly a good effort.