The Secret of Apple’s Success 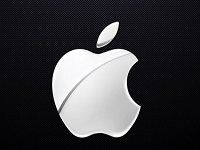 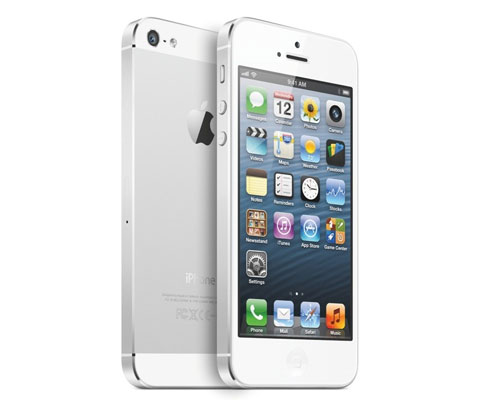 Following the recent unveiling of the new iPhone 5, Apple’s share price has hit an all-time high. Its launch was also met with unprecedented pre-order figures. Despite the considerable consumer interest in this new smartphone, industry opinion has been largely divided. Overall the phone doesn’t offer a truly groundbreaking new user experience. Besides the larger 4-inch screen, 4G LTE, a faster A6 processor, a now dated looking iOS 6 and a thinner and lighter design, the iPhone 5 is basically just a slightly taller 4S. Tech analysts and reviewers have praised its luxurious build quality but criticized its lack of innovative new features. Many of the new software developments in iOS 6 (with its tired looking UI) have been part of Android for many years. The iPhone 5 feels very much like Apple is playing catch-up to the offerings from Samsung, Nokia and HTC.

This is also not the first time that Apple have unveiled a subpar product and still generated massive demand from consumers. Both OS X Lion and Mountain Lion introduced only minor iO6-inspired features that hardly make for greater productivity, and yet both operating systems enjoyed substantial adoption rates. The iPhone 4 was basically just a faster version of the 3GS with a fancy new chassis, unreliable antenna and a retina display; but it quickly became the fastest selling iPhone at that time. The new iPad was widely considered to be a major disappointment also, however Apple’s share of the tablet market has in fact grown since its introduction.

How can we reconcile the apparent practical limitations of the iPhone with its disproportionate success over its equally or in some cases, more capable rivals? What sets Apple apart from its competitors? For all intents and purposes, the 4.7-inch Samsung Galaxy S3 is a superior smartphone. It boasts live wallpapers, widgets, S-Beam technology, Direct Call, Smart Stay, NFC, MicroSD expansion and a removal battery. By contrast the iPhone 5 lacks all of these killer features but somehow manages to punch well above its weight. Of course the hardcore Apple fanatic element will remain loyal to their brand no matter what, but the general consumer base also seems to retain an inexplicably positive sentiment towards all things Apple. When the late Steve Jobs was still with us, it was dubbed the ‘reality distortion field’, that powerful, manipulative, magic aurora that wooed consumers into emptying their wallets at the sight of the latest shiny new device from Cupertino. 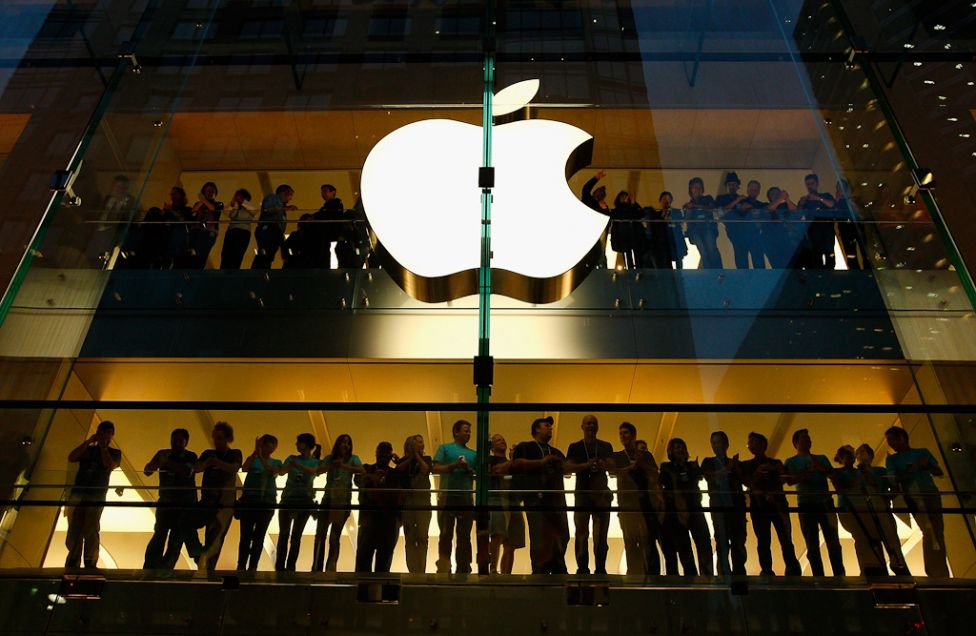 In truth, what Apple has done since its resurgence in 1997 is capture the consumer zeitgeist through brand development. They have managed to build a relationship with their customers that no other company can match. This has been achieved through the use of powerful marketing campaigns and advertising. Persuasion by associate desire is a two-way asymmetric form of communication that seeks to link a product, service or idea with a social issue or something that is already liked by the target audience. Apple have become the global masters of this technique, it is the primary reason they have become the world’s most valuable business in the history of businesses.

This scientific persuasion technique is based on the manipulation of human psychology. Edward Bernays was the founding father of Public Relations in the 1920s and he had learned everything about psychoanalysis from the writings of his uncle Sigmund Freud. By studying the human mind, Bernays learned how to help American corporations make people want things they didn’t need by linking mass produced goods to their unconscious desires. He successfully turned the United States from a needs culture into a desires culture, were self centered behavior would drive a new consumerist society. This process sought to make consumers think that they would feel better about owning that product or service. The strategy successfully encouraged women to smoke in public during the pre-war era by linking tobacco advertising with the fight for gender equality. 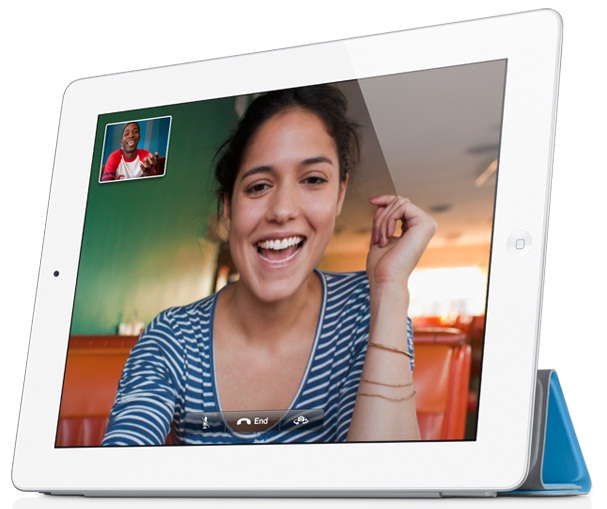 The automotive industry also employed this technique by presenting  cars as status symbols. We have all seen advertising campaigns that have used sex to sell their products also. Propaganda techniques like these have always been used to short circuit rational thought and reason. Modern examples of this form of persuasion can be seen in Apple’s emotive and provocative commercials. Their ads show affluent and privileged people with idealized lives and attached their products and services with the important moments that we cherish like the birth of newborn babies, family occasions, vacations, weddings and birthdays. The people depicted in the Apple commericals are always happy and attractive with exciting and busy social lives. At a subconcious level we identify with these characters and project ourselves into their situation.

Apple’s products simply seem cooler and are presented with an emphasis on improving the user’s daily life. Consumers have bought into Apple’s brand identity of ‘Think Different’, and this has been a very clever way of encouraging people to overlook things like comparing hardware specs of its products to those of its rivals. After all, we are told it’s all about the ‘user experience’ and not about those silly, geeky Ghz and boring pieces of silicon inside. When in fact, for those who know better, these details are actually extremely important. Apple have managed to pull an absolute PR master stroke when it comes to their marketing.

Where Samsung and others fail to reach consumers on this emotional level, is their lack of brand awareness. I would lay good odds that you probably don’t even know Samsung or HTC’s slogans? As I write this article I am racking my brains trying to recall either of them. Can you name the CEOs of Samsung or Nokia? Only a Google search could help me there. By contrast, everyone knew Steve Jobs and the story of how he built Apple from his parents’ garage. A good deal of the general public will be at least familiar with Tim Cook and Jony Ive. Regardless as to whether these corporations can produce better products or not, they cannot truly begin to chip away at Apple’s market share until they learn to master both the advertising and brand development strategies. 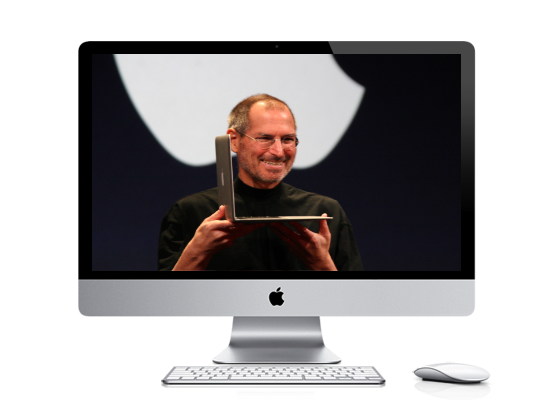 Consumers choose Apple over their rivals because they have been convinced that they are investing in a company that cares about them and values their opinion. In truth, the constant complaints I receive from Apple customers about the absence of key features from their products, only serves to prove that the opposite is true. It took an absurd amount of time before Apple finally acquiesced and gave iOS users such long awaited features as multitasking and improved notifications. The restrictiveness of their eco-system is further evidence of this lack of concern for customer needs. Apple almost never listen to their customers and even Steve Jobs admitted that ‘most people don’t know what they want, you have to show them what they want’. Their Apple Stores further help to create a sense of community with their customers in a way that Microsoft and others seem unable to match.

It is clear that Apple produce excellent products and they have on occasion managed to drive innovation in the tech industry forward. However in recent years their creativity and ingenuity has taken a backseat to an over reliance on marketing and branding. I’m not sure there are many companies that could get away with producing such uninspiring products and still continue to enjoy the staggering success that Apple has. I can tell you this, if I had a penny for every time I received a comment from my subscribers saying something like: “I was disappointed with the new iPhone, but I’m going to buy it anyway”, I would be one wealthy Tech Journalist.

Check out my most recent YouTube video on the iPhone 5 below: