The Good, The Bad and The Ugly of Technology 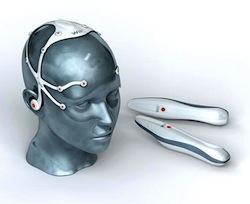 My name is Harry and I am honoured to be guest blogging here on Computing Forever. For those of you who know me, you will know just how much I love technology and gadgets, as I am sure the same is true for most of you. However recently I have began questioning the direction we are taking as a society in terms of technology and the paths we seem to be heading down. Just exactly what type of sacrifices are you and I prepared to make in the name of technological advancements?

I guess, some of this has come with age and perhaps quite a bit with fatherhood, for the younger generation, technology is really all they have known and moving forward is not happening fast enough. I wouldn’t say I am a particularly awesome Dad, but in the same vein I am not a bad Dad. I love my children more than life and I have always wanted the best for them, however it is this strive to provide the best for them that has kickstarted this doubt and caution towards technology.

This year, as a family we headed of on holiday for two weeks, we stayed in the UK and so drove four hours to our destination, the day before we left I gathered up all the tech that belonged to myself, my wife and our three children, items such as iPods, iPhones, Kindles, iPads etc. I was amazed at the amount of tech we where taking with us for what was supposed to be a relaxing holiday, so much so I took a photo of it all and posted it on twitter. At the time I took the photo in a light hearted manner, not really understanding the magnitude of what was going on. 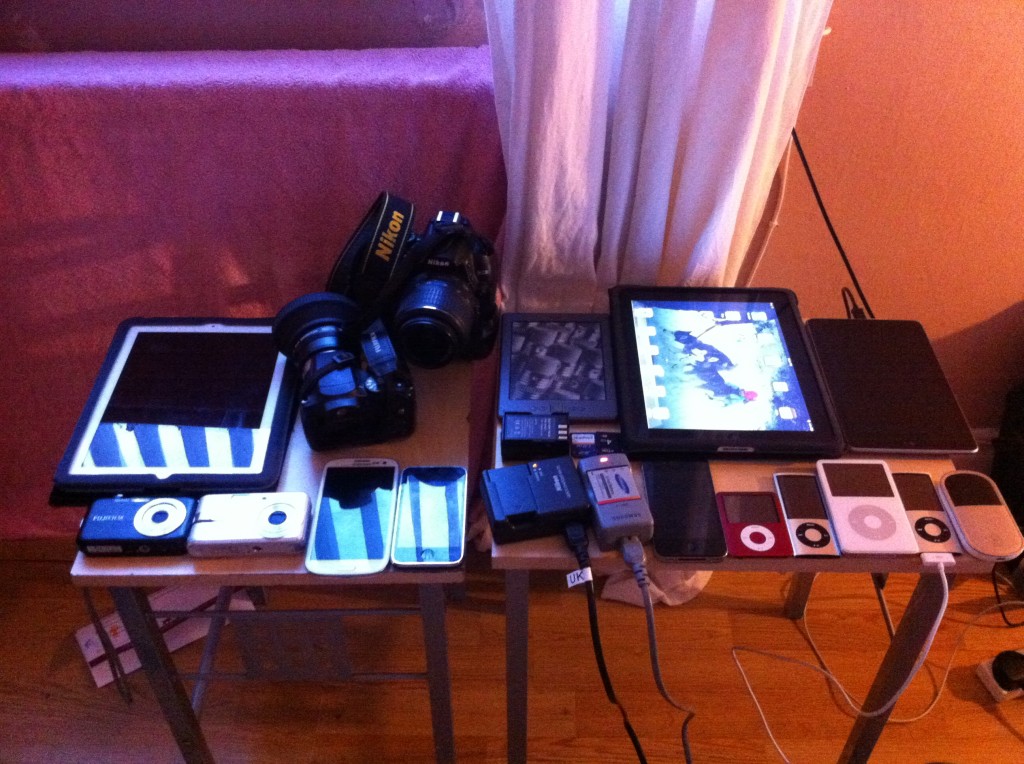 when we arrived at our location, unbeknown to us, there was a 1GB data allowance for the entire complex for the term of a month. The first day was fine, on an evening the kids settled down watching a movie on Netflix or my eldest daughter sent emails to her friends back home. On the second day, the wifi connection had reached it’s maximum and no more internet connection was available for anyone in the entire complex. For my wife and I, it was a blessing in disguise as we had no option but to unplug and relax, but for our children, things where just about to get worse. By the end of the first week my youngest daughter aged 7, was actually crying because there was no Wifi and she was unable to watch Netflix on an evening or connect with her brother whilst playing Minecraft on the iPads. It was at this point that I knew I had failed my children as a father. There I was, as smug as could be, thinking that I was preparing my children for the digital revolution, the so called “way of the world”, when all a long I was like the common drug pusher on the street, fixing them up with WiFi. I know it sounds like a far fetched comparison, however watching my kids and other teenagers from the complex react at the unavailability to the online world, was just like watching a junkie needing a fix.

I talk to other parents, the parents of my kids friends and they experience the exact same problem, they find it almost impossible to motivate their children to spend time outside, desperately trying to bribe or force their clutching hands from the games controller in order to experience reality, as opposed to a virtual life through Sims. As parents we then try to talk ourselves off the hook, suggesting that we have no control over such desires in this day and age especially taking into consideration that they all have to submit homework to their teachers via the internet. As parents we can only pay for food at the schools via the internet, but no matter how hard we try, it is still 80% the parents responsibility.

But this is not the only sacrifice we are making, literature is also suffering. Long gone are the days where you had to be an excellent writer to have a novel published, with experts on hand to ensure spelling, grammar and punctuation where all correct. Anyone can publish an e-book and in most cases, nothing in place to ensure simple grammatical errors are corrected, thus we find ourselves purchasing books from online stores and not being able to make head no tail of them. Sure you can leave feedback, ensuring the next person doesn’t make the same mistake, but that is not going to give you back the £9.99 just spent on literature rubbish.

I know after reading this it will be hard for you to believe that I have my own website dedicated to technology and that I really do think the advances made as a result of technology is phenomenal, but like all things in life that is good, too much of it can turn bad. Becoming consumed in all the good aspects can leave you very much blind to all that is rife for exploitation, by which time of course it is too late and you are metaphorically being swept away at a rapid pace. In the wrong hands, powerful technology such as the internet is even more dangerous, Governments the world over are wanting total control over the internet, the one last place where people can openly speak out against tyrant dictators. If this in fact ever happens, then technology will most certainly be turned against the majority for the minorities gain.