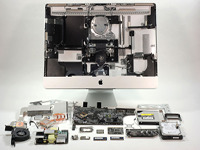 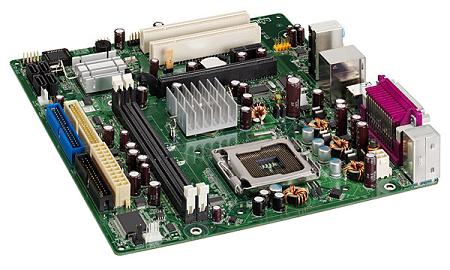 In my experience it’s a very rare situation to be 100% satisfied with every aspect of your computer’s setup. There’s always at least one specific area you wish could be improved. Right now on my 2009 MacBook Pro I’d like to quadruple the RAM to 8GB and install a 128GB flash drive. These two upgrades would provide significant performance increases and would allow me to update to OS X Mountain Lion with confidence.

As for my 24-inch 2008 iMac, (which I am planning on replacing hopefully later this year) it’s a question of where do I start? I have a lot of YouTube-related video files on my 750GB hard drive and when you throw in the 70GB Windows 7 partition, available storage is gradually becoming an issue. Boot-up and shutdown speeds are still reasonably acceptable even after four years; although a noticeable and frustrating hard drive lag has sadly taken hold. In fact one of the main reasons I still haven’t updated this machine is because it has had far more longevity than any of my previous computers. That said, the 4GB of DDR2 memory and aged Core 2 Duo processor have become insurmountable bottlenecks. Opening heavy applications, editing full 1080p HD video and running multiple desktops now seem slightly beyond the capabilities of this once snappy all-in-one Mac.

Furthermore, the lack of ThunderBolt and USB 3.0 ports has meant I am forced to rely on dated I/O connectivity. USB 2.0 and Firewire 800 are certainly no slouches when it comes to file transfer speeds but as my video file archive increases, so too does my need for faster backup storage solutions. I’m perfectly happy with the 24-inch display, although the standard definition facetime camera (formerly iSight) isn’t exactly up to much.

My 24-inch iMac finds itself in a similar situation to my MacBook Pro when it comes to OS X Mountain Lion. Both machines remain firmly saddled with Snow Leopard, having never made the leap to 10.7 Lion. The reason I haven’t upgraded beyond SL is simple, both machines may meet the minimum specifications for those new operating systems – but only just. I simply couldn’t accept mild to moderate performance decreases regardless of the benefits enjoyed from new features.

So as you can probably imagine, there is a lot that I would like to change about both machines in order to bring them up to a more desirable performance level. However if I had to choose one component to improve in both machines it would have to be the mechanical hard drive. Flash storage would give both machines a new lease of life. In today’s tech poll I’m asking you to name one component you would most like to upgrade in your computer. Feel free to leave comments below explaining why you chose that component.