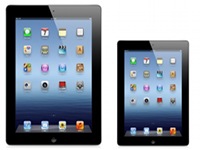 The budget tablet phenomenon has kicked into high gear in the last year with countless manufacturers from Samsung, Arnova, Acer and Amazon adding to the market. Although many 10-inch slates can qualify as cheap and affordable like the Skytex Skypad Protos, invariably the bargain priced tablets come in a 7-inch form factor. The Amazon Kindle Fire had previously shown much promise in this arena. However following the 2012 Google I/O event it is clear that when it comes to quality and affordability, the Nexus 7 is now king. Although the late Steve Jobs had gone on record as denouncing 7-inch tablets as being nothing more than “dead on arrival”, rumors have persisted that Apple may introduce a smaller iPad. 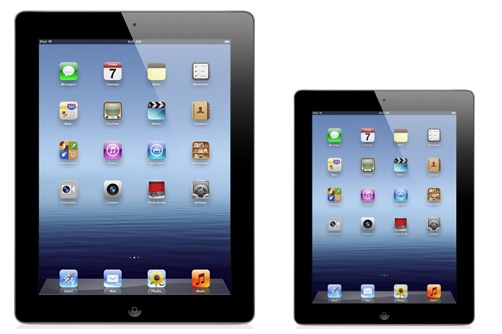 The inclusion of a second smaller iPad product category would allow Apple to not only compete across the entire tablet market but would also serve as a response to Google’s  Nexus 7. This week two anonymous sources from Bloomberg have again revived speculation of a mini-iPad device and even added that an October release date is possible. Such timing would coincide with the expected launch of the new iPhone. This smaller model would be expected to feature a display size somewhere between 7 to 8-inches and would likely be sans a retina display. The price tag for such a device would likely be kept inline with the Nexus 7 at $199. If these rumors are to be believed we can expect to hear something in the coming months.