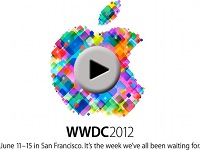 In the world of technology news it rarely gets much bigger than an Apple keynote. Certainly the fanfare and consumer expectation is always high and the WWDC 2012 is perhaps Apple’s biggest annual event. This year Tim Cook and the folks at Cupertino showcased major updates to iOS 6 and significant improvements in the upcoming desktop operating system, OS X Mountain Lion. Both systems appear to include cross-platform features common to both. Apple also launched this year’s MacBook Pro and MacBook Air models with the former now boasting a 15-inch retina-display model and super-thin chassis design. Click on the video box below to watch our full analysis video of the WWDC 2012.