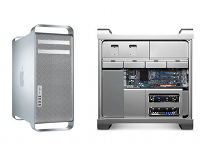 In the midst of all the fanfare surrounding the WWDC 2012, which launched a new retina-display Macbook Pro and major updates to both of Apple’s operating systems, behind the scenes the Mac Pro was quietly refreshed. The Pro has been Apple’s neglected desktop workstation since August of 2010 with no hardware updates since then. Yesterday however, the largest machine in the Mac family finally received a speed boost. Albeit only a minor one. 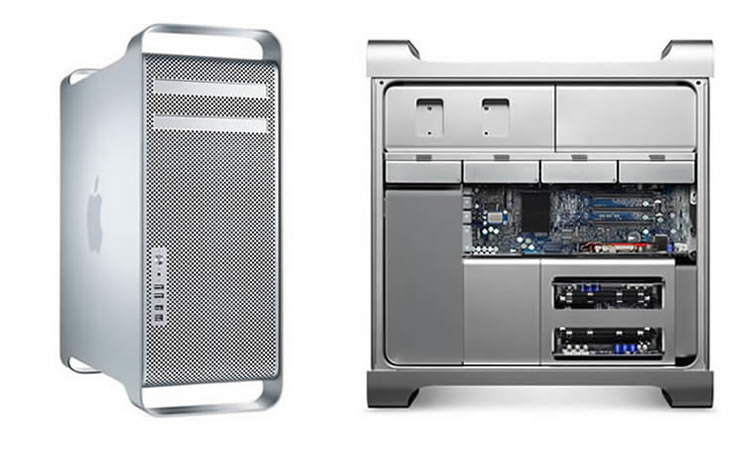 The third and final model is the Mac Pro sever, which offers one 3.2GHz quad-core Intel Xeon CPU, 8GB of RAM and two 1TB hard drives. The GPU remains the same as the two previous models. OS X Lion Server comes preinstalled. The starting price is €3,199 or $2,999.

Surprisingly the Mac Pro has not been updated with the latest USB 3.0 I/O ports, which were introduced on the 2012 MacBook Pros and Airs at the World Wide Developers Conference yesterday. ThunderBolt ports also continue to be absent. These omissions coupled with the considerable delay in refreshing the Mac Pro has led to many users questioning Apple’s interest in continuing the premium powerhouse.

New York Times technology journalist David Pogue maintains that Apple are planning a major overhaul of the Mac Pro some time in 2013. “An executive did assure me, however that new models and new designs are under way, probably for release in 2013”, Pogue said. Macrumors reported on a supposed email from CEO Tim Cook to a concerned customer, which seems to verify this: “Our pro customers are really important to us… don’t worry as we’re working on something really great for later next year”. Similarly the iMac is long overdue for a refresh having been last updated in May of 2011.