Review: Titanic Belfast Experience: A Titanic Waste of your time! 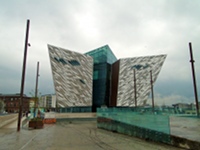 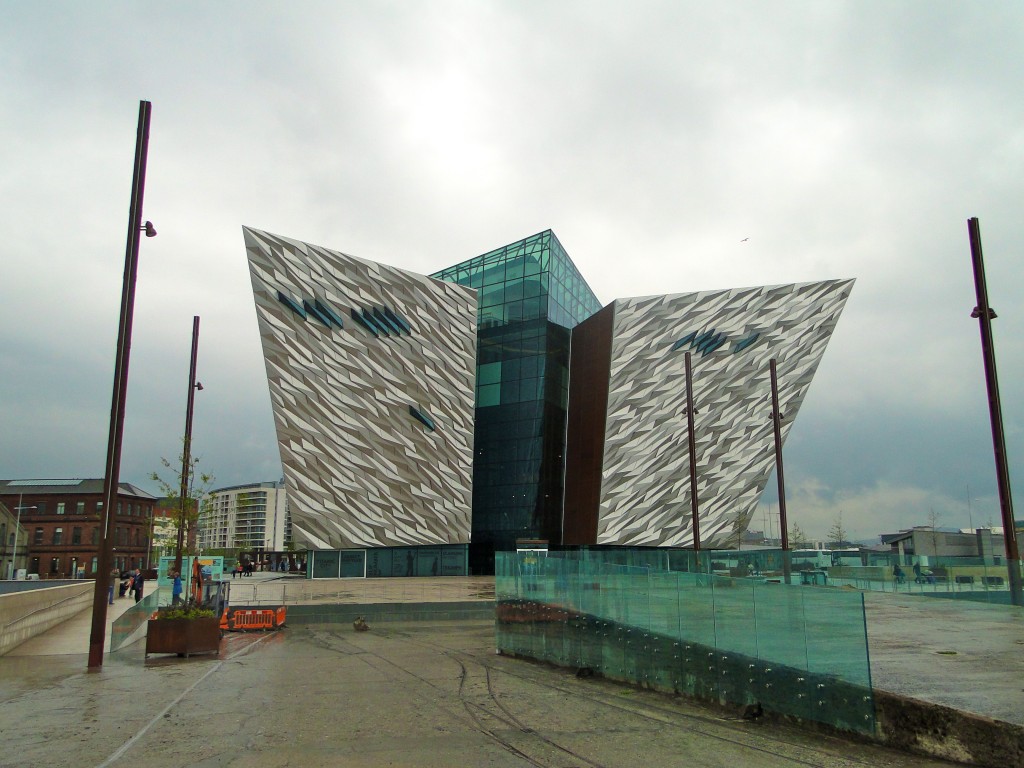 One century has passed since the tragic maritime disaster that was the sinking of White Star Line’s luxury liner the Titanic. The fact that it sank on its maiden voyage coupled with the romanticized myths and embellished anecdotes has made this iconic vessel the stuff of legend. Innumerable books, documentaries and a slew of feature films have only served to add to the the publics fascination with the story of Titanic. On two separate occasions I have visited Belfast to take the walking tour of the famous docklands. The tour includes a visit to the drawing office, the pump house and the dry dock. A truly spectacular and inspiring experience that I would recommend to any history lovers or Titanic fans.

In 2008 I visited the Titanic Artifact exhibition in Las Vegas and was enormously impressed by it. It included, as the name might suggest, a wide array of artifacts from the personal effects of passengers, pieces of the ship itself and all manner of miscellaneous items. There were some wonderful interactive elements such as a mockup iceberg, which visitors could touch in order to get a sense of the frigid temperatures experienced on the night of April 10th 1912. Also visitors were given copies of boarding passes of real passengers and could check the survivor listings at the end of the exhibit to see if they had made it to safety. Whats more, the Las Vegas version included a partial reconstruction of a section of the promenade deck and a full reconstruction of the spectacular Grand Staircase. The exhibit also included a full audio / visual tour of the history of the ship and provided a fascinating insight into the people and the era. This was truly an enjoyable experience and one recommended for the entire family.

So naturally when when the Titanic Belfast building was completed in 2012 to mark the centenary of the sinking, I was eager to pay it a visit. Unfortunately I, like so many other visitors was left enormously disappointed and couldn’t escape the feeling of being cheated out of £13.50. Allow me to explain. First off lets make one thing abundantly clear, this is not a museum. There are no artifacts. Not one! Furthermore, it seems to be billed as a tour when in fact it is entirely self guided no audio guide. It begins with an uninteresting history of Belfast’s economy at the turn of the 20th century and a rather lengthy description of the woolen mill industries of the time. Next we move on to a section dedicated to the construction of the great ship, which consisted of excruciatingly intricate discussion of rivets, bolts and an elevator gantry. From here the exhibit offers a shipyard ride, which is mostly closed for maintenance, a brief gallery dedicated to the launch and a small amount of time given to the voyage itself. The final galleries focus on the sinking (albeit only in passing), the aftermath gallery focuses for a rather unnecessarily protracted period on the public enquiry into the ship’s sinking. It concludes with discussion of the myths and legends that emerged from the films and the last gallery called “Titanic Beneath” provides images and video about the discovery of the wreck.

I should point out that along the way the entire exhibit has no clear linear narrative progression, which is something the Titanic Artifact Exhibition could boast in its favor. The absence of expert guides means that visitors aimlessly bounce from one disorganized gallery to another with no signs or paths to help transition between one section of the experience and the next. By comparison the Titanic Artifact Exhibition created a real tangible atmosphere and sense of the era and characters that inhabited the ship. That exhibit guided visitors through the fateful night based on the timeline of events. It was far more immersive, poignant and emotionally evocative. The Titanic Belfast on the other hand is too text heavy, consisting of wall after wall of dense and heavy reading. The rest of it is comprised of some photos that are available in any Titanic history book and video footage we’ve seen a thousand times before in television documentaries. Even the interactive touchscreen displays feel clunky and uninteresting. There is simply no ‘wow factor’ present here at all. Perhaps the only exceptional element is the exterior design of the building itself, which is truly unique but in the context of this review that would appear to be nothing more than a back-handed complement. However the greatest and most shockingly unforgiving omission from the experience has got to be the Grand Staircase and Titanic suites.

A full scale reconstruction of several areas of the ship including the Grand Staircase were built but for some asinine reason they are off limits to the paying public. Considering this is one of the major marketed attractions of the experience and the primary reason many tourists bothered attending the exhibit in the first place, to not allow them to see it beggars belief. These areas are only available for corporate events and wedding groups. I found this to be an aggravating and unfathomable decision, which left a bitter taste in my mouth by the end of the exhibit. To build a spectacular centerpiece that everyone wants to see and then not put it on public display defies logic. If it had have been included in the main visitor experience it would have at least made what was a rather mediocre exhibition into a reasonably acceptable one. The same disparity between first class and steerage passengers from back in the day seems to exist at this exhibition. Third class passengers on the RMS Titanic also found the Grand Staircase off limits to them just like the average punter attending this attraction today. This makes for a rather ironic and unsettling parallel I think you’ll agree.

The Titanic Belfast fails to live up to the hype of being a world class and definitive Titanic museum. It fails further still to showcase the city to its best advantage. Many visitors will be left scratching their heads by the end and contemplating why the magnificent building appears so large from the outside yet so utterly small and underwhelming from within. Add to this the overpriced restaurant and poorly designed gift shop that suffers from constant congestion (even when it’s not busy) and there is little to shout about here.  In conclusion I’m not sure there is much that can be done to improve the experience without a radical and perhaps prohibitively expensive overhaul. It should have been an immersive and breathtaking journey through the halls of the ship, littered with artifacts and recreations, inspiring tales of bravery and human tragedy. Instead it ends up being a rather dull and vapid affair with little to no emotional resonance. A Titanic waste of your time and money.