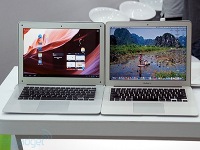 So far Computex 2012 has been largely dominated by Windows 8 and Windows RT-powered devices. So it makes for a nice change to see something radically different. The folks at Engadget have reported on THD’s cheeky little MacBook Air clone called the N2-A that runs Android 4.0 Ice Cream Sandwich. With a chassis design that looks almost identical to Apple’s popular ultraportable, the N2-A is certainly an attractive 13-inch notebook. What’s more it costs about $1000 less than the entry-level 13-inch Air. However you won’t be fooled into thinking that it was made by Apple for very long. The build quality isn’t quite up to Cupertino’s exacting standards. Firstly, you won’t find a glowing Apple logo on the rear clamshell. The trackpad is a bit more miss than hit and the keyboard features a Windows key. This is because THD have produced a Windows 8 version called the N2-C, which features a dual-core Intel Atom CPU. 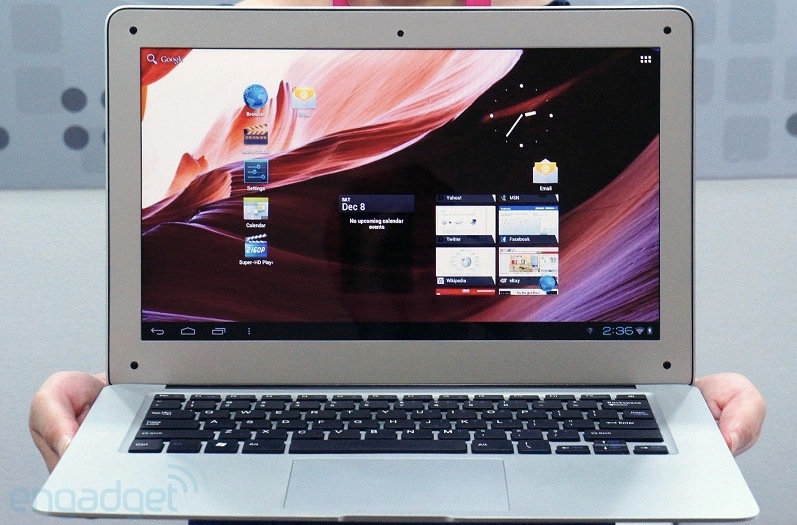 The N2-A runs Android ICS pretty admirably considering the CPU is a rather aged Cortex A8 processor at a clock speed of 1.2GHz. Other specs include 1GB of RAM, 8GB of internal storage, which is expandable via SD card slot and USB 2.0 ports. The display is not a touchscreen however so navigation is achieved entirely through the trackpad and keyboard, although an external mouse can be connected also. There’s even a MagSafe connector for charging but it wouldn’t be recommended to use the provided charge cable with an actual Macbook Air. A headphone jack and a HDMI port round out the rest of the I/O. Battery life will give you about 8 hours of runtime. Overall the N2-A makes for an interesting way to use ICS and a rather fun novelty item for all those wannabe Macbook Air owners out there. At present it can only be purchased in bulk orders of 500 by OEMs in order to enjoy the $149 price point. However according to Engadget a full commercial release for sale by retailers to the public may happen shortly for $200 per unit and the device will be rebranded by OEMs. Check out the Engadget video review below.