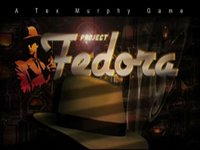 With just 8 days to go, Big Finish Games‘ Kickstarter Campaign to fund Project Fedora has finally reached its target. Tex Murphy fans on internet message boards around the world were starting to become a little twitchy as to whether the goal would be reached by June 16th. At the beginning of this week the campaign had achieved 81% of its total and calculations indicated that based on the amount of daily donations it was going to be a close finish. However following a video update from Chris Jones (AKA Tex Murphy himself) in which he outlined a new strategy to generate additional revenue, the 450K mark was quickly met and surpassed.

Jones described the Magnificent 7 campaign in which seven individual high donors would contribute $4000 for every $6000 pledged by the community. The starting point for this plan began at $386,000 yesterday and within only a few hours the $450,000 mark was exceeded. Big Finish Games has stated that if they can achieve a figure that is more than 30% of the total target, they will be able to produce a larger game with potentially some big name actors. To date over 5000 people have backed the Kickstarter project to produce the sixth game in the Tex Murphy adventure game franchise. The game is slated for release sometime in the autumn of 2013.