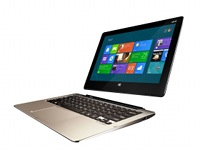 This week at Computex 2012 in Taipei it was all about Windows 8 convertible Ultrabook tablet hybrids. Chief among them was from Asus. The Taiwanese multinational electronics company revealed their Transformer Book hybrid that boasts Intel’s latest Ivy Bridge processors along with Windows 8 and discrete graphics from Nvidia. What sets it apart from the Transformer Prime is that this doesn’t run Android, it runs full Windows 8. As you can see the metallic chassis design and chicklet keyboard are consistent with what we’ve come to expect from the razor thin ultrabook category. These machines offer detachable 11.6, 13.3 and 14-inch detachable IPS displays with resolutions of 1920 x 1080. 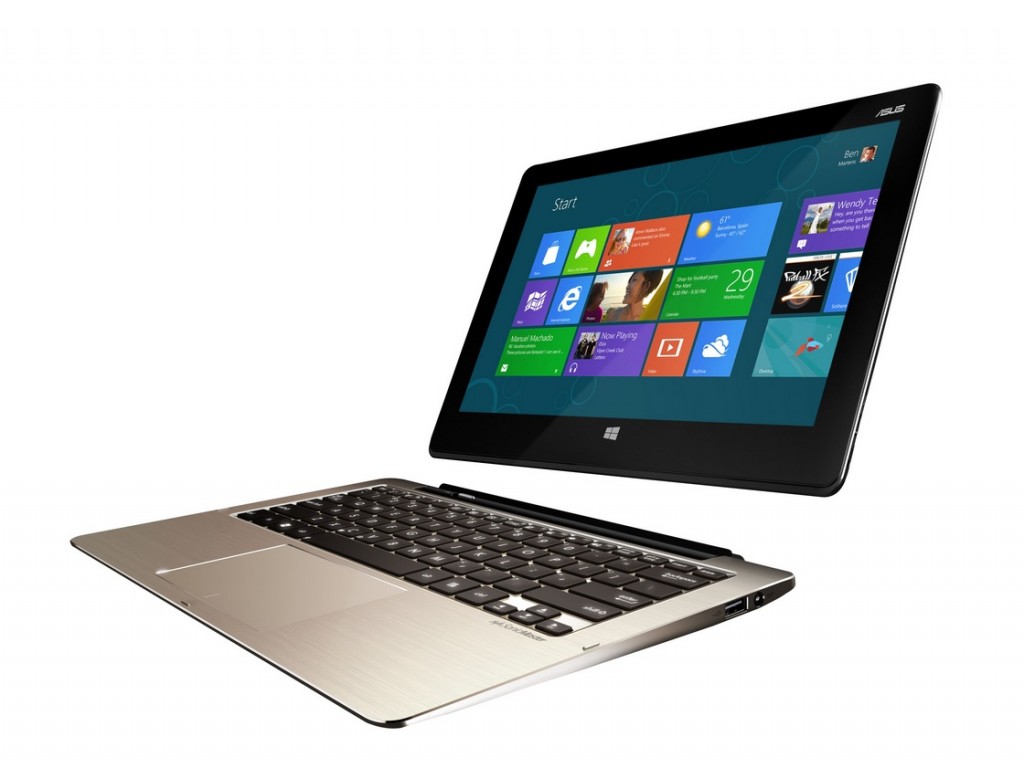 The machine is effectively a multi-touch capable Windows 8 tablet computer with a keyboard dock. Of course when using the device as a tablet the Windows Metro UI comes into its own.  What’s more ASUS are billing this as the thinnest Ivy Bridge-powered device on the market today. Among its other noteworthy features include 4GB of DDR3 memory, USB 3.0 ports, a front facing HD camera and a rear facing 5MP camera.  Solid state drives are also available along with the traditional mechanical variety also. Unfortunately prices and availability have not yet been not provided just yet however. With so many Windows 8 convertible tablets on the market there could potentially be serious questions raised about the future success of Windows RT tablet adoption. Particularly given that there will likely be some fragmentation between the two app stores.