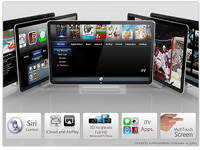 The ongoing rumors of Apple’s new television set continue unabated and this week Techspot and other tech news sites reported that Foxconn chief Terry Gou inadvertently revealed that they are planning to begin its production soon. For several years now unsubstantiated sources have reported on speculation that Apple will soon be entering the living room space with a TV running some form of iOS or the Apple TV UI. In Steve Jobs’ autobiography he remarked that he had ‘finally cracked’ the solution to developing a simplified and intuitive user interface for use with a Television device. Many tech analysts have postulated that this is a reference to the Siri voice assistant being present on the TV set. 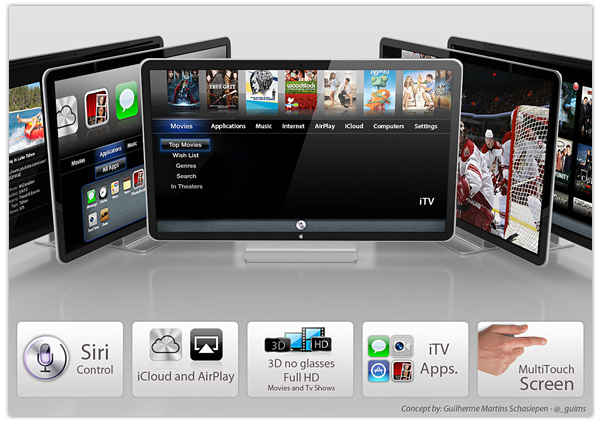 Additional rumored features include having support for iCloud syncing, a Facetime Camera with facial recognition that will track and zoom-in on people in the room, along with access to iTunes and the App Store. As Techspot points out, the name of the device is still unclear with some proposing Apple could discontinue their existing Apple TV media centre device and consolidate its feature set and name into this new television. Alternatively the iTV moniker was also toyed with until the British Television broadcaster of the same name made it clear that this would violate their copyright. Cnet.com maintains that a late 2013 introduction seems possible with a 2014 launch date most likely.

Click on the video box below to view this week’s tech related video discussing this topic.