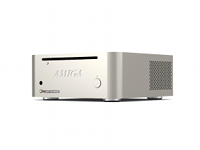 You may remember Commodore USA’s launch of the C64x last year, which was a retro throwback PC to the original 80s classic. Now they’re back with a new small form factor desktop PC called the Amiga Mini. Baring a strong resemblance to the original design of the Mac Mini, albeit a slightly uglier interpretation. This diminutive little computer contains a machine engineered aluminum chassis and offers substantial specifications. Indeed it’s suitable as a media centre computer for use under your television or can be scaled up to become a serious gaming powerhouse. At least it would be if it wasn’t for the fact that Windows doesn’t come preinstalled. Out of the box you’ll find Commodore OS Vision, which is a customised Linux distribution. 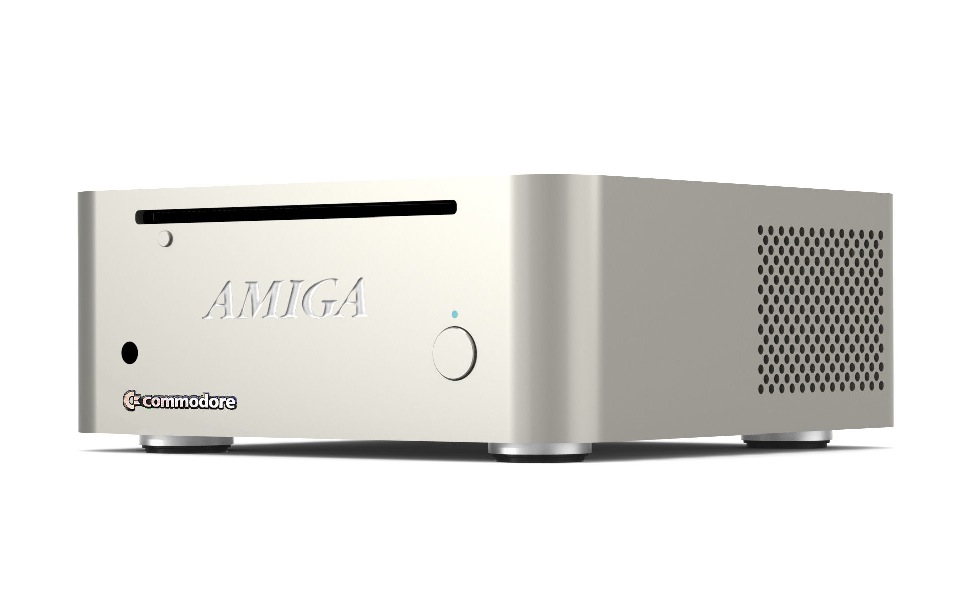 The processor is an Intel core i7 quad-core CPU at 3.5Ghz with turboboost technology that will take it up to 3.9Ghz. Graphics are supplied by the Nvidia Geforce GT 430 GPU with 1GB of video memory. 16GB of RAM are also available along with a slot-loading Blu-Ray drive and up to 1TB of storage. Other noteworthy features include a remote control, 4 USB 3.0 ports and 4 USB 2.0 ports, HDMI output and 2 Wi-Fi antennas for enhanced signal strength. The storage configuration options also provide for 300 or 600 GB solid state drives. This particular configuration is available for a staggering price of $2,495 but a barebones model can be purchased for $345. Regardless this Commodore Amiga Mini bares all the hallmarks of a white elephant computer. The lack of Windows makes having powerful specs a bit of a false economy and the design is less than inspiring. Throw on top of that the absurd price tag and you’ve got a strange niche product that due its complete lack of resemblance to the original Amiga probably won’t even attract the Commodore anoraks it was meant to target.