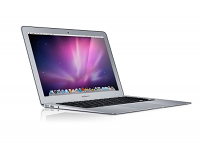 The white Macbook was retired from Apple’s consumer notebook lineup in July of last year. However they continued to sell the machine to education institutions for a discounted price of $999. Now they have completely terminated the once popular laptop and replaced it with a basic configuration 13.3-inch MacBook Air for the same price. It now bares the same internal specifications as the current 11-inch model with the display size as the only differentiator. The processor is a Intel Core i5 at a clock speed of 1.6GHz, RAM is restricted to 2GB, 64GB of internal storage and integrated graphics processing supplied by the Intel HD 3000. 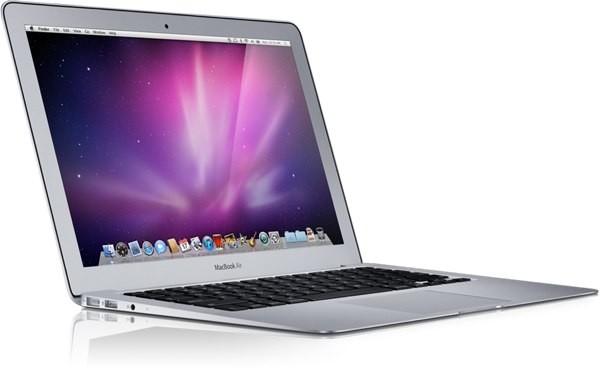 The education Macbook Air is available to schools, colleges and universities who wish to buy the machines in bulk with the 5-pack priced at $4,995 or $999 per unit. This represents a saving of $300 over the existing consumer model 13-inch Air, although that model does boast a 1.7Ghz Core i5 CPU along with double the RAM and Storage.

In related news AppleInsider has added to pre-existing speculation that Apple are looking to completely overhaul their Macbook Pro notebook design and replace it with the streamlined design of the MacBook Air. The news and rumor website maintains that Apple wish to bring the super-slim ultraportable laptop form factor, pioneered with the introduction of the the Air in 2008, to their professional lineup of notebooks in 2012.

The MacBook Pro is long overdue for a revamped look and feel as its chassis hasn’t been updated in almost four years. If the rumors are to be believed Apple might just drop the ‘Pro’ moniker entirely and simply introduce 15 and 17-inch editions to its MacBook Air lineup. This move would be controversial to many consumers as it would mean the demise of the internal DVD super-drive in their notebooks. It is clear that the tablet revolution is having an influence over how manufacturers design their laptops. Tablet computers have changed consumer expectations with regard to how portable devices should function. There is now a greater demand for lightweight machines with fast flash storage for quicker boot-up times, long life batteries and the replacement of outdated optical disk drives with digital distribution platforms like the Mac App Store for example. The MacBook Pro line usually receives a refresh twice per year. In 2011 it was updated in February and October so the first of the 2012 models should be making an appearance within the coming weeks.