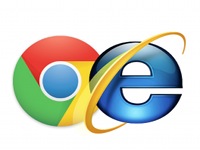 Microsoft may still be the dominant player of the desktop web browser market but Internet Explorer’s stranglehold is beginning to gradually decline with its competitors making serious inroads. With 37.8% of the market share in 2012 IE remains the undisputed champion of the Internet surfing applications, however strong opposition from Google’s Chrome and Mozilla’s Firefox mean that Microsoft’s lead is being eroded at a steady pace. It is clear that many users are switching their browsing allegiance away from the ubiquitous Windows-based IE. Data from StatCounter indicates that between May to December of 2011, Internet Explorer enjoyed 41.69% of the market with Firefox in second place with just 27.16% and Chrome in third at 23.25%. Further back Safari held just 5.48% and Opera and other browsers languished far behind. 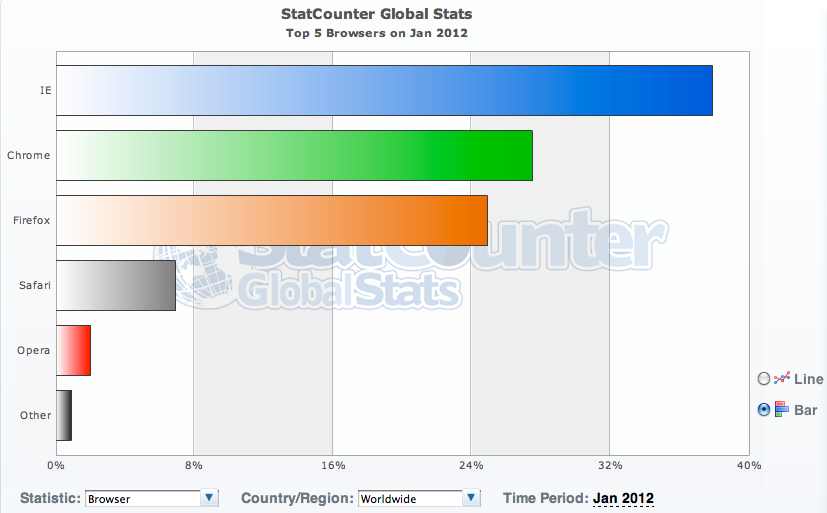 The stats for January 2012 however show an alarming trend. Chrome has not only surpassed Firefox for second place but it is catching IE at a considerable rate. Chrome now holds 27.47% with Firefox dropping to 24.88%. Safari has also experienced growth climbing 1.41% to 6.89%. The biggest loser was IE with its share contracting by 3.89%. Based on this continued growth it appears to be only a matter of time before IE becomes usurped by Google’s Chrome at the top of the browser league tables. Naturally these statistics only relate to the desktop OS market as the mobile web browsing market for tablets and smartphones continues to be dominated by Apple’s Safari browser with 53.3%, Opera at 21.7% and Android at 15.9%.

In March of last year I reviewed IE 9, a solid feature rich web browser, but its achilles heel remains its seemingly unbreakable link to the Windows OS. Chrome, Firefox, Safari and others are available on the Mac and Windows platforms but IE is exclusive to Windows only. Perhaps it is finally time for Microsoft to cut the cord between the two and allow IE to spread its wings as a free download on other operating systems just like its rivals.