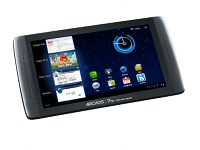 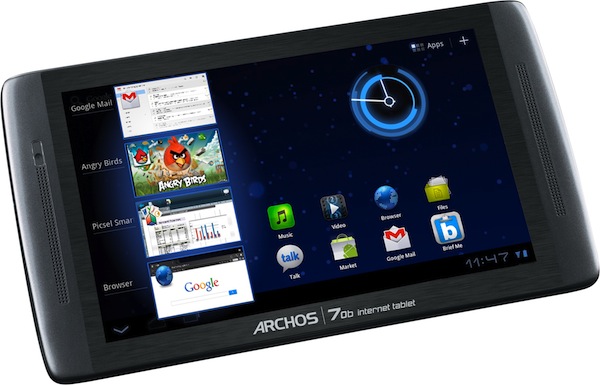 Back in April I reviewed the Archos 70 Internet Tablet, a budget minded $230 slate running Android Gingerbread. Next month At CES 2012 we can now look forward to seeing its successor, the 70b. This time for the reduced price of just $200.

As the name might suggest it continues to be a 7-inch device but now benefits from running Android 3.2 Honeycomb as its OS of choice. This means that it has full access to the Android Market place, while its predecessor had to make do with the limited Apps Lib. Physically the Tablet remains very similar, it offers HDMI output, 8GB of internal storage (optional 250 hard disk) and a display resolution of 1024 x 600. RAM has been doubled to 1GB and the processor has been increased by 200MHz to 1.2GHz.

Although I fully appreciate Archos’ continued attempts to deliver a quality product at a low-end price, I still feel that they need to address some of the issues of stability and reliability that plagued the original 70 Internet Tablet. Wi-Fi problems were among my frequent complaints and at times almost rendered the device unusable. Heres hoping that this has been resolved for the 70b. If so then Archos could have a serious challenger to Amazon Kindle Fire.