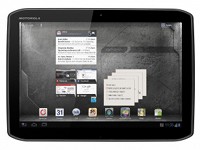 With a stunning design reminiscent of the Acer Iconia Tab A100 series but with a decidedly Motorola inspired design twist, Verizon has unveiled the new Droid XyBoard 8.2 and 10-inch tablets just in time for Christmas. Due to launch later this month the XyBoard offers a 1.2GHz dual-core CPU with 1GB of RAM. A 5MP rear camera and a front facing 1.3MP camera will ensure you’ll have all your video and photo angles covered. 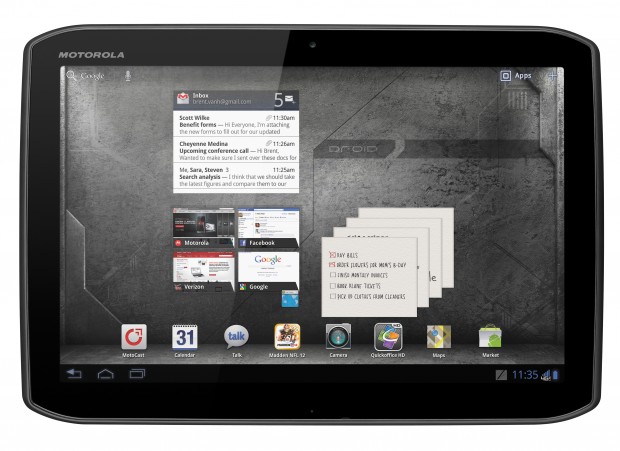 The displays come enclosed in Corning Gorilla Glass for extra protection against scratches. Furthermore they provide a high definition resolution at 1280 x 720 and over 16 million colors. These attractive slates also offer an infrared port, which allows you to transform them into universal remote controls with the addition of the Dijit App. The Tablets are relatively light at 386g, for comparison the iPad 2 weighs 607gs. For the time being the preinstalled OS will Android 3.2 Honeycomb but an Ice Cream Sandwich upgrade is expected in due course.

Pricing may be the device’s downfall however, at least initially. The 8.2-inch Droid XyBoard starts from $429 for the 16GB version and $529 for the 32GB model. The 10.1-inch edition starts at $530 for the 16GB model, $630 for 32GB and $730 for 64GB. Some what alarmingly all of these price points are inclusive of a 2-year LTE contract with Verizon. This decision to launch a premium Tablet on contract at what is effectively the same price as an entry level iPad without any kind of discount seems odd. It seems clear that the lure of super fast 4G LTE speeds is being used as Verzion’s primary justification for such price gauging. New technology carries a premium. In truth, few consumers will justify it as a reason to spend so much money. Particularly when Wi-Fi remains the primary means by which people surf the web on Tablets and 3G is still reasonably adequate in the absence of Wi-Fi.