Packard Bell oneTwo is the thinnest All-in-One ever 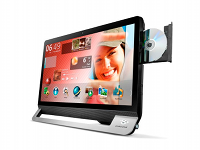 All-in-one PCs have enjoyed somewhat of a resurgence in recent years. Their space saving convenience, stylish designs and competitive price points when compared to standard tower desktops have made them a consumer favorite. Now Packard Bell have introduced the thinnest all-in-one PC ever, the oneTwo. Featuring either a 21.5-inch or 23-inch display and a thickness advertised as being 65% less than it’s predecessor. The oneTwo offers the latest Core series CPUs from Intel along with graphics processor options supplied by Nvidia and AMD. Unfortunately the press release doesn’t specify the clock speeds of the CPUs or the model number of the GPUs so theres no way of knowing exactly how much horsepower or indeed value for money for getting. 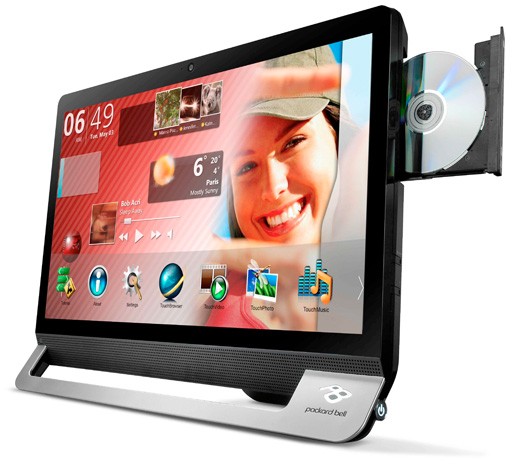 USB 2.0 and 3.0 ports are included along with Blu-Ray, memory card reader, a screen resolution for 1920 x 1080 and 5.1 Creative THX TruStudio sound system. EMEA consumer Division director Luca Rossi says “The PB oneTwo has been a sales hit for Packard Bell, and this new version demonstrates the company’s firm commitment to the all-in-one market.” The Packard Bell oneTwo is due to go on sale this month in the UK with the 21.5-inch model starting from £599 and the 23-inch model starting from £699. An announced of international availability is expected soon.